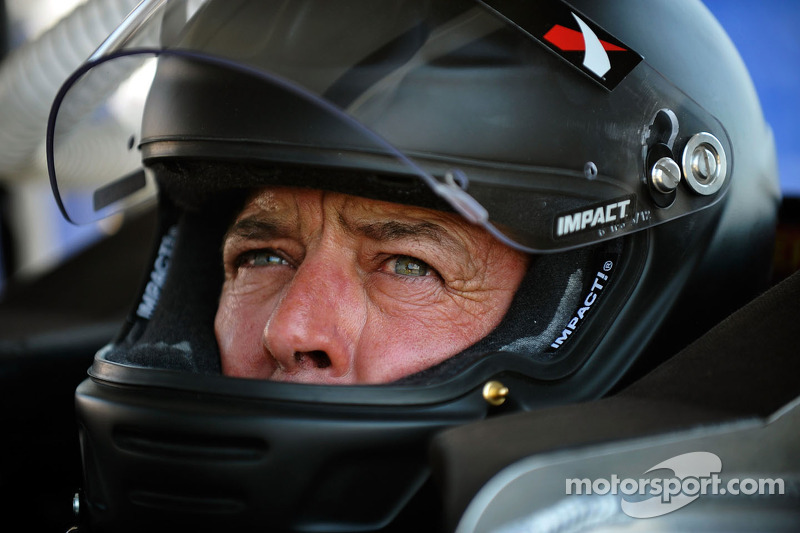 Race Recap: Although his final finishing position might not show it, Ron Hornaday proved why he's a four-time NASCAR Camping World Truck Series (NCWTS) champion in Saturday's VFW 200 at Michigan International Speedway. Teamed with a new crew chief, Terry "Richie" Snyder for the remainder of the season, the duo made strides in their first event together by working their way up to the third position before fuel mileage became the name of the game in the closing laps. 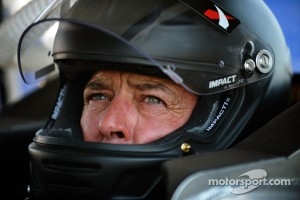 The 13th Annual 200-mile, 100-lap NCWTS event at the Brooklyn, Michigan track marked Hornaday's 312th series start and his 13th at the two-mile tri-oval, which is one of only eight tracks where he is still chasing his first win.

Hornaday piloted the Joe Denette Motorsports (JDM) chassis No. 03, which he raced to his season-best second-place finish at Iowa Speedway earlier in the summer, to fourth, 19th and 14th in Friday's three practice sessions, respectively. At the close of final practice Hornaday and crew chief Snyder had the truck ready for drafting in the race.

As the 35-truck field took the green flag in the VFW 200, Hornaday quickly advanced five positions to the 17th spot by the third lap. From there, Hornaday reported that his No.9 Chevrolet was suffering from a tight condition in traffic. Crew chief Richie Snyder chose to bring the series all-time race winner down pit road with the rest of the field on lap 14 for fuel and a chassis adjustment to combat the tight condition.

Hornaday rejoined the field, restarting once again from the 22nd-position when the green flag was displayed. Snyder's adjustments put the No. 9 machine right where Hornaday wanted it and by the time the next caution flew at lap 39 for debris, he had worked his way up to 14th in the lineup. Snyder opted to bring the No. 9 Chevrolet Silverado back down pit road for four tires and fuel. As he exited pit road, Hornaday gained two spots to fall in line in the 12th-position for the lap 42 restart.

Hornaday was only able to make a few green flag laps before radioing in to his JDM crew that he felt a vibration, possibly caused by a loose left rear wheel. Fortunately, it was a short green-flag run as the caution was once again displayed at lap 47 for a spin in front of Hornaday, which he was able to avoid and escape damage. Snyder called Hornaday to pit road to assess the vibration and made the call for four tires and fuel. Hornaday rejoined the field in the 21st-position for the lap 49 restart.

In a race that typically only sees two stops on pit road under ideal conditions, Hornaday was forced down pit road for a fourth time on lap 52 under caution to address the vibrating condition that continued to plague the No. 9 Chevrolet Silverado. Hornaday once again took four tires and fuel before heading back out onto the speedway, scored 20th.

After another quick caution period, the field was set loose for the final 41 laps. During this stint, Hornaday fell victim to another competitorwhen the No. 2 machine of Tim George Jr. tagged him in the left rear, forcing Hornaday up the race track and into the turn-four wall. The unfortunate event caused Hornaday to lose five positions on the track and battle a loose-handling Chevrolet Silverado for the remainder of the event.

As the leaders began making their way down pit road with 20 laps remaining in the VFW 2OO for scheduled stops, the race continued to play out under green flag conditions. While a hand-full of teams were able to take a gamble on fuel and stay out, Hornaday, running third, was forced to make his way down pit road for a splash of fuel at lap 95.

Ron Hornaday Quotes: "We gave up speed in qualifying for handling and started a little further back than we expected but we made some ground on the field in the early laps. After our first pit stop for tires we had a major vibration, which we figured out was due to a loose rear wheel. Multiple trips down pit road put us out of pit sequence with the leaders so we had to come back down pit road with just a few laps to go in the race. I think we would have finished in the top-12 but a hand-full of trucks gambled on fuel at the end and stayed out, so we ended up 17th. Richie and all the guys worked hard all weekend and we had a pretty decent truck, it's just so unfortunate we don't' have the finish to show for it."