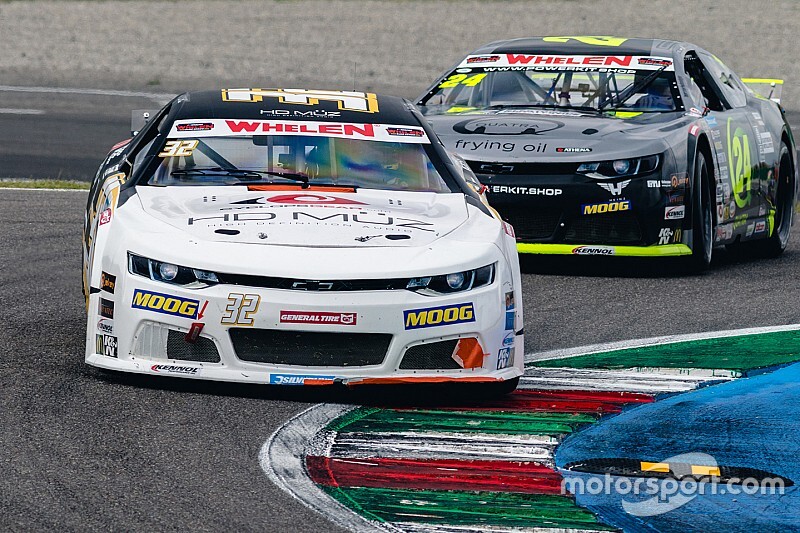 Jacques Villeneuve will enter a team in the 2020 NASCAR Euro Series, as the 1997 Formula 1 world champion and his childhood friend Patrick Lemarie expand their young driver academy.

Villeneuve and Lemarie founded the FEED Racing academy last year, the same season in which Villeneuve made his racing return in the top division of the Euro Series.

The FEED Racing team will enter two full-time entries for the 2020 Euro Series – for Villeneuve and Lemarie – with an expansion to four cars a possibility.

"This is a project aimed at giving young talents the opportunity to grow and become professionals in racing," said Villeneuve.

"I always loved these kind of cars and races and after gaining some valuable experience last year in NWES, we are ready to take the next step.

"With Patrick, we've known each other since we were eight years old, he was the test driver at BAR in Formula 1 and we founded the FEED Racing academy together, so this is a natural step forward.

"The Euro NASCAR car is perfect to learn the basics of driving a race car.

"It is bold and aggressive, it has no electronic aids and plenty of horsepower and since two drivers share the car, we will be able to do a proficient work together with our young drivers.

"The NASCAR Whelen Euro Series can open a very interesting development path for them and in the next couple of months we'll evaluate the opportunity to expand to three or four cars, fielding more top drivers and more up-and-coming talents."

Villeneuve finished eighth in points in the Euro Series' Pro division in 2019, with two pole positions.

For his second season in the championship the 1995 Indianapolis 500 winner says "progressing will be the key element".

"Personally I'll want to do better than last year and that logically includes fighting for the NWES championship and bring home some wins," he added.