Nicola Larini to compete in Whelen Euro Series at Franciacorta 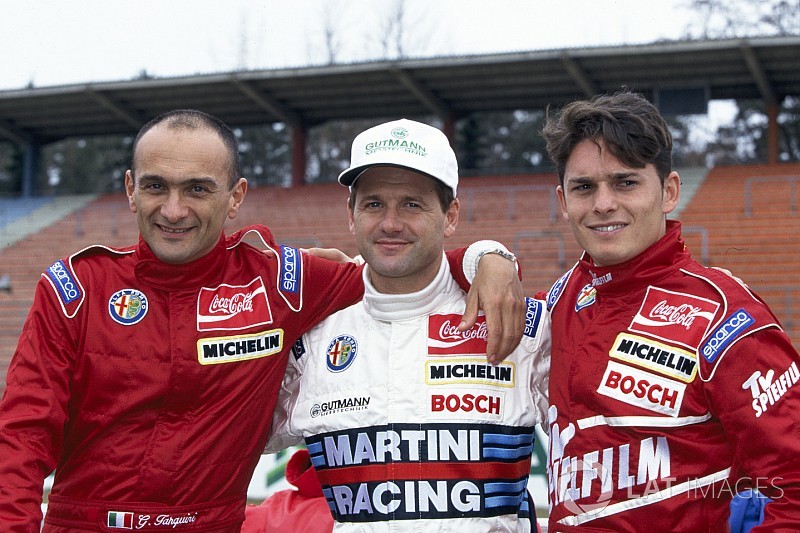 Although he won’t be competing for a championship, Nicola Larini will be a driver to watch this weekend when he makes his debut in the NASCAR Whelen Euro Series on Sept. 16-17 at Autodromo di Franciacorta in Italy.

Larini, who has competed in Formula 1, DTM and WTCC series will make his NASCAR debut driving the No. 1 Ford Mustang for Alex Caffi Motorsport in the ELITE 1 Division during both events this weekend.

Larini is excited to compete in a new series for the first time.

“When Alex Caffi told me about this opportunity I was really happy to take it,” said an excited Larini. “The series is fascinating with its cars all about pure racing and letting the drivers make the difference. It will be interesting. I’m sure it will not be easy though, because joining a new top level category always means you have to confront with strong drivers with a lot of experience, so I hope to have enough time to adapt and find a strong pace.”

Larini has enjoyed a Formula 1 career highlighted by 49 starts and finished a career-best second-place finish at Imola driving for Ferrari in 1994.

“I want to thank the NASCAR Whelen Euro Series and Alex Caffi Motorsport for this fantastic opportunity and I hope to both have fun and entertain the many Italian fans,” he said. “I’m a competitor, so I don’t just want to show up, I always want to compete and get the best result I can!”

For NASCAR Whelen Euro Series President Jerome Galpin, the ability to feature another popular European driver with a strong following can only help his NASCAR-sanctioned series continue to grow throughout the continent.

“It’s a great honor to welcome Nicola racing in Euro NASCAR, especially for the Italian GP,” said Galpin. “I am really happy and proud the NWES is becoming the place to race for every driver coming from all over the world and every kind of racing discipline. Our pure racing cars, with great power and no electronics, are probably the ultimate challenge in Europe.”

Among some of Larini’s accomplishments on his resume in addition to his F1 accomplishments he also served as the Ferrari F1 test driver, piloting the “Rossa” in four GPs but also successfully competed in a wide variety of disciplines, often sharing the track with Caffi.

“Nicola is a dear friend and we crossed paths many, many times along the way. He’s among the most accomplished drivers in Europe and having him is a great opportunity for everybody,” said team owner Alex Caffi. “We want to provide him the best opportunity to shine and I’m sure he will have a big smile on his face at the end of the weekend.”