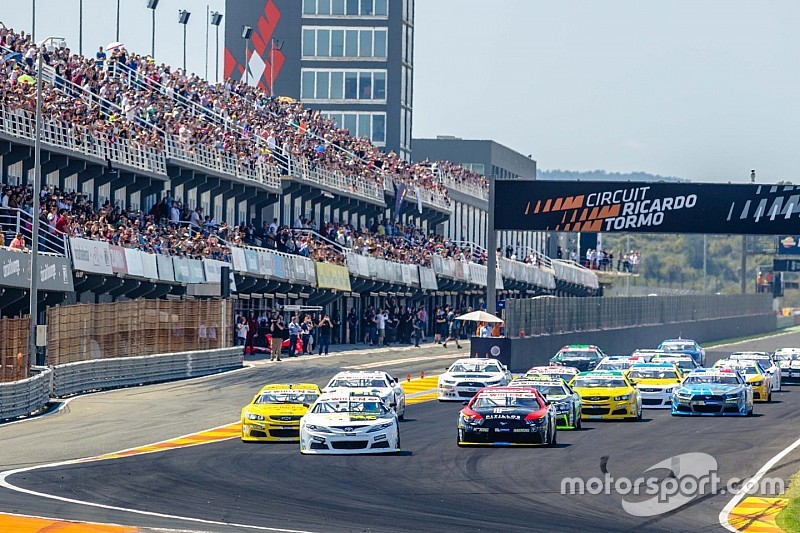 Building on the success of last year and influx of new teams and drivers, the NASCAR Whelen Euro Series sets new record for entries for its opening weekend at Valencia.

A total of 31 cars will hit the track with 52 drivers from 20 teams this weekend in Valencia, Spain, in the two divisions with drivers coming from a total of 18 countries.

Lucas Lasserre and Wilfried Boucenna both were crowned champions in 2010 and 2009, respectively, with ELITE 2 champions Thomas Ferrando, Stienes Longin and Gianmarco Ercoli all vying to become the first driver to capture both NWES crowns.

Announced earlier this week, 2000 NASCAR Cup Series champion Bobby Labonte will race for the European NASCAR title at the wheel of the No. 18 YACCO RDV Competition Toyota. Fellow American and NASCAR Camping World Truck Series driver Jennifer Jo Cobb will join Labonte at Valencia as she makes her first series start on Saturday.

Several returning teams are also expanding this season. Among these are Braxx Racing which will expand to three cars with returning driver Marc Goossens and perennial title-contender Frederic Gabillon.

Borja Garcia, who dominated in his win at Valencia is returning as is Romain Iannetta – the Frenchman will lead the European division of the American NASCAR team Go Fas Racing.

The ELITE 1 division will feature 12 drivers that start the season with at least one NWES win in their resume.

Some of the new teams joining the series season include Francesco Sini and his Solaris Motorsport team from GT racing; Julien Schell and Pegasus Racing from endurance competitions; and Hendriks Motorsports will field Loris Hezemans.

The NASCAR GP of Spain begins Saturday at Circuit Ricardo Tormo in Valencia with Round 1 while Round 2 will be held on Sunday.

Sweden will now have a presence in NASCAR Euro Series