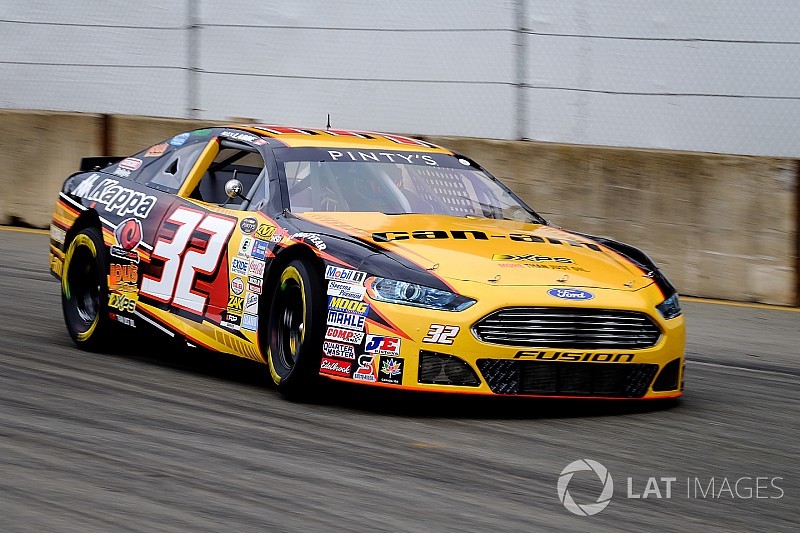 Romain Iannetta will drive the No. 32 Ford Mustang in the NASCAR Whelen Euro Series Elite 1 Division this season.

One of the biggest events in the nine-year history of the NASCAR Whelen Euro Series was made when Go Fas Racing Canada team owner Alain Lord Mounir and NWES President/CEO Jerome Galpin announced a new team to compete this season in the European-based series.

The new team will be based in France and led by Romain Iannetta who will also drive the No. 32 Kappa/Cyclops Gears Ford Mustang in the Elite 1 division. The French team will also have an affiliation with Go Fas Racing team in the Monster Energy NASCAR Cup Series and driver Matt DiBennedetto.

While the announcement was just made Thursday in Montreal, the new venture has been in the planning stages for a while.

“My head is still spinning, with this major announcement,” said Mounir. “I’ve been talking with Jerome for many years about this opportunity and I really believe that the NASCAR Whelen Euro Series is a great marketing platform for Go Fas Racing’s international sponsors.”

For Galpin, this new team is just another example of the continued growth of the NWES.

“This is another step in the series’ international development,” said Galpin. “We already have drivers coming from all over the world to race the Euro NASCAR and now we have overseas teams joining.

“Alain is the very first one, a true pioneer, and we are really happy to work with him. He has built a great platform with Go Fas Racing at every level of NASCAR. We have a lot of ideas to develop this partnership to create more opportunities for the Euro Drivers to race in the USA.

“We are also really happy to welcome such great international brands joining our group of amazing partners.”

Iannetta is no stranger to the NWES as he competed in the series in 2015 finishing third in the final standings and scoring a win at Brands Hatch. After spending time as a TV commentator and endurance racing, the veteran driver is ready to get back behind the wheel.

“It is fantastic to be back in NWES,” said the 38-year-old Villecresnes native. “I love the series and I am very proud to return with such an important team as Go Fas Racing. This is a huge opportunity to build a unique direct ladder towards the U.S. for young drivers. There’s a lot of work to do ahead of us and the competition is very strong but we hope to hit the ground running and be able to battle with the best of the field.

“I want to thank Go Fas Racing owner Alain Lord Mounir for his confidence and for choosing me to represent the team in Europe and of course Jerome and Anne Galpin for everything they are doing with the NASCAR Whelen Euro Series and all their help.

“We start from a solid base and we have a very promising talent in Elite 2 who can do beautiful things, so we will do our best to bring Go Fas Racing on the podium in both divisions.”