Jacques Villeneuve, the 1997 Formula 1 World Champion, scored his first-ever victory in the NASCAR Euro Series after a dramatic opening race of its 2021 finals weekend at Vallelunga on Saturday.

After recording multiple podium finishes, including a second place at the Italian track near Rome last year, Villeneuve took the win for the Academy Motorsport/Alex Caffi Motorsport team.

His race was not without drama, however, as he was adjudged to have moved ahead of poleman Alon Day at the rolling start, earning him a five-second penalty.

After passing Day under braking for the first corner, Villeneuve pulled away from the opposition, and took a 5.2s lead starting the final lap. As the chequered flag flew, the gap had extended to 6.3s over Vittorio Ghirelli, who was busy battling with Gianmarco Ercoli until the finish.

“Finally, it’s been a long time coming”, said Villeneuve. “We have been fighting at the front a lot and the car was good in the race. We had a hard time in practice but in qualifying the car was really amazing.

“I got a penalty at the start, I’m not sure why because the rules say ‘go’ on green, so I must have missed something in the rulebook, so I’ll go check. But a good thing I jumped the start because I didn’t have the horsepower against Alon, which was obvious until Turn 1.

“I guess having raced so much on the ovals in the States, I didn’t have to lift on the outside of Turn 1 there. I just went for it and Alon lifted.” 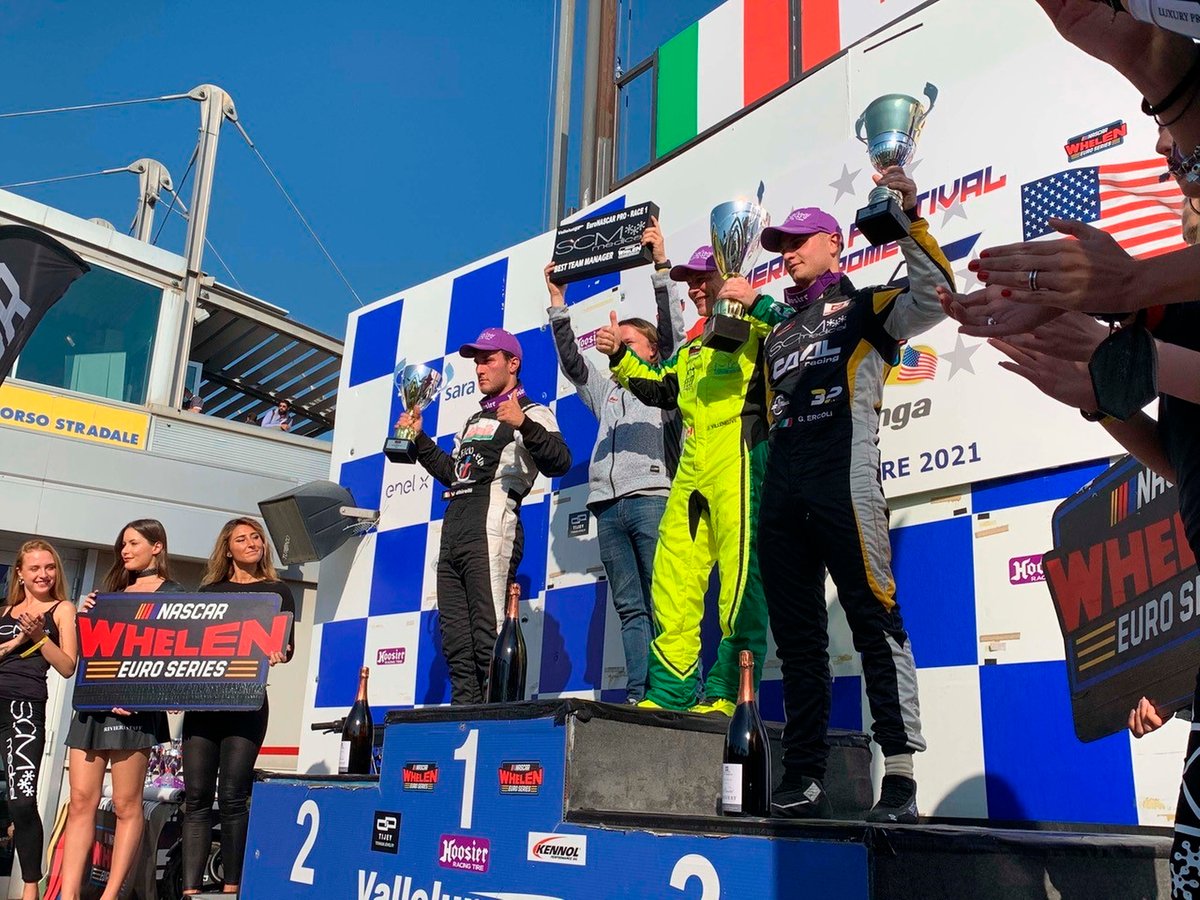 There was drama in the points race too, as series leader Loris Hezemans punted Day out of the race. Hezemans could only finish 10th after a drive-through penalty, allowing Ghirelli to close within five points of him ahead of Sunday’s final round.

Hezemans, 24, plans to compete in all the NASCAR Cup Series’ road course events in 2022 for the new Team Hezeberg squad, and will race at other oval tracks once he is approved by NASCAR.

Villeneuve tested the team’s Next Gen car at the Charlotte Roval earlier this month, setting the 12th fastest time, but also damaged it against the wall rejoining the oval section.