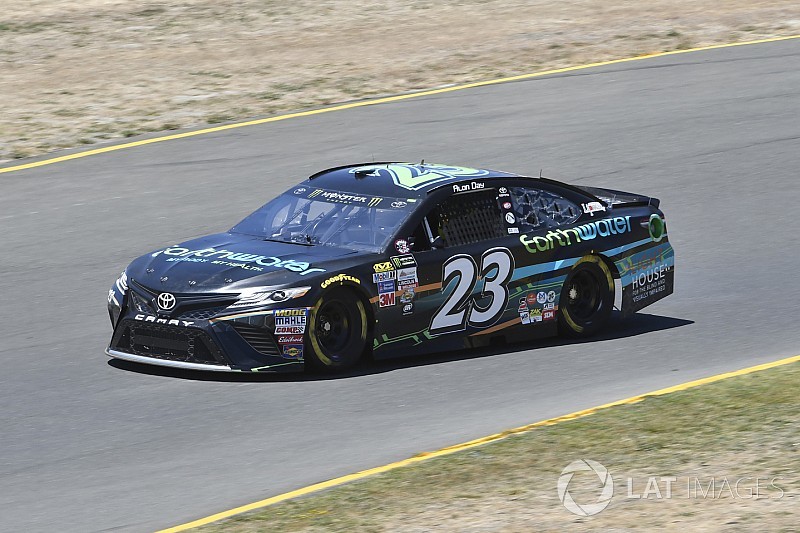 Although it wasn't the finish he and his team had hoped for in his Monster Energy NASCAR Cup Series debut, Alon Day was still looking at the positives after he finished 32nd in his debut after qualifying 23rd in his No. 23 EarthWater Toyota for BK Racing.

“Clearly it didn’t go as we wanted, but that’s racing and it simply was a fantastic experience, on and off the track,” said Day, who made history as the  first NASCAR Whelen Euro Series driver and the first Israeli to compete at Cup level. “I can’t thank enough EarthWater, BK Racing, NASCAR, the NASCAR Whelen Euro Series and everybody who supports me for this opportunity to race against the best NASCAR drivers in the world.”

Day suffered heavy damage to his car in an incident in Turn 11 during the race and finished two laps down to eventual winner Kevin Harvick.

“The first two stages went really well for us, but being involved in a crash that costed us the front half of the car really hurt our race," said Day. "The #23 EarthWater crew did an amazing job to keep us running and we gained precious experience. We will definitely come back stronger. Now I’ll go back home and focus on the main target of my 2017 season: the NASCAR Whelen Euro Series title."

Day returns to the NASCAR Whelen Euro Series in two weeks when the series visits Raceway Venray in Venray, Netherlands.

Click on the image to watch Day talk about his first race in the top series of NASCAR.