The Las Vegas resident made his NNS debut at Daytona International Speedway on Feb. 22, 2014

The Las Vegas resident made his NNS debut at Daytona International Speedway on Feb. 22, 2014, after winning the pole position and finishing eighth in his first start in one of NASCAR’s top-three national touring series. Kwasniewski also became the youngest NNS pole-sitter in Daytona history, and will be competing full-time in the NNS with Turner Scott Motorsports. 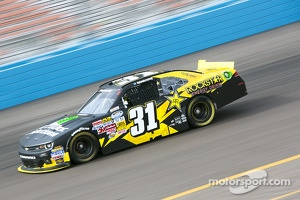 Champion at Any Age: Kwasniewski claimed the 2013 NKNPSE Championship to become the first driver to win both the NASCAR K&N Pro Series West (NKNPSW) and NKNPSE Championship titles, doing so in back-to-back seasons. He won his first race in the NKNPSE at Bristol Motor Speedway en route to a series-high six race wins and was ultimately named to the NASCAR Next Program, which identifies the future stars of the sport.

Go West Young Man: Kwasniewski won three races in 2012 competing in the NKNPSW on the way to becoming the youngest series champion at the age of 17 years, 5 months and 10 days. In 2011 he finished second in his series debut in the NKNPSW at All-American Speedway and became the youngest pole winner in NKNPSW history at Colorado National Speedway en-route to Rookie of the Year honors.

A Dylan of all Trades: Kwasniewski has competed in several forms of racing including IKF, STARS and SKUSA karts along with Bandoleros, Legend Cars and ASA Super Trucks before making the move to NASCAR. In 2007 he won 88 percent of the Bandolero races he entered at the Las Vegas Motor Speedway Bullring track and won his first championship in 2002 in the Phoenix Kart Racing Association Kid Kart division at the age of seven.

Dylan Kwasniewski, Driver: “I am extremely happy right now and thrilled to be getting this opportunity with Chip and the whole team. I have wanted to do nothing but race for as long as I can remember so this is a dream come true. I look forward to being part of Chip’s organization and will hopefully be a key contributor to its future success.”

Chip Ganassi, Owner, Chip Ganassi Racing Teams: “This young man has impressed us from the moment we saw him. His poise, skill and determination on the race track are remarkable for someone so young. I am really looking forward to seeing him grow as a driver with each increase of competition. I think Dylan has a big future ahead of him in NASCAR.”

For Kurt Busch, winning Indy wouldn't be a bad problem

DeltaWing goes where it has never gone before: A street course