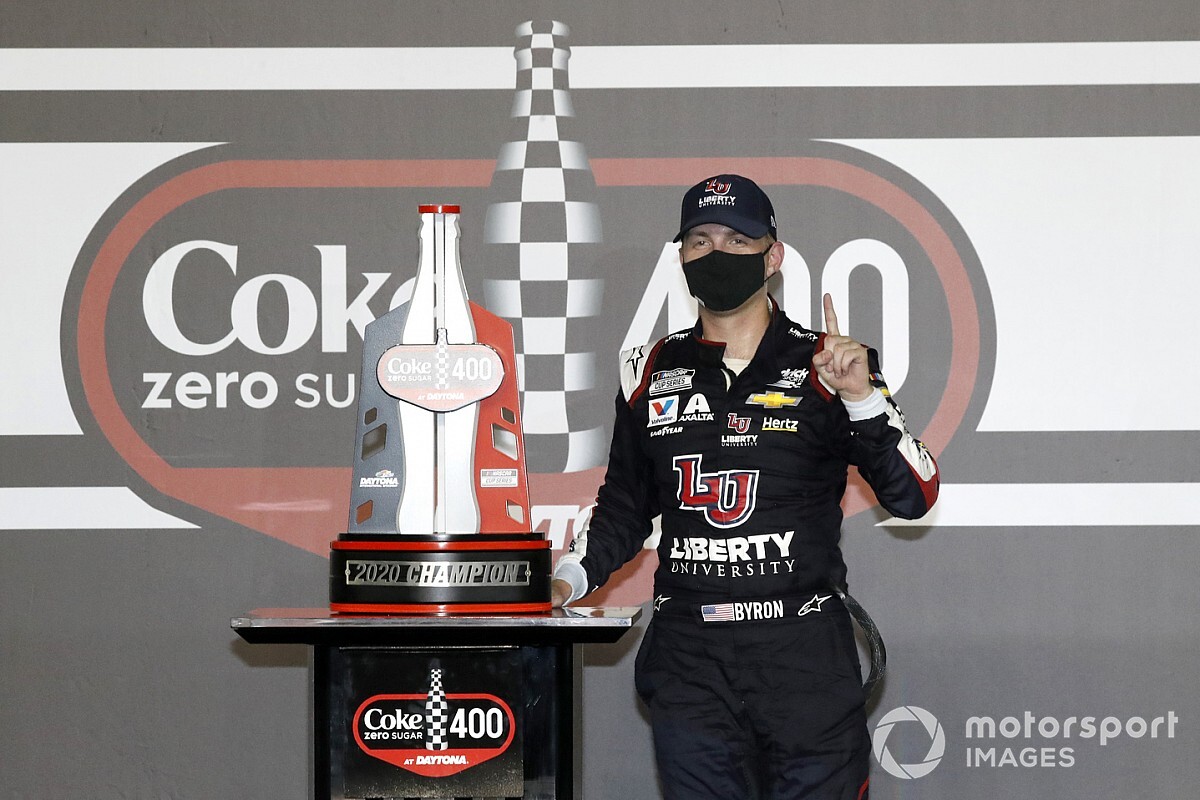 As it turns out, William Byron’s first NASCAR Cup Series victory last weekend was an exclamation point to other good news.

Hendrick Motorsports announced Tuesday that Byron had signed a two-year contract extension that will keep him in the team’s No. 24 Chevrolet through at least the 2022 season. Byron’s extension was signed on Aug. 8.

HMS originally signed Byron in 2016 and moved him into the NASCAR Xfinity Series with JR Motorsports in 2017, when he won four races and the season championship in his rookie year. Hendrick then moved him fulltime to the Cup Series in 2018.

In 98 career starts in Cup, Byron has one win, five poles, seven top-five and 26 top-10 finishes. He finished a career-best 11th in the series standings last season.

In his only fulltime season in Trucks in 2016, Byron won a series-best seven races. He also won a K&N Pro Series East (now ARCA East) championship in 2015.

Aric Almirola, sponsor Smithfield will return to SHR in 2021