Will Tony Stewart’s accident have a chilling effect on outside racing? 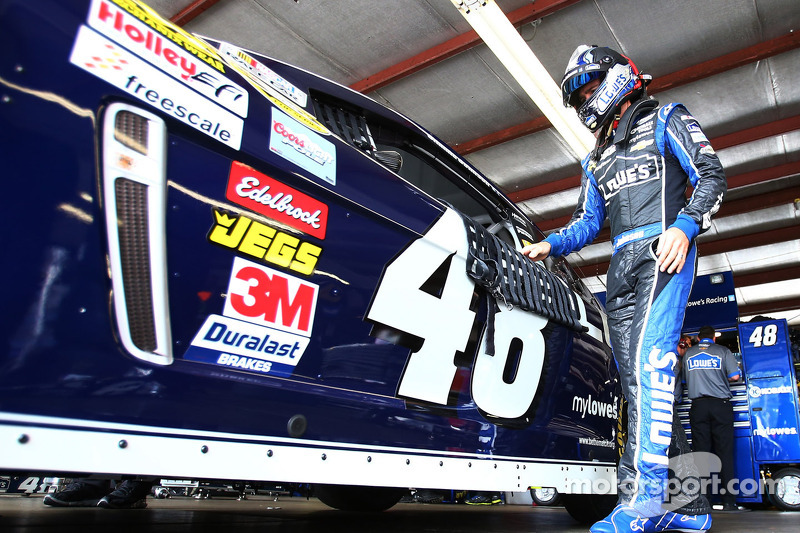 Regarding Tony Stewart's injury and the negative comments since his crash racing sprint cars, Jimmie Johnson stated: "I’ve been disappointed that people have given him a hard time over it."

Stewart broke the tibia and fibula in his right leg during a Sprint Car accident Monday night in Iowa. After two surgeries, Stewart is recuperating in a North Carolina hospital and is sidelined indefinitely from his primary ride in Stewart-Haas Racing’s No. 14 Chevrolet SS.

The accident almost certainly will cost Stewart a spot in the Chase for the NASCAR Sprint Cup and deprive him of the opportunity to battle for a fourth championship in the series. Conceivably, it could cost him the rest of the season.

Though much has been written that is critical of Stewart’s frequent racing outside the Cup series, consensus among racers in the NASCAR garage has been overwhelmingly supportive of the driver nicknamed "Smoke." 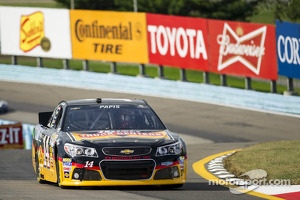 Max Papis sub driver in the No. 14 Chevrolet for Tony Stewart at Watkins Glen

"I look at the coverage and opinions that are flying around, and it’s troubled me some to see people giving him a hard time about his decisions to race other vehicles," Johnson said. "We always praise him for his contributions to the motorsports world and his ability to drive and race anything and to own all these different types of vehicles.

"And then you look at the race tracks that he owns and his involvement with. The guy has done so much for our sport, and of course we don’t want to see him injured, but I’ve been disappointed that people have given him a hard time over it."

Ultimately, though, Stewart’s accident may give major sponsors more reason to try to restrict drivers from engaging in outside racing that could sideline them from their primary responsibilities.

"It might," Johnson acknowledged. "You have an opportunity to evaluate after you go through a situation like this and I’ll be interested, like all, to see what Tony’s sponsors say and then clearly, (Stewart-Haas co-owner) Gene Haas’s opinion on it all. But again, they knew the risks going into it on the front side.

"So, I wouldn’t expect a huge change and I really hope there wouldn’t be. On my side, my sponsor (Lowe’s) has been very supportive of other series that I’ve wanted to race, and it’s really been my decision to not race other events; just family time and to be around and to experience that stuff and not be racing all the time."

Johnson believes any shift in the attitude toward extracurricular racing may be confined to Stewart’s specific situation.

"I don’t think it’s going to change the environment for other drivers and sponsors, because we have an approval process that we’ve always had to go through," Johnson said. "I mean, this doesn’t open up something new that hasn’t been discussed or thought about amongst driver/owner contracts or driver/sponsor contracts.

"Any time we want to run another vehicle, we have to go through the process and get approval. So I don’t think it’s going to change that. Tony’s role might change a little bit. I hope it doesn’t, again. But that would be really just their team looking at it."

Marcos Ambrose is at home on a road course. There’s no argument there. All six of his NASCAR victories—two in Sprint Cup and four in Nationwide—have come on road courses, five of them at Watkins Glen. 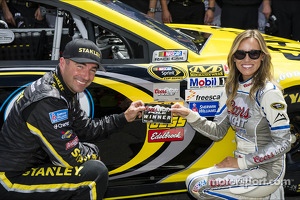 On Sunday, Ambrose will try for his third straight Cup win at the Glen—as the pole winner. To establish his credentials in the full range of NASCAR racing, however, Ambrose must prove he can win on oval tracks, and that’s been more problematic.

"It’s a question we talk about a lot, that I can come to a road course and generally run top-10 every time we come, yet we go to ovals and we’re more hit-and-miss," Ambrose said. "The only way I can actually square that away in my mind is that, when you go oval racing, the setups of the cars are obviously very, very important. When you go road racing, it’s more about just getting the car even and not doing anything crazy.

"For me, I know when the car is sort of not feeling right (on a road course) that I can get it close, and then I’ll just do the rest. When I go oval racing, the cars are so twisted and contorted with their setups that if you miss it by a half-pound of tire pressure or 20 pounds of spring rate – or something like that – you can have a terrible day."

With an extensive background in V8 Supercars in his native Australia, Ambrose knows the precise feel he wants to have in a road course car.

"For me, when you go road racing, it’s not so much about setting the car up to the very edge,’ he said. "It’s more about just making it easy to drive, and then I’ll do the rest. So I guess that gives me some confidence, because I’ve been to these tracks several times and run well. I know what I need to feel and so I’m able to get there quickly, probably quicker than most."

Jeff Gordon was quick to cite another reason for Ambrose’s prowess at road racing.

"What makes him so good, not to mention his road racing experience over the years, is his aggressiveness," Gordon said. "He’s just so aggressive. While I think sometimes that holds him back on the ovals, it pays off big time here. That’s going to be tough to beat."

Gordon also likes Ambrose’s chances of a three-peat at Watkins Glen, a higher-speed venue than Sonoma, the more technical of the two road courses on the Sprint Cup circuit. 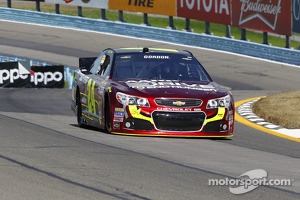 "I think it was interesting, because we were at Sonoma and he doesn’t do as well at Sonoma as he does here because this track, it loves aggressiveness," Gordon said. "Sonoma does not like aggressiveness. I think you’re going to see him be extremely fast this weekend. He was fast at Sonoma, but just the fall-off was pretty big there where here that’s not the case.

"I think he’s going to be very, very difficult to beat."

Ambrose speeds on way to The Glen pole in record time