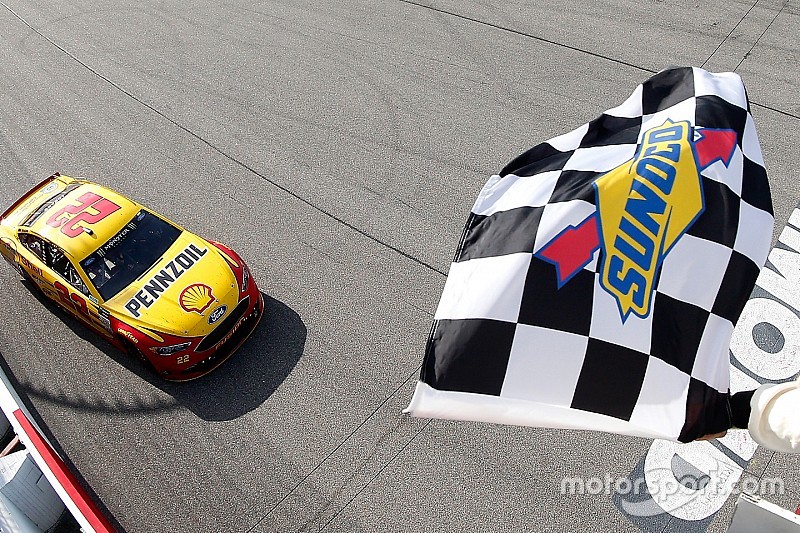 After a weekend at Darlington where both of the race wins were deemed “encumbered finishes” after the fact, the chorus is growing louder among fans and media calling for NASCAR to strip wins from violators who end up in Victory Lane.

Personally, I can’t blame them.

It’s beginning to borderline on the ridiculous the number of times we are seeing winning cars found to have issues – not immediately after the race in inspection but rather after they are more closely examined later at NASCAR’s R&D Center in Concord, N.C.

Only once in the history of what is now the Monster Energy NASCAR Cup Series has the winner of a race had his win taken away after the fact due to a technical violation – and that was the very first-ever series event held in Charlotte, N.C., in 1949.

For the most part, NASCAR’s belief is that those in attendance (and now watching on TV and device) should know who the winner is when they leave the event (or the broadcast goes off the air).

I have always agreed with that stance and I still do, although I grow more sympathetic to the other side with the issuance of each new penalty report.

I also believe stripping wins does nothing to solve the underlying problems and may, in fact, add to one the rule-breaking creates in the first place – NASCAR’s credibility gap.

From what I hear and see the main argument for stripping wins away is that somehow that penalty is so severe it will automatically deter anyone from ever trying anything that may result in a violation that would receive that penalty.

While that may deter someone who has not yet won a race from doing so, it really has no practical effect for someone like Denny Hamlin at Darlington who already had a “legal” win in hand which guaranteed him entry in the playoffs.

And in the scheme of the season, aren’t those the most important things? Somehow we are to believe the actual trophy (or mark under wins in the record book) is more valuable to a driver or team than the championship benefits that come with it?

I simply find that hard to believe.

Also, we’re often told how stripping wins away works so well in short track racing. Tell me, after the first winner’s car was disqualified at the Snowball Derby, did that stop other teams from breaking the rules to win after that? Answer: Not at all.

Secondly, the only people who lose in stripping wins away are the same ones who do now when a violation is found after the fact – fans who attend races or watch them on TV.

Fans may spend hours to travel to a race, then hours to watch the race, then hours to return home. They leave having seen a battle for a victory and a driver celebrating. Even if it’s a driver they don’t like, are we to believe they will feel vindicated because days later they learn the driver loses the trophy?

I would be angry – angry that I wasted my time and money watching an outcome that for all intents and purposes never had any meaning. Taking the win away from the driver days later isn’t going to magically wipe away my experience or give me my money back.

Jeff Gordon actually brought up another excellent point this week.

The only way you fix that issue is to take all the cars to the R&D Center – impractical and nearly impossible.

Which leads to the main problem that needs to be addressed – preventing these issues from occurring in the first place.

NASCAR has an obligation to its fans and the sponsors that help fund the sport to do whatever it takes to ensure a fair playing field and a credible outcome.

The most common issue in post-race inspection failures of late seem to be found in the car’s suspension pieces. Perhaps it’s time NASCAR mandate and even provide the suspension pieces to the teams.

The last thing NASCAR needs right now is a credibility problem, especially giving anyone the idea of what they spend their valuable time and money watching isn’t a legitimate competition.

Tracks and NASCAR are trying to get people to come to their events, not find reasons to drive them away.

The best and surest way to fix that is to prevent it from happening in the first place. Taking wins away may sound nice but it still leaves the door open for the violations to reoccur.

Hamlin: "I'm fine with taking wins away" from rule violators