Why Kurt Busch is a natural born thriller 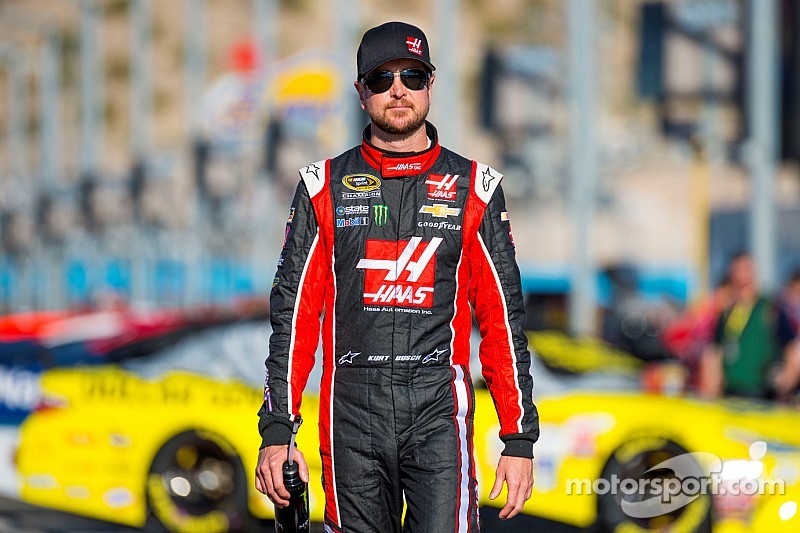 Anne Proffit breaks down this past weekend's resurgence from NASCAR ace Kurt Busch.

If there is one positive thing you can say about Kurt Busch that strikes any racer’s heart, it’s that he’s a wheel man.

Give him one for steering, four to keep it on the ground and he’s right there. I’ve seen him perform exceptionally in NASCAR, INDYCAR and NHRA. You don’t get much more diverse than that, do you?

But in every other way, he seems to have a disconnect.

The man has the social skills of a moose (I recognize one of my own). He manages to seem like an automaton in press conferences (even if he’s back from a 3-race suspension and looking like the 2nd Coming). He seems to be living in self-destruct city outside of the car.

And then Kurt Busch gets in a racecar and gets in that zone.

It makes you wonder if opposite sides of the shop area attract, as Busch and point leader Kevin Harvick’s teams work on opposing sides of Stewart-Haas Racing’s (SHR) NASCAR shop area back in North Carolina. Both of those guys are on a roll, aren’t they?

As for Busch, suspended just before the season-opening Daytona 500, the Las Vegas native missed the first three races of the season before being told by NASCAR President Brian France to do what he does best in the car and, essentially, keep his trap shut outside of it. He’s shown once again that he is a true wheel man.

Busch returned to action at Phoenix, one of the scenes of his crazy outbursts several years ago, one that got him canned from Roush Fenway Racing. He qualified eighth and finished fifth to start his season, vaulting ahead of Stewart-Haas Racing co-owner Tony Stewart in the point standings.

Then he came to Fontana’s Auto Club Speedway, the third stop on NASCAR’s western swing this spring. Busch and crew chief Tony Gibson unloaded a fast No. 41 Chevrolet SS and proceeded to be the fastest car in all three practice sessions.

But oh no, that wasn’t enough: they also secured pole position for Sunday’s Auto Club 400 with the kind of grim and determined posture that makes everyone around them take notice.

A fairy-tale result almost happened in the 400-mile, 200-lap Sunday afternoon race at Auto Club Speedway. Busch led 65 laps in the contest, the most of any driver and appeared to have the fastest car on the racetrack. For much of the race he ran in tandem with Harvick, also shadowed by the Toyotas of Matt Kenseth and Denny Hamlin, both of whom had crappy luck and didn’t hang around for the race to the finish. (See Lee Spencer’s take on those debacles in Toyota Racing Development’s backyard.)

There were two green-white-checker overtime periods and it looked like this race would come down to a shootout between the two SHR over-achievers. But then Brad Keselowski, whose crew chief Paul Wolfe called for four tires instead of two (that the others took) grabbed the grip on the racetrack and pushed himself to the front. In fact, he could’nt even explain how he did win the race, saying that his short-term memory isn’t that good… or maybe it was the ensuing Miller Lite beers?

But at any rate, Busch didn’t win and neither did Harvick, who lengthened his record of 1-2 results to eight by placing second on Sunday in the California sunshine and warmth. Busch was the leader on the second and final restart in overtime, but a glance off the wall on that last lap allowed both Keselowski’s Ford and his teammate’s Chevrolet to pass him, leaving Busch in third place for his second consecutive top five result.

I don’t know what we could have done different. We had two tires; Keselowski had four. We didn’t need that extra yellow at the end and I just got out-muscled by Keselowski.

Still, it’s quite a comeback for Busch after his three-week NASCAR-imposed vacation. It seems that every time Kurt Busch has some kind of run-in with either the law, the media or his poor choice of companions, he comes back to the track focused. He thrills us with his attention to detail and his abilities behind the wheel.

But it makes us all wonder what the next step will be and when he’ll implode again. For his sake I hope that’s never but I don’t think it can happen without psychological intervention and a conscious effort to improve his life outside the racecar. As noted at the start of this article, Busch is a natural in a race car; outside of it, who is he?

NASCAR's checks and balances include tires

Are better days ahead for Roush Fenway Racing?