The status of the No. 98 remains uncertain. 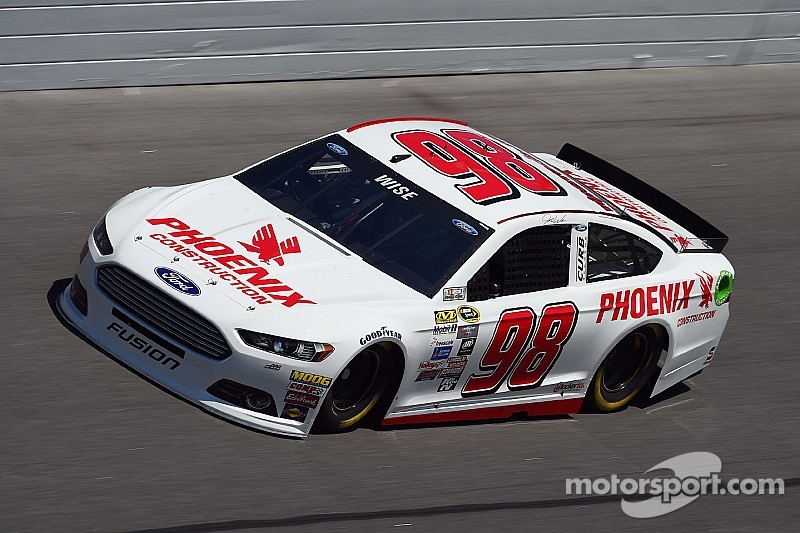 TALLADEGA, ALA. — Phil Parsons declined comment on Saturday regarding the sale of the No. 98 Phoenix Construction Ford.

Sources told motorsport.com the No. 98 team struck a deal with Jay Robinson on Wednesday night. Robinson, who fields the No. 62 Premium Motorsports Chevy with Brendan Gaughan, could not be immediately reached for comment.

Josh Wise currently pilots the No. 98 Phil Parsons Racing Ford, which currently lists Mike Curb as the owner. Parsons has operated the team from 2008 to 2013. In 116 Sprint Cup starts, the No. 98 Ford was only running at the finish in eight starts — only three of those finishes were on the lead lap. Once the No. 98 Ford went under the ownership of Curb, Wise was credited with completing 31 of 36 races and four of those were lead lap finishes.

This season has been a struggle for the No. 98 team. In addition to missing the field for the Daytona 500, Wise crashed at Bristol Motor Speedway and endured an engine failure last week at Richmond International Raceway.  The No. 98 team is currently 42nd in Sprint Cup owner points. Robinson’s No. 62 Chevy is 46th.

Premium Motorsports' issue has been making the races this season. Brian Scott failed to qualify for the Daytona 500. In nine qualifying attempts, Gaughan has made the field in nine events — including here at Talladega Superspeedway where he will start 33rd, on the same row as Wise.