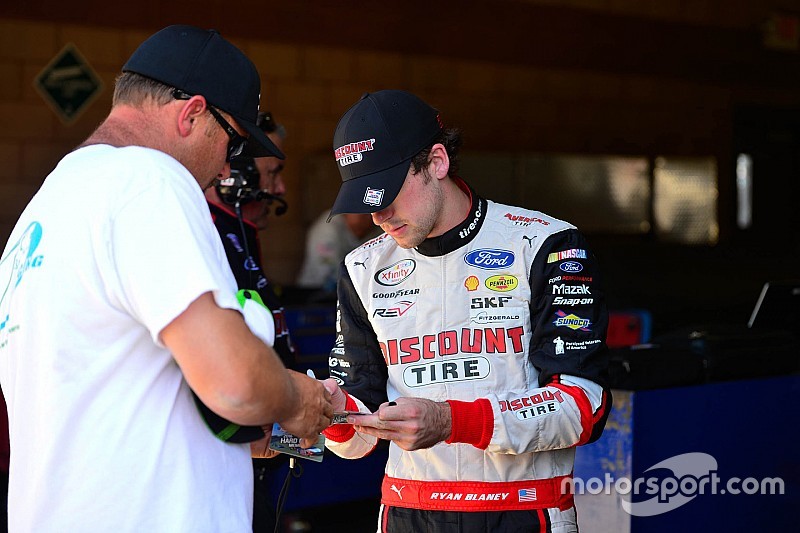 NASCAR isn’t waiting for the next Dale Earnhardt Jr. to emerge.

The sport can’t afford to do that.

When stock car racing's most popular driver retires at the end of 2017, there’s not another competitor ready to step into his enormous footprint. Among his peers, there isn't a driver who has resonated with the fans the way Earnhardt has--not even Jimmie Johnson, whose Hall of Fame career is far from over.

A wall between drivers and fans

Earnhardt’s generation made ridiculous money, and the close connection between drivers and their fans eroded noticeably. No longer was that guy — or gal — behind the wheel as accessible as stars of the past had been. Unless your favorite driver is Kevin Harvick, it’s unlikely you’ll be sharing a beer with any Monster Energy Cup competitor, except maybe over Happy Hours.

For many of NASCAR’s mature racers, it’s been easier to ignore the fan asking for an autograph rather than engage her or him. Golf carts strategically line up at appearances to help competitors make swift exits to their motor coaches.

As the walls go up, the people in the stands who support these new lifestyles feel neglected. They tune out and turn away. Although some fans might never return, there’s still time to save the traditional fan. There’s still time to entice the marginal fan. And yes, there’s even time to attract the millennial fan.

NASCAR must ingrain in the next generation of drivers that, without spectators, they’ll only be racing for themselves.

While new stars generally emerge through natural progression, the sanctioning body is fostering its current crop of talented young drivers. A week after Earnhardt retired, NASCAR took four of its top prospects to New York. Two second-generation drivers — Chase Elliott and Ryan Blaney — along with points leader Kyle Larson and rookie standout Erik Jones participated in a publicity blitz around the Big Apple.

Before the on-the-job media training, Elliott had a leg up on the competition off the track. Like Earnhardt, he grew up with a father who not only was a champion, but who won the Most Popular Driver Award a record 16 times. Bill Elliott’s accomplishments weren't lost on his son.

“With him, he had such a great connection to just your every day group around the Southeast,” Elliott said. “And from what he came from, not having a whole lot, to how he and his family went about racing.

“I think that was a connection that people had with him and they could jump on board because they were just a bunch of guys from the hills of north Georgia that happened to show up and compete and ended up being really good at it. And they did it their own way. They didn’t ask for anybody else’s help. They did their own deal.”

Unlike his father, Elliott, 21, has never wanted for anything — including top-of-the-line rides while ascending the sport’s ranks. But even before he was recruited by Hendrick Motorsports, his environmental influences had conditioned him to respect the role of the fans in NASCAR.

“I’ve been very lucky to grow up in the house that I live in with my dad and his family and my mom and the racing history there,” Elliott said. “I’ll be the first one to say I’m very luck and have had great opportunities because of that. I still think you have to do the job that’s at hand behind the wheel to stay here and to be around.

“But, I think from a fan’s perspective, one thing he has always talked about is you may show up to events and you might have some folks that don’t care to be there and some that do care to be there, but if there’s just one person there that you could change their day and make their day worth coming for, or getting up for, then our job is good. At the end of the day, I think we’ve done our part. All it takes is one person and I agree with that. If you can change one person’s day for the better, I think it’s all worth it.”

Connecting with the fans

Fan engagement is contagious. A positive interaction with an athlete/celebrity can endear a fan to a sport/team forever. A bad experience will not only poison one person’s perspective, but it can also sour his or her peers through word of mouth, which, given the different forms of social media, can be deadly to a driver’s career.

Although Jones doesn’t share Elliott's or Blaney’s pedigree, he has quickly established himself as one of NASCAR’s rising stars. In the last five seasons, Jones has blossomed as a Toyota Racing Development driver on and off the track.

The Byron, Mich. native, who turns 21 on May 30, feels that connecting with fans is part of the job.

“If we're going to be here for a long time, we have a pretty big or tall order in front of us of bridging that gap I feel like, and we have a pretty big opportunity to do it, as well,” Jones said. “So it's a big role to take on. It's one that's going to be needing to be filled with Dale Jr.retiring and a lot of our top drivers getting up there and getting older and I'm sure thinking about retirement at some point.

“I feel that. I feel the need to want to do it. I want to be able to help in any way I can on that front. I'm not exactly sure of the way to do it yet. I just haven't been around long enough to really bridge that gap and learn what is going to be wanted or needed out of us. But I think it's definitely there for us, and we definitely feel that need and that pressure to want to be a part of that."

While the next generation of racers isn't pushing the veterans out the door yet, they'll be better equipped to be ambassadors of the sport.