Watkins Glen president discusses repave: "It's going to be wild" 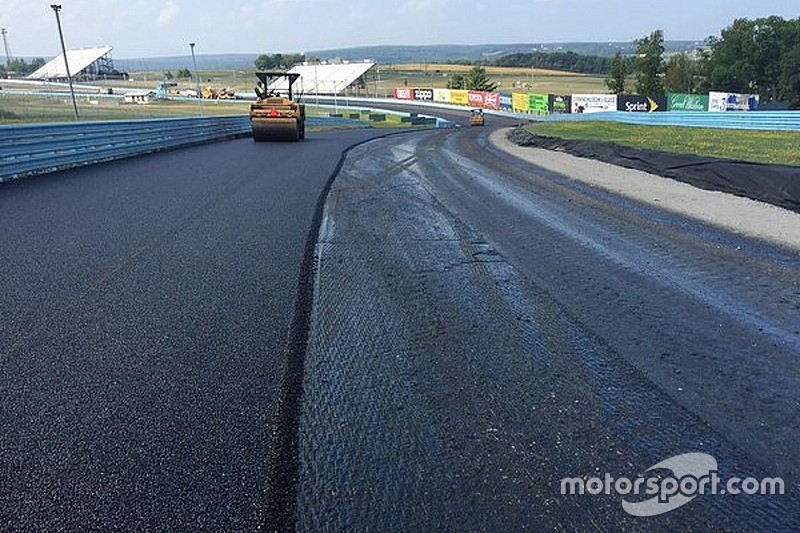 The new and improved Watkins Glen International is open for business.

After a five-month, $12 million-plus facelift that started with the boot — and continued with the remaining 2.45-mile road course that NASCAR uses for the Sprint Cup and Xfinity Series following the races last August -- Watkins Glen president Michael Printup is ready for his “Wild Season” to begin.

“We opened it up a couple of weeks ago and with Derek Bell, Andy Lally and Bob Varsha emceeing a great event,” Printup said. “And Andy Lally coined it this way, ‘It’s a pool table.’ He expects rocket speeds this year for IMSA. Some of the other guys that have already raced on it are saying the same thing, how smooth it is.

There’s been speculation that the Glen might consider adding the boot to the current layout NASCAR uses and return the circuit to the full Grand Prix course. That would maximize the track at 11 turns rather than the seven the Sprint Cup tour uses for its annual romp just south of Seneca Lake in upstate New York.

“Steve O’Donnell (NASCAR Executive Vice President and Chief Racing Development Officer) said last year, ‘Maybe we should race the boot,’ but that adds another mile,” Printup said. “The only thing the fans are concerned about is if you add another mile you only get to see the cars come around 60 times instead of 90.

“So there’s a fan engagement opportunity that we have to analyze and get some feedback on before us and NASCAR make a decision. It would be fun, it would be sexy, it would be fast. But I think the fans need to give their opinion before we decide what to do.”

Printup admits the option is there. The track even added curbing in the boot to help raise its FIA grade.

With road courses providing some of the most scintillating action in NASCAR — regardless of what body style has been used over the years — the only drawback is the inability for full sight-lines throughout the venue.

Printed says there are capital improvements in place to enhance the experience.

“We haven’t announced it yet, but we’re going to change Turn 1,” Printup said. “They need a better view of the big screens. We have nine big screens up. There’s one for every grandstand — and then there’s one for the infield at the bottom in between Turns 1 and 2. There’s 10 total.

“So what we’re going to do, is put two more in Turns 1 and 2 to give our fans there a better view of the big screen because that’s the best thing we can do. Getting towers there with our undulation of the geography, just isn’t feasible. We have one tower that’s 200-feet tall and another one that’s 40-feet. So the expense of that — we’ve analyzed that — and it just isn’t worth it. So we’re just going to keep putting up the big screens — and the Sprint screens.”

Dale Jr. tells plate racing critics to "chill" - "We could make it worse"