Was there a deal between Logano and Gilliland at Richmond? 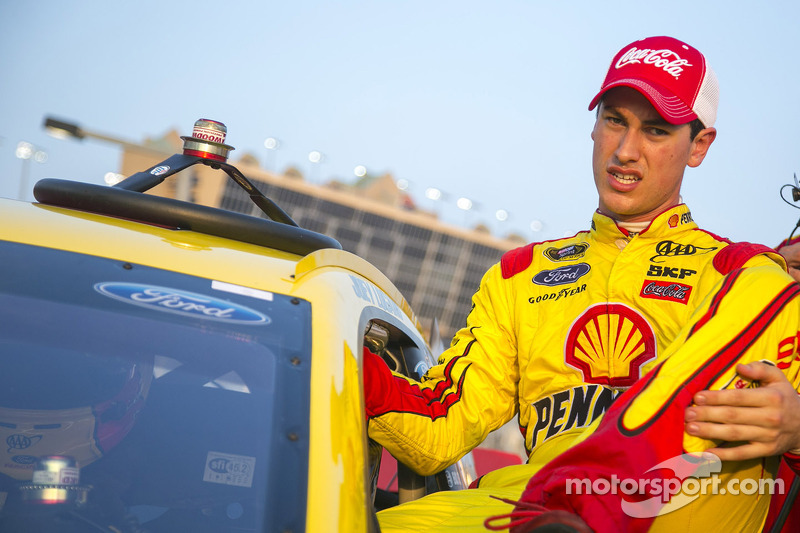 Was Joey Logano's move ahead of David Gilliland in Richmond set-up between the two Ford teams?

It has come to light that there was a deal between Penske Racing’s Joey Logano and Front Row Motorsports’ David Gilliland near the end of the NASCAR Sprint Cup Series race in Richmond. One does need to remember that deals have been made all season long, and in the past on teams helping one-another.

Apparently NASCAR is now checking into a deal between the two drivers, their spotters, and their crew chiefs via radio communication. It might have stayed in the background had not Logano made it into the Chase due to the spin by Clint Bowyer which ended up with penalties to Michael Waltrip Racing. The outcome moved Martin Truex Jr. out of the Chase and Ryan Newman making the cut as he is now one of the 12 Chase drivers.

Apparently the two Ford teams formed a pact to allow Logano to move up one position which is what he needed to take the Wild Card position by one point over Hendrick Motorsports Chevrolet driver Jeff Gordon.

The communication apparently took place between the spotters first with Gilliland’s passing a request to let Logano pass him.

Per USA TODAY, Sports, the voice on the tape is believed to be Gilliland’s crew chief Frank Kerr who wanted to clarify who made the request. The spotter for Gilliland replied: "We've got the big dog ... all his cronies." This is believed to be a reference to team owner Roger Penske, who often is on the spotter stand.

Once Logano had made the move on the restart, the Penske driver finished 22nd which was just what he needed to make the Chase. The final comment from Gilliland’s spotter was "Good job, good job, man, hopefully we'll get something out of that."

Now that the news has broken, NASCAR has released a statement: “NASCAR released a statement Wednesday afternoon that reads: "NASCAR is aware of reports about the #22 and #38 radio communications at Richmond International Raceway and is looking into it, but has yet to see anything in full context that requires any action."

However, unless NASCAR elects to hand Penske Racing and Logano penalty with a major loss of points, Gordon would still be out since Logano has the extra points to use as a race winner.

Johnson and Schumacher wow the fans in Charlotte