Video: Looking back on the final NASCAR race on Daytona beach

NASCAR's Jonathan Merryman and NASCAR historian Ken Martin travel back in time to the 1958 Beach and Road Course race in Daytona.

Daytona International Speedway has been a fixture on the NASCAR Cup Series schedule since 1959, and is the site of 'The Great American Race.'

But this week echoes back to the true origins of NASCAR racing at Daytona as the sport goes road racing for the second round of the 2021 season. Long before the Daytona 500 was the iconic spectacle it is today, NASCAR still came to Daytona in February. They weren't there to race on the high banks though. In fact, Daytona International Speedway didn't even exist yet. They were there to race on the beach. 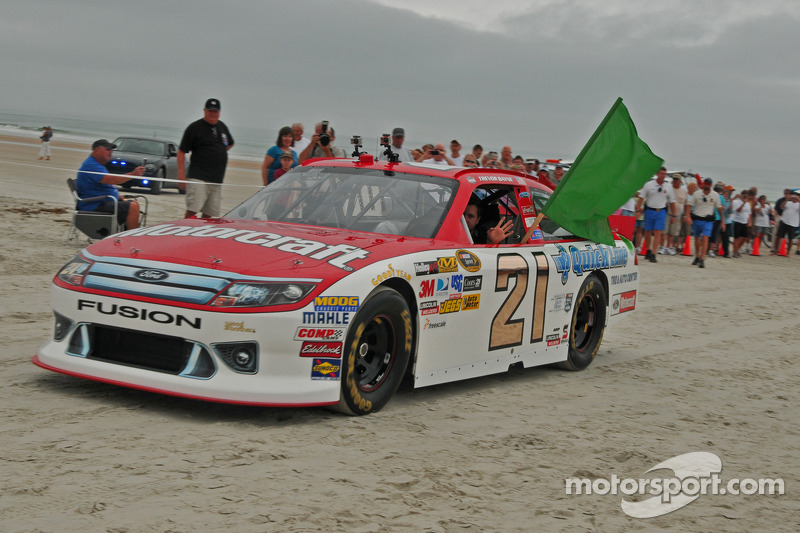 The Daytona Beach road course was one of the first eight events on the schedule in NASCAR's inaugural 1949 season and ran until the construction of DIS and the birth of the Daytona 500. It preceded NASCAR itself by decades with events dating back to 1902.

The 4.1 mile beach and road course was a part of the Cup Series schedule for the final time on February 23rd, 1958.

Goldsmith described just how difficult it was to take on the Daytona Beach road course, detailing the skill required to navigate the tricky surface.

"You have a tendency to fishtail and spin all the way up the entire beach clear to the North turn," he explained. "You get out fairly wide next to the ocean and you go into a soft sand before you get to the hard shell around the banked turn. Your car is pitching and bouncing and about in the middle of the turn, you get a hold of that blacktop and your tires squeal for a little ways.

"It starts accelerating tremendously down the backstretch, the speed you reach down the backstretch is in excess of 140mph. In several spots, all four wheels will leave the ground. That's how rough it is going down through there. There is one point where all four wheels must be six inches in the air. That's what it feels like when you're in the car. Then you touch the brakes as it's coming down. Where we drop off onto the high banked turn, which is shell, clay, dirt and sand, it gets pretty slippery. You can see through the turn and then you're coming out on the beach."

NASCAR will again make right-hand turns this weekend at Daytona, but unfortunately, there will be no sand involved. It will be the second time NASCAR runs the Daytona International Speedway Road Course in an official points race. Chase Elliott won there in 2020.

Normally when one mentions Daytona and NASCAR, high banks and big packs come to mind. But NASCAR's Daytona roots lie not with the iconic superspeedway, but within the sand just a few miles away.