UPDATE: Allmendinger's team off the hook after NASCAR review 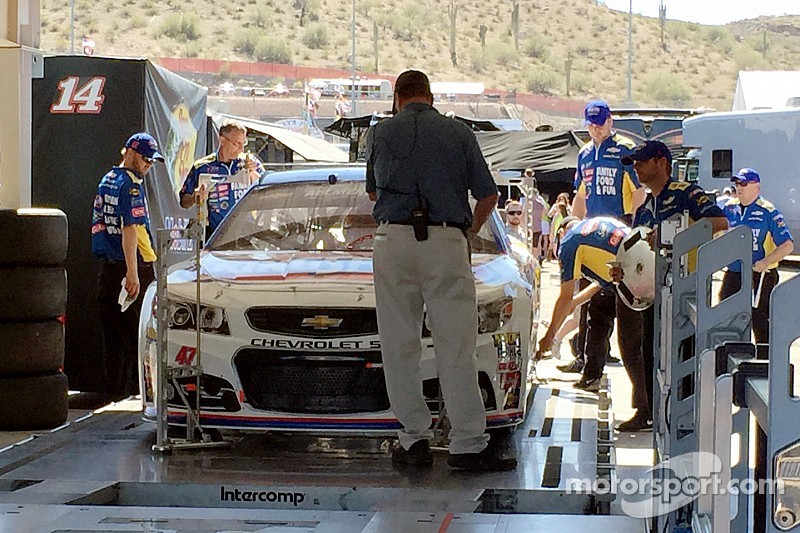 NASCAR will not penalize the No. 47 JTGD Chevy for inspection issues

On Sunday, the crew made four attempts to pass through the laser platform inspection station prior to the start of Sunday’s CampingWorld.com 500.

Before the race, a NASCAR representative said the No. 47’s situation was “under further review” at the behest of Sprint Cup Series director Richard Buck.

It was later determined that the wheel plate that sits inside the wheel bead and measure the toe of the rear, the forward and aft for offset and wheel base and rear end location for the truck arm crossmember was not tight enough to provide an accurate reading. Therefore, the No. 47 team and AJ Allmendinger will not be penalized practice time this weekend at Auto Club Speedway.

NASCAR did confirm however, that the No. 7 Tommy Baldwin Racing Chevy, which did not line up and leave the garage in time and the No. 83 BK Racing Toyota that made four attempts before passing inspection, will be held for 15 minutes in first practice on Friday at Fontana.