Reddick to "take advantage of every single moment" at RCR

In the span of a month Reddick confirmed that Richard Childress Racing had picked up its option to retain him as a driver in the Cup Series for the 2023 season and then announced weeks later he would join 23XI Racing in 2024.

Reddick won his first series race at Road America in between those two events but many doubted whether Reddick and his No. 8 RCR team could still perform at a high level knowing Reddick’s tenure at the organization was limited.

Sunday’s performance by both Reddick and his team should have answered any question of their respective commitment.

Reddick took full advantage of a fast car, leading a race-high 38 of the 86 laps to earn his second series victory.

Outside of some early-race contact with Cole Custer, Reddick was able to avoid the numerous spins and off-course excursions that dominated the event and enjoyed a stellar performance by his team on pit road.

“Nothing really changed from the announcement other than knowing where I’m going to be in the next year-and-a-half. My commitment level, if anything, is probably is a little bit higher, but I mean, we’re not talking like it’s a significant amount higher,” Reddick said.

“I just know that we’ve had time to continue to work on our cars and make them better and grow as a team and go the right direction, and now it’s like, all right, we have a hard stop. This is the end of the road that we have together.

“For me that puts a good amount of pressure on me to just keep finding more, because we’re always trying to bring the best that we can to the race track, but when we know that the end is – it’s not really close, but we know when it’s going to be (and) we’ve got to take advantage of every single moment possible.”

The truth is, with the way this first season with the Next Gen has unfolded, the 2022 championship race remains wide open and Reddick’s team will certainly be a player.

Reddick’s win at Indy makes him just the sixth driver to win more than one race this year and only one driver – Chase Elliott – has won more than two (he has four wins).

Even if members of Reddick’s team some in the RCR organization may not like Reddick’s decision, the 26 year-old driver could still bring RCR its first Cup title since 1994, either this season or next – or both.

“For me, I just look at the time we have left, and I know I always give it my all,” Reddick said. “Certainly knowing that this is when – this is when the end of the road is going to be, I need to do everything I can to win as many races as possible for this group because I wouldn’t be the 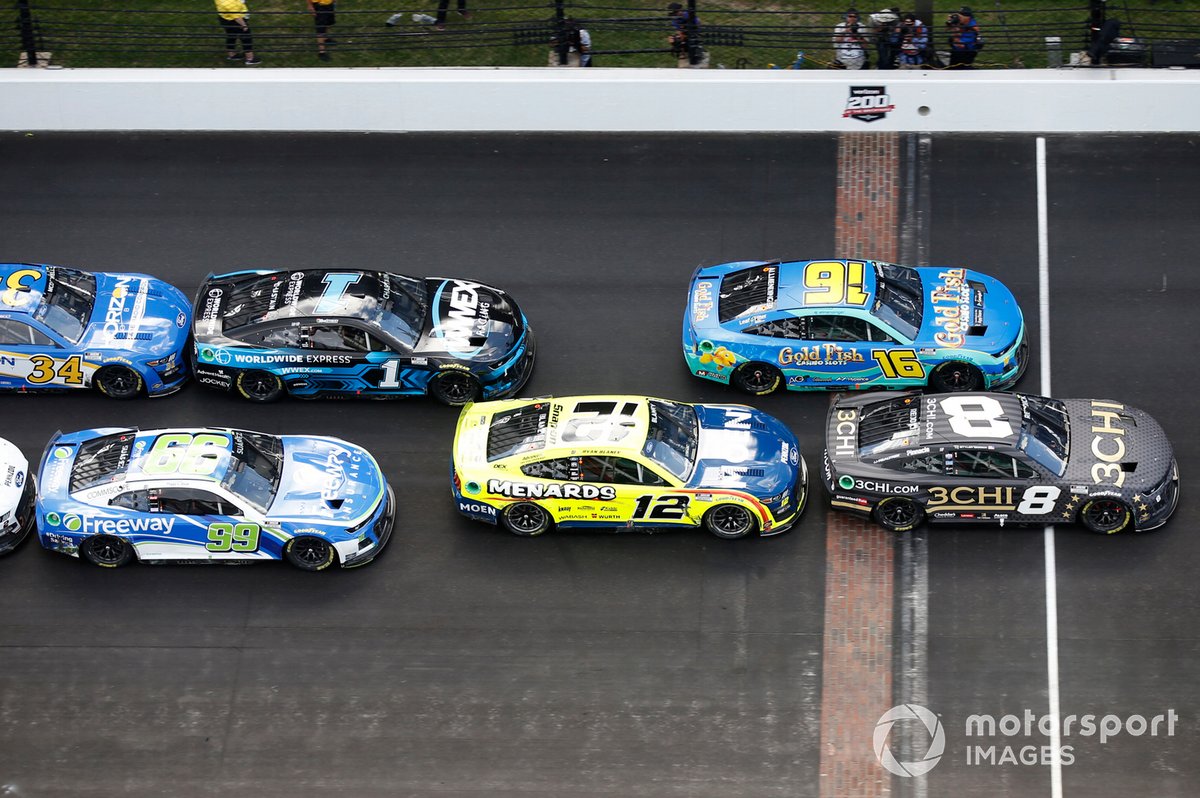 “It’s a business deal,” he said. “We’ve still got a lot of racing left to do with Tyler, and that’s what I told our guys. We’re all professionals. A lot of us, everybody in our team is veterans of the sport. We’ve seen drivers come and go and things move around, and that’s just part of our sport.

“The biggest thing we can do is go out and do what we did (Sunday) and that’s put fast cars underneath Tyler and try to win races and show everybody what this team is made of so we can try to figure out what we need to do to fill that void.”

It was clear that Reddick’s early decision on his future stung RCR at first – a message posted on the team’s Twitter account said its timing “could not be any worse” – but in the end, the advance notice does do two important things for the organization.

It gives RCR plenty of time to find a new driver (and/or sponsors) and as Sunday proved, it also will continue to showcase the team’s ability and potential when it is matched with a talented driver.

And every indication points to Reddick and his team being a contender in this season’s Cup Series playoffs.

“There’s not always times when I think I need an extra motivator because I don’t know if it’s possible or if it’s out there, but when I get them, I take it and run with it,” Reddick said.

“For this situation, knowing when my last day will be with RCR, if anything, it’s probably motivated me more than I thought was possible before all this went in motion.

“I’m just going to give them everything I’ve got.”