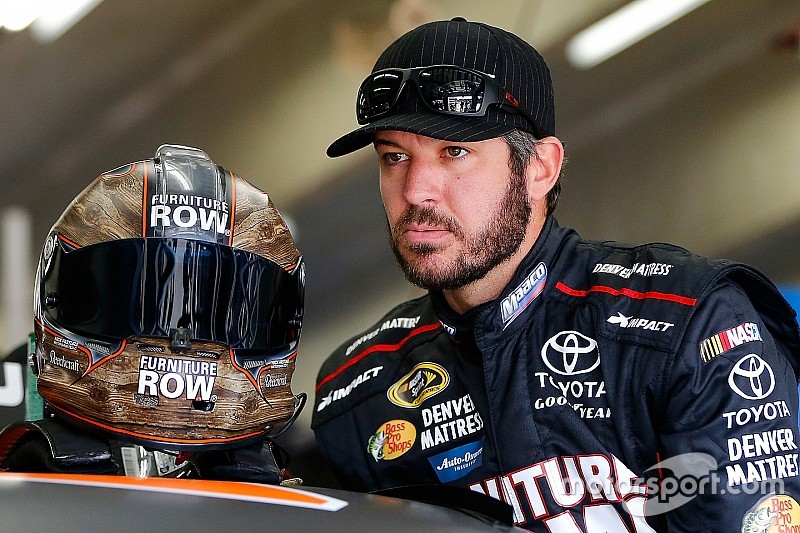 Martin Truex Jr. took full responsibility for starting the wreck that put Austin Dillon’s hopes of advancing in the Chase in jeopardy.

Sunday’s rain-delayed Bank of America 500 at Charlotte Motor Speedway was red-flagged after Lap 260 of 334 following a 12-car accident that began when Truex ran into the back of Dillon’s No. 3 Chevrolet on a restart.

Truex immediately took responsibility for the incident almost immediately over his team radio and again after the race.

“I want to say that I’m sorry to Austin Dillon, the No. 3 team, Slugger (Labbe, crew chief) and all those guys,” Truex said on pit road after the race. “I know they’re working hard and they certainly didn’t need me to turn them around on that restart.

“I feel terrible about that. I was just trying to help get him going and just pushed way too hard so I just want to apologize to those guys and hopefully I can talk to Austin and make sure he’s okay with everything.”

Truex, who won the spring race at Charlotte in dominating fashion, finished 13th and never led a lap. He is seventh in points of the 12 Chase drivers following the first race of the second round.

Dillon ended up 32nd. He, Chase Elliott, Joey Logano and Kevin Harvick are now the four Chase drivers lowest in points without a win and in danger of being eliminated from further title contention after the Oct. 23 race at Talladega, Ala.

“It just sucks. We will have to work hard the next two weeks to get the points back,” Dillon said after the race. “I felt like I got to third gear pretty clean and then the next thing – I feel contact and I am spinning through the grass.

“It’s part of it and we took two tires there and you know the risk when you get into it. You just hope that doesn’t happen, obviously. I got to third (gear) without spinning the tires, and I felt like we got contacted.

“We will just go on to next week.”