NASCAR confiscated a hollow front jack screw from the No. 78 Furniture Row Racing Toyota during pre-qualifying inspection on Saturday, Motorsport.com has learned. 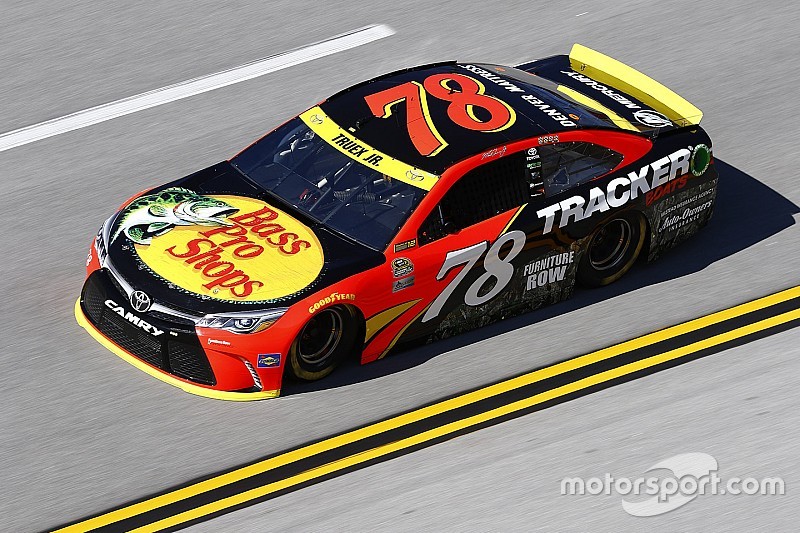 According to rule 20.14.5.1.a which covers the car’s suspension, “Front jack screws must be constructed of solid, magnetic steel.”

The infraction could have Chase implications considering that NASCAR does not address penalties until after the race. Typically, a penalty of this nature would fall under a P3 or P4 level depending on how NASCAR views the infraction. Although the NASCAR would not speculate on the penalty, officials confirmed the part had been confiscated.

“They caught it in inspection and we were posted,” Pearn said. “It wasn’t intentional by any means. There’s no way you would do it at Talladega. Why would you do it on one side and not the other two if you were going to do it on purpose?

“Simple stuff like that gets caught all the time … NASCAR said they would review it, but people make mistakes all the time. It wasn’t intentional.”

Under 12.5.3.4.1.c (P3 PENALTY VIOLATION EXAMPLES) — “Unauthorized installation of additional components or modification of existing components not in conformance with the NASCAR Rules which affect the aerodynamic properties of the vehicle (e.g. deck lids, rocker panels, quarter panels, doors, side skirts, rocker panel extensions, “B” post), but not of a nature rising to a higher level Penalty.”

P3 penalties could carry one or more of the following options: Loss of 15 championship driver and owner points, a $20,000 to $50,000 fine, suspension for the crew and/or any team members for one or more races and/or probation for those team members.

Should NASCAR deem the modified jack bolt was a safety issue, the penalty could be raised to a P4 which could include the loss of 25 championship driver/owner points and/or a $40,000 to $75,000 fines and/or suspension of crew chief/team members for three races plus probation.

The four Chase drivers lowest in points without a win after Sunday’s race at Talladega, Ala., are eliminated from title contention as the field is cut from 12 to eight. Truex will go into the race with a 13-point cushion over ninth place.

Logano on unpredictable Talladega: "You create your own luck"