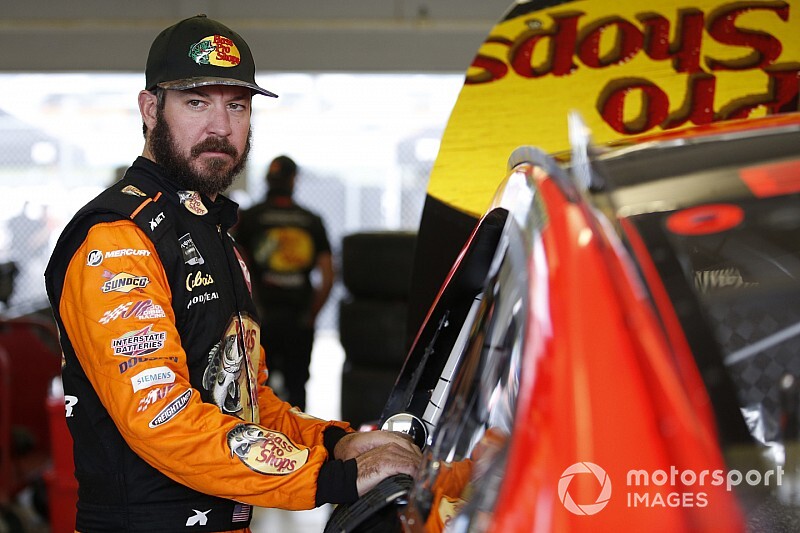 Championship contender Martin Truex Jr. dominated on his way to the Stage 1 victory at Homestead-Miami Speedway.

Martin Truex Jr. led 59 of the 90 laps and took the checkered flag more than 3 seconds ahead of Kyle Larson.

Hamlin started on the pole after NASCAR decided to cancel qualifying on Saturday but Harvick quickly made his way to the lead using the high line on Lap 1.

On Lap 10, Truex moved into the third position as Harvick’s lead over Hamlin increased to more than 1.1 seconds.

Truex got around Hamlin to take second on Lap 14 as Kyle Busch dropped to fourth among the title contenders.

Truex drove to the outside of Harvick in Turn 1 on Lap 21 and came away with the lead for the first time in the race.

Larson passed two cars on Lap 8 to move into the second position as Hamlin moved into third.

With 50 laps remaining in the first stage, Truex held a 3.3-second lead over Larson. Hamlin was third, Harvick fourth and Kyle Busch fifth.

A round of green-flag pit stops began on Lap 36 with Harvick and Kyle Busch among the first to stop for tires and enough fuel to make it to the end of the stage.

Once the cycle of stops were completed on Lap 40, Truex had returned to the lead, with about a 3.7-second lead over Larson.

After 50 laps, Truex had expanded his lead over Larson to 4 seconds while Kyle Busch had moved up to third. Harvick ran fourth and Hamlin fifth.

After 80 laps, Truex continued to dominate, holding a 6.2-second lead over Larson. Kyle Busch remained in third, Harvick fourth and Hamlin was fifth. Only 13 cars remained on the lead lap.

Steve Phelps: NASCAR wants to put the 'stock' back in 'stock car'