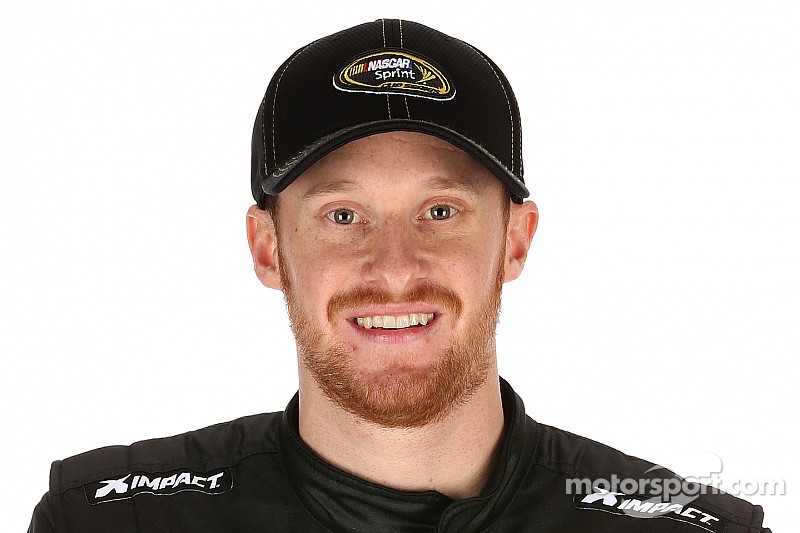 The No. 26 Estes Express Lines team to swap places with the No. 23 BK Racing Toyota.

Burton, 22, who has never raced at Richmond International Raceway, just barely missed qualifying for the Toyota Owners 400 on Friday. His lap of 125.517 mph was just a tad slower than Kasey Kahne, who qualified 40th. Burton’s No. 26 BKR Toyota is currently 38th in the point standings and was not ranked high enough for a provisional.

“Looking forward to doing a good job for the No. 23 team and Estes, today,” Burton said. “My crew worked their tail off on that car so we’re hoping to have a good run.”

Team owner Ron Devine says he was grateful to J.J. Yeley for sacrificing his seat on Sunday.

It’s hard to give up your ride, but J.J. showed great leadership.

“J.J. is one of the most gracious teammates,” Devine said. “He understands the business end of it and he wanted to make sure that Estes had a presence at their local track.

“It’s hard to give up your ride, but J.J. showed great leadership. He is testing this week at Indy and with the rain delay, this will give the No. 26 team more time to prepare for the test.”

A horse of a different color

BK Racing returned to Triad Racing engines last week for the Sprint Cup race at Bristol Motor Speedway. Devine confirmed that the team is running the Toyota power plants again this week and will likely run the engines next weekend at Talladega Superspeedway.

“I love my motors,” Devine said of his in house program. “I think they’ve performed very well. The first failure we had was at Texas. And that was a part failure. I’m really serious about improving the team. I just thought it was time to try something new.”

On Saturday, a report from Catchfence.com said BK Racing was in discussion with Tommy Baldwin and RAB regarding a “potential merger” between the three companies.

Devine confirmed there was dialogue but nothing had manifested from the discussions.

“We’ve been talking about all kinds of stuff,” Devine told Motorsport.com “But that’s all it was, was talk.”

It's a rainout at Richmond