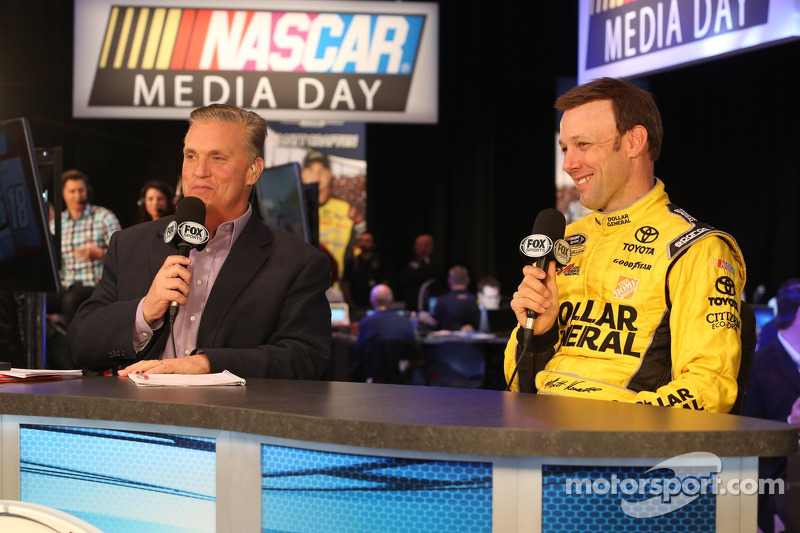 Toyota drivers have combined for 263 total wins -- 63 in the NSCS, 88 in the NNS and 112 in the NCWTS -- during the manufacturer's first ten years of NASCAR competition.

The 2014 campaign will mark Toyota's 11th season participating in NASCAR national series competition. In 2004, the manufacturer first entered the NASCAR Camping World Truck Series (NCWTS) with the Tundra and moved into the NASCAR Sprint Cup Series (NSCS) and NASCAR Nationwide Series (NNS) with the Camry beginning in 2007. 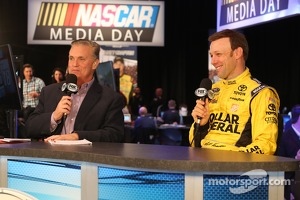 JGR totaled a team-best 12 wins in 2013 … Denny Hamlin finished the 2013 season with a win at Homestead-Miami Speedway … Hamlin, who was sidelined four races with a back injury last year, has recorded at least one win in each of his eight full-time seasons …

Toyota is looking for its first Daytona 500 win … Kyle Busch won the ‘Unlimited’ at Daytona in Feb. 2012 and also won the July race at the ‘World Center of Racing’ in 2008 … Michael Waltrip Racing team owner Michael Waltrip will drive the No. 66 Camry in the Daytona 500 … Waltrip is a two-time winner of the season-opening event (2001 and 2003).


What will you take away from 2013 and apply to the upcoming season with Joe Gibbs Racing? “You always try to improve to make everything better. Certainly (2013) was a great year for us. You always hope to go and try to top that and try to do better the following year. I’m really looking forward to our second year together. I was really excited last year going into the season and there were a lot of unknowns. I was probably kind of nervous, not 100 percent comfortable. This year, I have a year to build on and kind of understand a little bit more what JGR (Joe Gibbs Racing) is all about, how they operate and all those kind of things. I’m hoping that we’ll be better. I think that’s what everybody’s hope is, but we’re hoping we can improve on the things we did last year.”


Will the ban on ‘tandem-drafting’ have an effect on the Daytona 500? “I don’t think so. It’s the same for everybody -- you’ve got to get the most out of it. You’ve got to put yourself in the right situation. You’ve got to be a student while you are out there and it all comes down to the end. Whatever the rule package is, you can’t change the fact that for whatever reason somehow, someway it’s wild at the end of those things. I’m telling you, it’s the most amazing feeling that I’ve ever had. You’re scared, you’re excited, you’re having fun, sometimes you’re laughing. The amount of your emotion that goes through your mind on those last 10 to 20 laps is just incredible. It comes at you so fast it doesn’t even register what happens.”


Was it a difficult decision to move to RAB Racing? “It was a really difficult decision from the family aspect and everything that we’ve accomplished together at Turner Scott Motorsports, championships and race wins and poles. Leaving was definitely tough, but I want to make it to the Sprint Cup level, and I want to be a Sprint Cup champion one day. I have to make the moves in my career that are best for me, and I feel like coming over to RAB Racing and Toyota and being able to bring Rheem with me as a sponsor was the best situation for me. We’ve had a good start to our relationship together, and I’ve enjoyed working with Chris Rice (crew chief) and Robby Benton (team owner) and everybody at RAB Racing and Toyota. It’s been fun.”


What is your outlook for the 2014 season with the new Toyota Tundra race trucks? “This is a fresh slate for everybody. The new style Toyota Tundra looks pretty great. I might be a little bias, but I’m excited for this year. I definitely learned a lot from the last year. I know what I need to do now inside the seat to finish the races that I didn’t and improve on the races that weren’t that great. I have great partners with Toyota and having Toyota Care on my Tundra for some of the races and I’m very thankful for that opportunity. I’ve got to go out there and make the most of it.”

Travor Bayne: 'Daytona 500 was definitely the race win that changed my career.'