Our number 16 top moment of 2013 is Jimmie Johnson's 6th title in the NASCAR Sprint Cup Series, bringing him to within striking distance of the all time record.

Jimmie Johnson solidified himself as a NASCAR legend a couple championships ago, but this season, he completed the coveted six-pack.

Starting the season out in the strongest possible way, Jimmie Johnson took home the big prize in the season opening Daytona 500, and never looked back.

He spent much of his year floating around the top five, taking home a total of 6 wins, and putting down 974 fastest laps in the season, more than any other drive this year. Typical Jimmie Johnson.

He has spent his career breaking records and taking home trophies, but scoring loop data really puts into perspective his dominance behind the wheel. 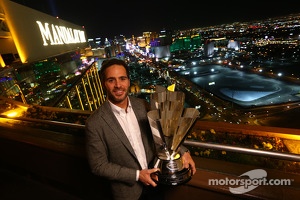 In 2013, he ranked first in laps led, with 1,985, became the first driver to win 4 All-Star races, became the fifth driver to sweep the two races at Daytona, and is now only one title back from matching the total championships won by the late Dale Earnhardt and Richard Petty.

Matt Kenseth seemed to be the only other driver with a real chance at the title, but the calm and cool Johnson, along with his Hendrick Motorsports crew led by Chad Knaus knocked off top fives in the latter part of the chase to take a 28 point lead into the finale. Typical Jimmie Johnson.

The finale was a story in itself, with three drivers mathematically eligible for the title. On a restart mid-way through the race, Johnson made contact with Kenseth almost sending both drivers into the wall and out of the race, but somehow everyone managed to continue on. 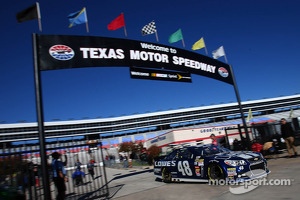 "I didn't have the cash, the funds, the sponsorship, really the means, especially in California, to go stock-car racing," Johnson recalled. "So anybody I could meet on the East Coast, I just wore them out."

“What Jeff Gordon saw in me, and what Rick Hendrick did at the time, I have no clue. I really don't. I mean, I could barely run in the top 10 in Nationwide. The Nationwide win came a year later, after I signed a contract with them."

Seventh annual #Loopies: Probably trending in a city near you