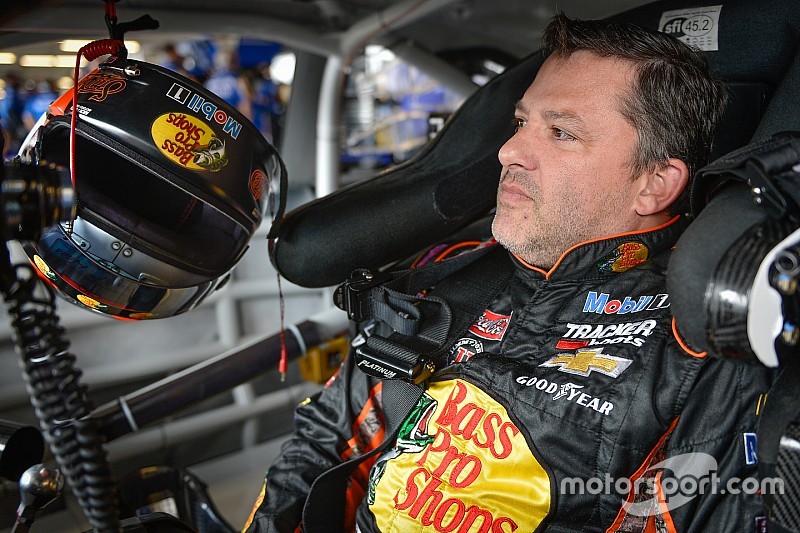 Tony Stewart has decided the 2016 season will be his last as a fulltime driver in the Sprint Cup Series, multiple sources familiar with his decision have confirmed to Motorsport.com.

Stewart is one of the most diverse and successful drivers in NASCAR history and at times one of its most controversial, but an official announcement of his decision to hang up the helmet has been set for 1 p.m. ET on Wednesday at Stewart-Haas Racing headquarters in Kannapolis, N.C.

Stewart’s decision leaves a void in the driver’s seat for his No. 14 Chevrolet at Stewart-Haas Racing beginning in 2017. Multiple sources have confirmed to Motorsport.com that Clint Bowyer has been tapped to take over the ride in 2017.

Bowyer, who will be released from his contract with Michael Waltrip Racing at season’s end, has yet to confirm a Cup ride for next season although sources have told Motorsport.com he is expected to run one season with HScott Motorsports.

Stewart’s driving career is without question Hall of Fame material. He’s won 48 Cup races – tied with Herb Thomas for 13th all-time. He’s also won three Cup championships – the most recent in 2011 – and captured an IndyCar Series title in 1997 before his fulltime move to NASCAR.

In 1995, Stewart became the first driver to win USAC’s version of the “Triple Crown,” earning championships in all three of USAC's major divisions – National Midget, Sprint, and Silver Crown.

In 1996, Stewart made his NASCAR debut in what is now called the Xfinity Series, driving for car owner Harry Rainer. In nine races, he had a best finish of 16th. He had more success in a one-time ride in the Truck Series, with Mueller Brothers Racing, where he finished 10th.

Stewart ran a handful of Xfinity races in 1998 with Joe Gibbs Racing in preparation for a move to the Cup series. He left JGR after the 2008 season and has been driver and part-owner of Stewart-Haas Racing ever since.

In his racing career, Stewart has won many of the most prestigious races in motorsports. He’s a two-time winner of the Brickyard 400 at Indianapolis Motor Speedway, the 2009 NASCAR All-Star Race winner, a two-time Chili Bowl winner and in 2001 was inducted into the National Midget Auto Racing Hall of Fame.

Stewart, 44, has seen his worst performance this season since he began competing in the Cup series fulltime in 1999.

He failed to make the 16-driver field for the Chase and is currently 26th in the series standings. Stewart does not have a top-five finish yet this season – he has never previously gone a season without one – and has just two top-10s in 27 starts.

It’s been a tumultuous past two seasons for Stewart away from his NASCAR career.

Last month marked the one-year anniversary since a sprint car driven by Stewart struck and killed driver Kevin Ward Jr. at a dirt track in upstate New York on the night before the Cup Series race at Watkins Glen (N.Y.) International.

Ward, upset at getting wrecked minutes earlier, was walking on the track while the race was under caution.

Stewart sat out the race at the Glen and two others before returning to action. A New York grand jury eventually declined to indict Stewart on any charges related to the incident. Ward’s family have filed a wrongful death lawsuit against Stewart but a trial date has yet to be set.

The summer before that, Stewart was seriously injured himself in a dirt track race in Iowa and missed the rest of the 2013 season recovering from a compound fracture of his right leg.

Stewart has admittedly not been the same person he was before the incidents of the past two years.

“I don’t think I’ll ever be the same from what happened the last two years,” Stewart said during an appearance at Texas Motor Speedway this summer. “I don’t know how you could be, I don’t know how anybody ever could be back to exactly the way they were.

“But not being back exactly the same that I was doesn’t mean that I haven’t become better in some way. I think there’s always positives that come out of every scenario.”

Also missing this season – and perhaps because he has not found himself in many competitive situations on the track – has been Stewart’s sometimes fiery personality which has led to a slew of run-ins with NASCAR officials, media and competitors over the years.

Stewart already gave up sprint car racing after Ward’s death – something that used to occupy much of his free time away from his NASCAR schedule.