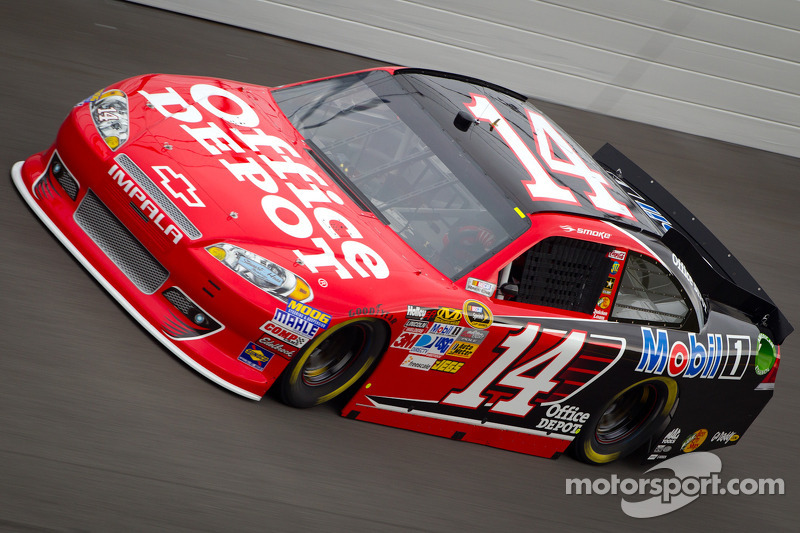 Coming into the NASCAR Sprint Cup Series race at the Richmond International Raceway a year ago, Tony Stewart was 12th in the point standings and unsure of how the rest of the season would play out. Fast forwarding to the September race at Richmond, Stewart managed to grab a spot in the Chase for the Sprint Cup field prior to starting a championship run that included five victories in 10 races en route to the Sprint Cup title for 2011.

A Hollywood writer couldn’t have written a more perfect script, having the determined driver overcome a dismal performance in the regular season to a championship-caliber run when the chips were on the line.

“If anyone would have told me we would win five races in the 2011 Chase, I would have laughed at them,” Stewart said a few days ago. “There’s no way for that to have happened. I would have been happy with one win the way we were running. The proof is that you just have to get yourself into it (the Chase), and then you have just as good of a shot at it as anyone else.”

There’s a long way to go in the season, and it is too early to be concerned with points.

Stewart returns to Richmond this weekend to the track he calls his favorite, as it was the scene of his first Sprint Cup victory in 1999. “I led 333 laps that day, the only race in 14 years that I can tell you how many laps I led; it sticks out for sure,” the championship driver said. “It is funny now but on every pit stop that day, Greg Zipadelli was cussing everybody out, as we would come in with the lead and come back out sixth or seventh. We had to constantly pass Mark Martin, Jeff Burton, Dale Sr. (Earnhardt), Bobby Labonte and Jeff Gordon, fighting our way back to the front. Richmond has always been a special place for me.”

Coming into this weekend’s race, Stewart sits eighth in the standings and he claims he hasn’t cast a glance at the points. “I haven’t looked at the point standings and with two wins this year, I probably won’t look at points for a while,” he commented. “I just take one race at a time. There’s a long way to go in the season, and it is too early to be concerned with points.”

As co-owner of Stewart-Haas Racing, Stewart has a lot of irons in the fire, overseeing the two-car team, managing the lightning-fast Eldora Speedway in Ohio and overseeing a two-car World of Outlaws sprint car team along with a USAC sprint and Silver Crown team. In addition, the dirt-track veteran has lined up 40 winged sprint-car races for himself.

“I have raced in 10 dirt events so far,” he said. “On a lot of Cup weekends, I will be racing all three nights, flying off to do sprint-car races when I can. I like to mix with the guys and keep up with what’s going on. The hard part is that I don’t really get to run (on dirt) as often as I want to.” 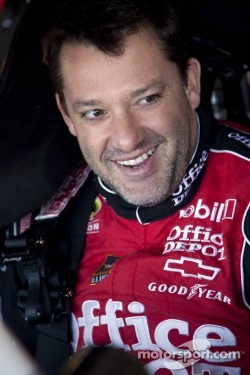 On the Sprint Cup side, Stewart is pleased that he and teammate Newman have each won at least once this season. “It is not so much for us as it is for the whole organization,” Stewart said. To accomplish the team’s mission, Stewart and co-owner Gene Haas have surrounded themselves with skilled managers. “I learned a lot from Joe Gibbs. Joe had a lot of different interests and when he went off to coach the Washington Redskins, he still managed to run the Cup team. You have to trust the people behind you and know they have your best interest in mind.”

During the off-season, Stewart didn’t take much time off. “We had a lot of changes in upper management, so I needed to be around,” he said. “It is easy for me to be at the shop, as I am single and most of my guys have families. I just have my dog Hank (a rescued German shepherd) to take care of, and he’s happy as long as he gets fed.”

Stewart and Haas would like to become a three-car operation in 2013 or beyond, and they have their eyes focused on up-and-coming drivers. Three young drivers that seem to be on Stewart’s radar are Ricky Stenhouse Jr., Josh Richards and Kevin Swindell. “We are always looking at young drivers and their development, but only time will tell,” Stewart said.

In the meantime, Stewart is focused on Richmond this weekend, the ninth stop of the Sprint Cup season. “Richmond hasn’t always been good to us (three wins to date), but it is still my favorite track and I look forward to it. It is the perfect-sized track with close racing without the drivers being stacked on top of each other.”

With three wins and 17 top-10s in 26 races at Richmond, Stewart will be viewed as one of the chief contenders when the green flag drops on Saturday evening. And with it being his favorite track, a positive outcome should be forthcoming. 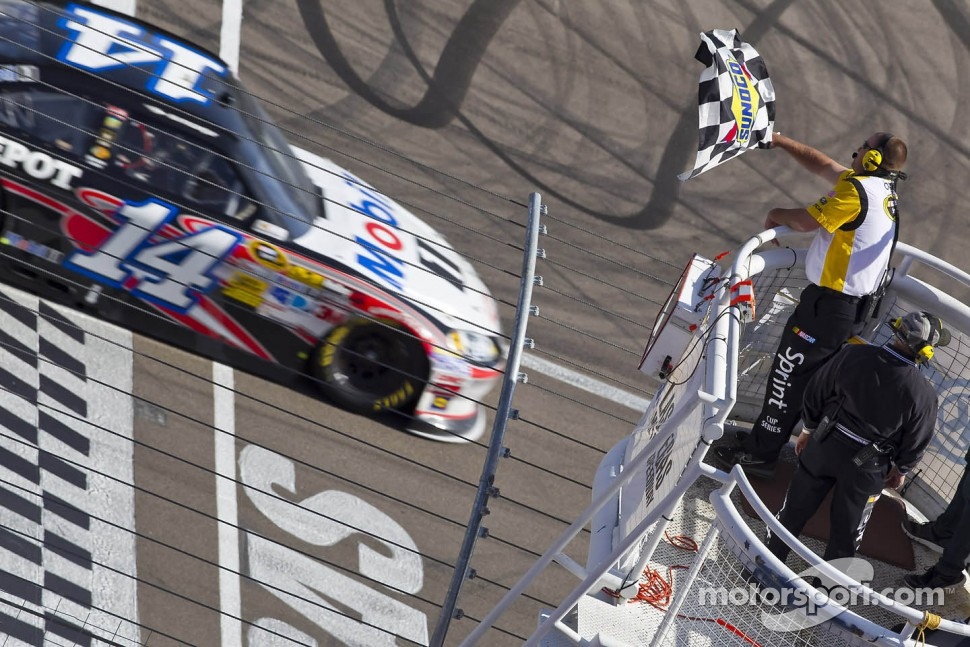 What happened to Kyle Busch?