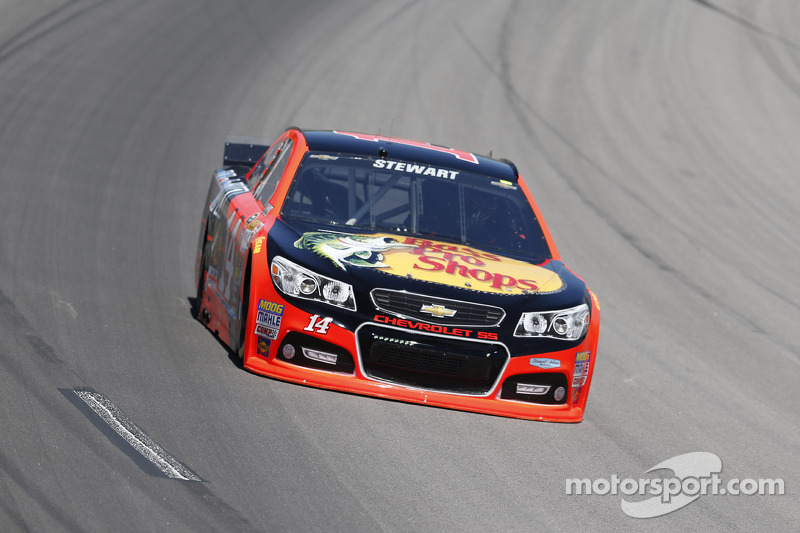 That thirst for speed will be quenched this weekend at Michigan International Speedway in Brooklyn, site of the Quicken Loans 400.

KANNAPOLIS, N.C., – Tony Stewart knew from a very young age he wanted to drive racecars. Whether it was an innate yearning or an interest fostered through the support of his parents is a classic nature versus nurture debate best left to the humanities experts. All that mattered is a young Stewart enjoyed the thrill of competition and felt the need for speed.

That thirst for speed will be quenched this weekend at Michigan International Speedway in Brooklyn, site of the Quicken Loans 400. In his No. 14 Bass Pro Shops/Mobil 1 Chevrolet SS for Stewart-Haas Racing, Stewart will turn laps around the 2-mile oval in excess of 200 mph.

Fast has been the most common adjective used to describe Michigan since it was repaved in time for the 2012 season. Changes to the track’s surface combined with changes to the cars have resulted in the track qualifying record being broken on two occasions – first by Marcos Ambrose in June 2012 with a lap of 35.426 seconds at 203.241 mph and again last August when Joey Logano turned a lap of 35.303 seconds at 203.949 mph. 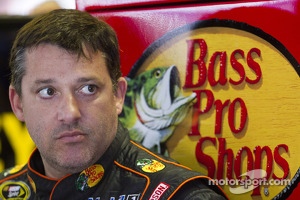 Coinciding with the increase in speed has been an escalation in the number of caution periods. In the four races prior to the repaving project, the yellow flag was displayed a total of 19 times for 78 laps. The caution rate since 2012 has increased nearly 50 percent, with 34 caution periods slowing the last four races for a total of 146 laps.

While the additional speed has proven problematic for some, Stewart has thrived. Aside from an engine failure during the track’s August 2012 race, Stewart has finished fifth or better since the repaving project, with a runner-up finish in June 2012 being his best effort.

A closer look at Stewart’s record at Michigan reveals his ability to navigate the track’s fast, sweeping confines has, in fact, been on display since he first wheeled a Sprint Cup car on the D-shaped layout in June 1999.

Stewart finished a respectable ninth in his Michigan debut as a Sprint Cup rookie in 1999. Had he not run out of gas at the finish of the race, he likely would’ve earned a top-five. When the series returned to Michigan two months later, Stewart overcame a 37th-place qualifying effort to finish third. He would go on to best that top-five effort the following June when he raced to his lone Michigan win – an event in which he started 28th and rallied to lead twice for a total of 13 laps.

Those first four trips to the Irish Hills set the tone for the complementary relationship that not only has existed during the course of Stewart’s Sprint Cup career, but has became even more pronounced since 2009 when Stewart joined Gene Haas as a co-owner of SHR. Stewart has finished in the top-10 at every Michigan race since SHR’s inception of SHR but for two events – a 17th-place result in the August 2009 race and a 32nd-place finish in the August 2012 race, the result of the aforementioned engine failure. Stewart has 29 career starts at Michigan with a win, 12 top-fives and 20 top-10s.

As has been the case through much of his career, Stewart tends to turn up the heat the same time NASCAR reaches its summer stretch. Of his 48 career Sprint Cup victories, almost half (23) have been scored in June July and August. It’s a trend Stewart eyes this weekend at Michigan as he seeks his first win of the 2014 season.

It’s been a couple of years since Michigan was repaved. How much do you think the track will have changed during the course of the last year? “It’s hard to say but it should be better. That first year, once it cleaned off, it seemed like the track got to be pretty good. It was still a relatively one-groove track, but it got better as the weekend went on. It was even better last year and really we should see more of the same even with the higher speeds. Hopefully, the racetrack will continue on that path and continue to widen out. It was a lot racier than I thought it would be, right off the bat, and it’s just been getting better so I’m anticipating it’s going to be even better when we get back on it this weekend with our Bass Pro Shops/Mobil 1 Chevy.”

When the temperature gets hotter, so do you. Why is that? “I honestly think it’s my dirt background. It just seems like when the tracks get hotter and slicker, that it just plays into my driving style. I like the tracks to be slick and hot and how it forces you to search around. I think that’s been the key to our success from day one.”

What kind of opportunity does Michigan present? “Now that they’ve repaved it, it’s just lightning fast. And the groove is getting wider and wider so it’s easier to race there. It’s definitely just a fast, fast racetrack. We talk about momentum. Momentum is a huge deal there. You carry so much speed to the turns, and the corners are so long and so round, you have to be very smooth there.”

Michigan falls on Father’s Day weekend. Do you have any particular racing memories of you and your dad? “Probably the first 10 years of my life in racing, we raced together with our go-karts. I would say probably our greatest memory is the first Grand Nationals that we went to in Iowa together. We won out there, and I think it was about four o’clock in the morning when we finally finished. I was 12 years old, so it was way past my bedtime, but it was the first time I had seen that much excitement in my father’s face. I guess he realized more at the time what we had accomplished than what I realized had happened.”

You missed the last 15 races of the 2013 season with a broken right leg. As you come upon the 15th race of the 2014 season, how do you feel, physically and mentally? “I honestly thought I would be done with all this by now. As far as rehab, pain, all that stuff, I thought it would all be done. I thought we would be healed 100 percent by now. But keep going to the doctor on our scheduled appointments and they keep updating us on how it’s going and what they think the outlook is for it. We just adjust it. When you haven’t gone through something like this, you don’t know what to think and don’t know how to feel about it. You don’t know what to judge for recovery times and this and that because you’ve just never been through it. If it ever happens again, I will have a better idea of how to answer that. You just take it a day at a time still.”

Can Hendrick Motorsports stop the bleeding on the No. 5 team?