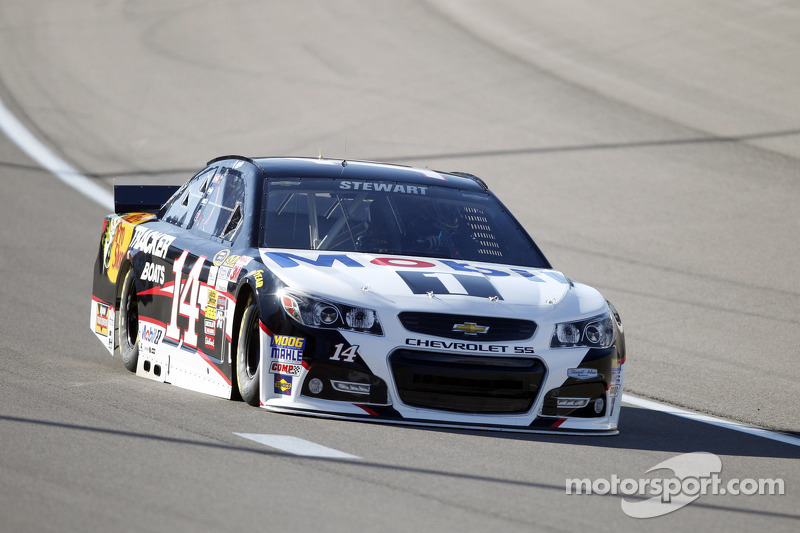 During the third round of knockout qualifying Saturday afternoon at the 1.5-mile track, Stewart began his money lap in the final half-minute of the session and completed it after the five-minute clock ticked down to zero, ending the session.

Stewart (195.454 mph) edged Brad Keselowski, who has made a habit of front-row starts under the qualifying format NASCAR introduced this year. Keselowski posted a lap at 195.419 mph, and the speed held up until Stewart's last-ditch run. 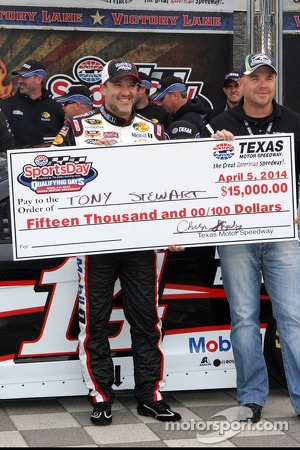 The Coors Light pole award was Stewart's first since 2012 at Atlanta Motor Speedway, his second at Texas and the 15th of his career.

"It felt really fast right to the middle of (Turns) 3 and 4, and then it got really loose the last half of the corner,” Stewart said of his pole-winning lap. "We didn't know what we could run this third time, but I knew what (Greg) Biffle had run.

"The good thing is (crew chief) Chad Johnston made a really big change there to try and make it better. Like he said, 'I was either going to make you quick, or I was going to make you 12th.' I'm glad he made the change. He's got a lot of confidence, and I really like that."

Keselowski earned a front-row starting spot for the fifth time in six knockout qualifying sessions this season, but four of those landed him on the outside of the front row, not the pole.

"I thought we had it,” Keselowski said, "but that's why they do it this way. It's really exciting, and, I think, a lot of fun to watch. … We came up short, but we still have a lot to be proud of. We're starting on the front row, and (on Sunday we need) to make that count. Hopefully, we can pull that off.

"We did a lot of practice in race trim and not a lot in qualifying trim, so I guess that's a good omen.”

The first two rounds, which narrowed the field to the top 12 drivers, also produced notable statistics. On his only run in the first round, Harvick posted the fastest lap ever run on an intermediate speedway -- 198.282 mph (27.234 seconds).

The second round was noteworthy for one driver who didn't make the final 12 -- six-time series champion Jimmie Johnson, who posted the 16th fastest time in the 10-minute second session. That was the first time in knockout qualifying this year Johnson failed to make the top 12, leaving Logano as the only driver to have advanced to the final round in each of the six knockout time trials this far.

"We're really surprised not to have pace here in qualifying,” Johnson said. "We have a very fast race car, in race trim especially. Our car is blazing fast. Qualifying hasn't always been my strong suit, and today it showed up here for whatever reason. We'll get her cleaned up and get her ready for the race on Sunday.

"We felt like we had a very good understanding of things, and we spent a lot of time this afternoon working on old tire runs because we were so good in race trim and we just missed it (for qualifying). Everybody else picked up a lot more speed than we did, so we will have to dig in deep and try and understand why.”