The new Sprint Cup car is still a work in progress 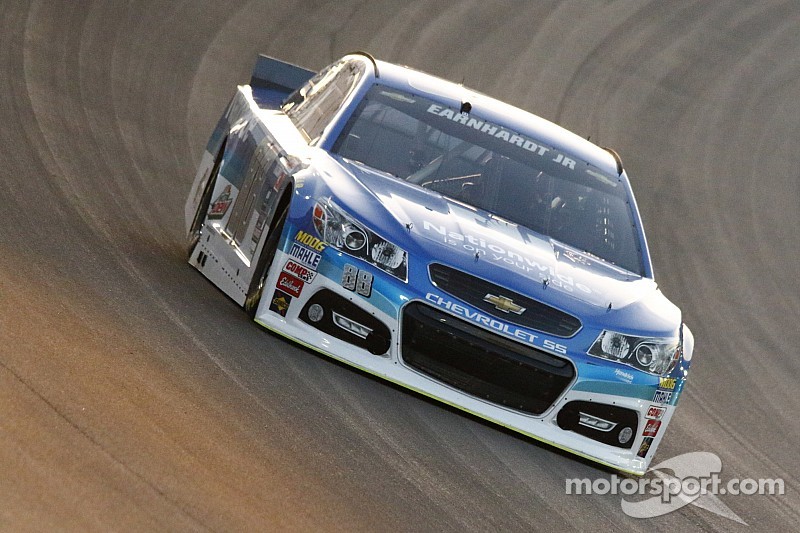 This week's test at Charlotte Motor Speedway will offer NASCAR and teams an opportunity to dial in the 2015 cars.

LAS VEGAS – With NASCAR's new testing ban, getting the new Sprint Cup cars up to speed has been a challenge.

Fortunately, four Cup teams will participate in a Goodyear tire test on Tuesday followed by an open NASCAR test on Wednesday in preparation for Speedweeks at Charlotte Motor Speedway in May.

During the tests, teams will have an opportunity to work on the 2016 rules package, which has even less downforce than the current configuration the sanctioning body introduced for this season. Modifications on the 2015 car included shrinking the rear spoiler from eight inches to six which resulted in a 200 to 300 pound loss of downforce and a 150-175 horsepower reduction with the addition of the tapered spacer.

However, in the first two intermediate track races of the season with the new package, the lead car has left the field in his dust. At Atlanta Motor Speedway, the margin of victory for Jimmie Johnson 1.802-seconds over Kevin Harvick. Harvick’s advantage over Martin Truex Jr. at the line in Las Vegas Motor Speedway was 1.640-seconds. Throughout both races, cars could move around in the pack but unless the driver at the point experienced handling issues or pitted, the front car simply checked out.

Carl Edwards would like to see the cars less aerodynamically dependent in an effort to put the racing back in the drivers’ hands.

As you remove horsepower, there's just less time off the throttle and eventually if you keep taking more horsepower away and the teams keep finding more and more downforce, it will be impossible to pass.

“NASCAR, the drivers, the fans – we all want to see the best racing on the race track,” Edwards said. “The question is how exactly do we get that? The way I understand it, Gene Stefanyshyn (NASCAR senior vice president for innovation and racing development) and everyone at NASCAR is going through the process of trying to remove a little bit of downforce and to make the cars race better.

“I'm hoping that there's more of that in the future because what's happening is as you remove horsepower, there's just less time off the throttle and eventually if you keep taking more horsepower away and the teams keep finding more and more downforce, it will be impossible to pass. So NASCAR has to stay ahead of that curve. They're working on it.

“We tested a package that is even lower downforce than this and I hope and pray every day that that's the direction we go, because I believe that's what the fans deserve. I think that's what's going to provide the best racing and NASCAR has been headed that direction."

NASCAR has told teams participating in the All-Star at Charlotte on May 16 that they can incorporate the 2016 package on those cars for the event. With a field of approximately 25 cars (which could change if a rash of first-time victors win between now and the event) the sanctioning body will have a better idea how that configuration will perform under race conditions.

"To me, it's an opportunity to say, 'Hey, this is what the sport was built on,'” Edwards said. “It was built on stock cars not relying on spoilers and splitters and guys manhandling race cars around the race track and I think that's where NASCAR wants to be, that's where the drivers want to be and I hope we end up there."

Kevin Kidd, team manager for Roush Fenway Racing’s Sprint Cup program, is looking forward to seeing the how the new package reacts prior to the All-Star race.

“The rules package in general, it’s arguable at this point whether it’s the right direction or the wrong direction, I don’t think anybody really knows right now,” Kidd said. “I am excited that (NASCAR) is working towards the path they’re working on. I’m of the school of thought that less downforce makes for a better show. So working towards that path is probably a good thing.

“There’s a lot of arguments either way, so we’ll let the test and the data play out and see how it works out.”

As for the current package, which still hasn’t eliminated the benefit the lead car has to check out from the field, Kidd says that's likely unavoidable.

While some series have implemented driver-activated devises such as IndyCar’s push-to-pass or F1’s DRS (drag reduction system), Kidd isn’t sure whether NASCAR needs such tricks.

The guy out front in clean air will always have an advantage. That’s physics, no way around it.

“It’s hard to defy the laws of physics,” Kidd said. “The guy out front in clean air will always have an advantage. That’s physics, no way around it. I think if you look at what other racing series have done in the past, they’ve gone to artificial means in an attempt to give the second-place car an advantage. I don’t think we need to go there.

“The reality is, the aerodynamic advantage of being the lead car is something that physics allows and is a hard thing to overcome. Will we ever get there? The jury is still out. I have my doubts.”