The King & I: RPM offers fans a trip of a lifetime 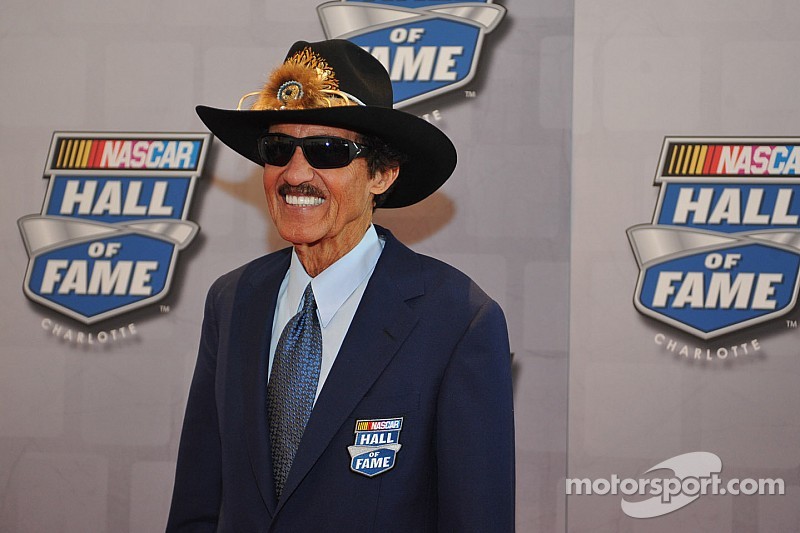 What started out as an interview, turned out to be so much more for a group of lucky race fans.

Murstein was reminiscing about a meeting with Johanna Long and Petty, when he made the offer “to invite a couple of your listeners to attend the race with me and the King at Daytona.”

“So anyone that’s interested and listening, send me an email,” Murstein told us on Sirius Speedway. “I’d like to invite the first 10 or so people that respond.

"If you could just tell me a little about yourself and why you would like to attend the race, it would be my honor to have you come and join us at Daytona and join the King and I at the race.”

More than 500 fans replied to Murstein in the first 24 hours. James Helms was riding in his truck through the oil fields in Northeast Utah when he heard the offer on Sirius. The 35-year-old automation and telemetry technician stopped the truck and backed up the interview. Helms didn’t hesitate to follow up.

I think it will be pretty cool to meet and hang out with the King.

“I have never been to a race at Daytona,” said Helms, who won tickets for the Xfinity Series race on Saturday and purchased seats for Sunday’s Daytona 500. “I think it will be pretty cool to meet and hang out with the King.”

Helms’ love of NASCAR developed while watching races with his father. The self-described Bobby Labonte fan has lately leaned to the Kyle Busch camp as the 2000 Cup champ has transitioned out of the seat. He’s attended races at Las Vegas and Texas Motor Speedway, but it looking forward to his first Daytona 500.

In addition to the tickets, Murstein provided the 13 fans that were selected with $200 per person for travel expenses and pit passes. Helms was contacted earlier this month His wife Jeannie will accompany him to the event. While his family and friends thought the contest was a scam, Helms was never in doubt.

“I was surprised when I was selected,” Helms said. “I had forgotten I entered. But I always thought it was real. It should be fun. We have everything ready to go.”

For Kim Torres, the trip is a “dream come true” for her nine-year-old son James. The family was driving home to Centreville, Virginia after the holidays and turned to Sirius Speedway just as Murstein delivered his proposition. Torres’ son “grabbed my iPhone and the rest is history.”

“My son wants to be involved in NASCAR when he grows up as either a six-time champion driver, a mechanic or the guy who waves the flags – and, yes, he owns all of them,” Torres said. “He likes Richard Petty – and being autistic – has an uncanny ability to cite all of the facts about him and nearly every other driver. Mr. Murstein mentioned meeting the King during the Sirius interview and stupidly, I had to ask my son who that was because all my mind was processing was Elvis and I knew he wouldn’t be there.

“My son was annoyed when he had to explain that the King was Richard Petty. So, I’m actually looking forward to meeting him.”

Torres has been to Richmond International Raceway and Martinsville Speedway. She said the family was “glued to the TV” during qualifying in anticipation of their first trip to Daytona.

Murstein is looking forward to meeting all the winners this weekend. While he was overwhelmed by the fan response, Murstein “was even more surprised how many fans emailed him just to say thank you for saving RPM”.

Since Murstein bought into Richard Petty Motorsports at the end of 2010, the organization has steadily worked its way back to being one of the more competitive organizations in NASCAR. Last season his additional investment enabled RPM to increase its engineering. Part of the payoff was Aric Almirola qualifying for the Chase. At the end of the season, RPM moved into a larger show where both Cup teams and the Xfinity Series squad are housed.

“Most of the respondents didn’t want tickets,” Murstein said. “They just wanted to show their appreciation.”

This weekend there will be a lot more “appreciation” to go around.”