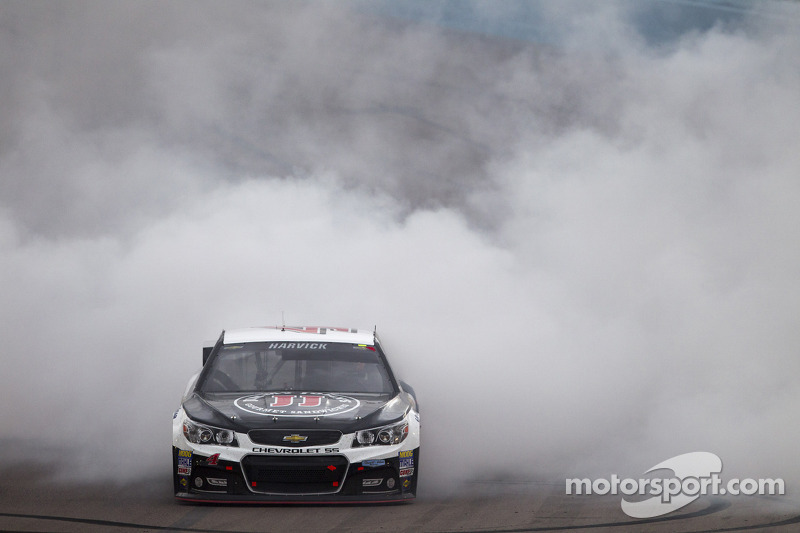 This was supposed to be a team fraught with conflict between owners Tony Stewart and Gene Haas...

Those who were writing the epitaph for Stewart-Haas Racing, even before the 2014 season began, can stop engraving the tombstone.

This was supposed to be a team fraught with conflict between owners Tony Stewart and Gene Haas, after Stewart was sidelined by a Sprint Car accident and Haas unilaterally hired Kurt Busch to drive a fourth SHR team.

This was supposed to be a team that wasn’t big enough to house the egos of four star drivers—Stewart, Busch, Kevin Harvick and Danica Patrick.

At Phoenix, however, Harvick’s team showed up with the most thorough preparation and a decisive edge in speed. Harvick dominated both practice sessions on Saturday and spanked the field in Sunday’s The Profit on CNBC 500 at Phoenix International Raceway.

Yes, SHR had its share of trouble, too. Patrick wrecked, Busch blew an engine, and Stewart finished 16th with a car that appeared capable of a better result.

But in leading 224 of 312 laps and winning at Phoenix for the fifth time, Harvick proved that Stewart-Haas, at its best, could be the class of the field.

“They beat everybody before they came to the track,” Keselowski said.

Admittedly, it’s far too early to call the SHR experiment an unqualified success. But, to be fair, it’s also far too early to predict its demise, as Harvick proved so emphatically at Phoenix.