The ten closest finishes from the 2020 NASCAR season

The top three national divisions of NASCAR featured some exciting battles throughout a unusual year of racing. Take a look back at the ten closest margins of victory from the 2020 season;

1/10
Ryan Blaney captured his lone win of the 2020 season in a thrilling finish at Talladega Superspeedway. While rivals Erik Jones and Aric Almirola crashed to either side of him, he beat Stenhouse to the finish line in the closest margin of victory from this past season. 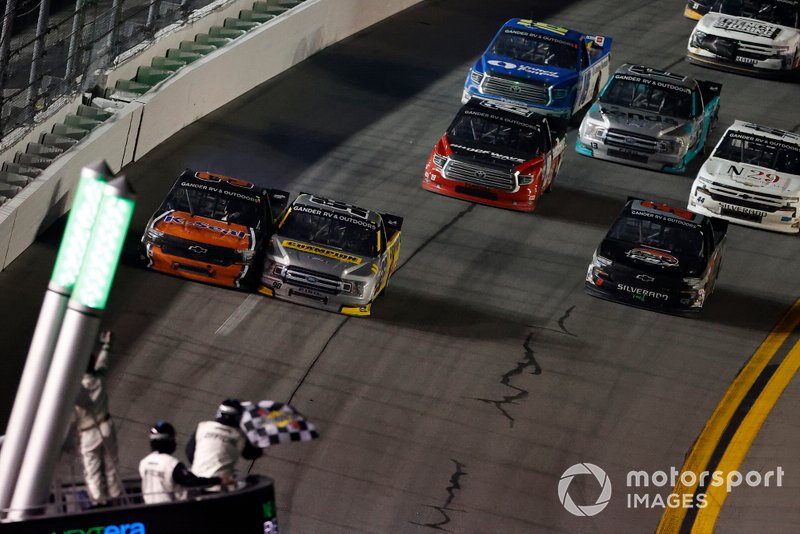 2/10
In the opening race of the 2020 NASCAR Truck Series season, Grant Enfinger slammed fenders with underdog Jordan Anderson, denying him an upset win by mere inches. 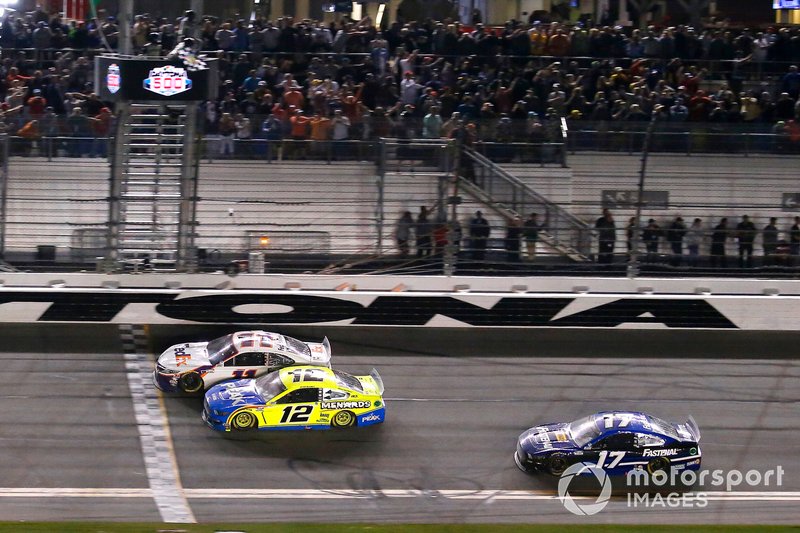 3/10
While the world looked on in shock at Ryan Newman's horrific airborne crash, Denny Hamlin secured his third victory in the Daytona 500, avoiding the spinning car of Newman and narrowly beating Blaney to the line. 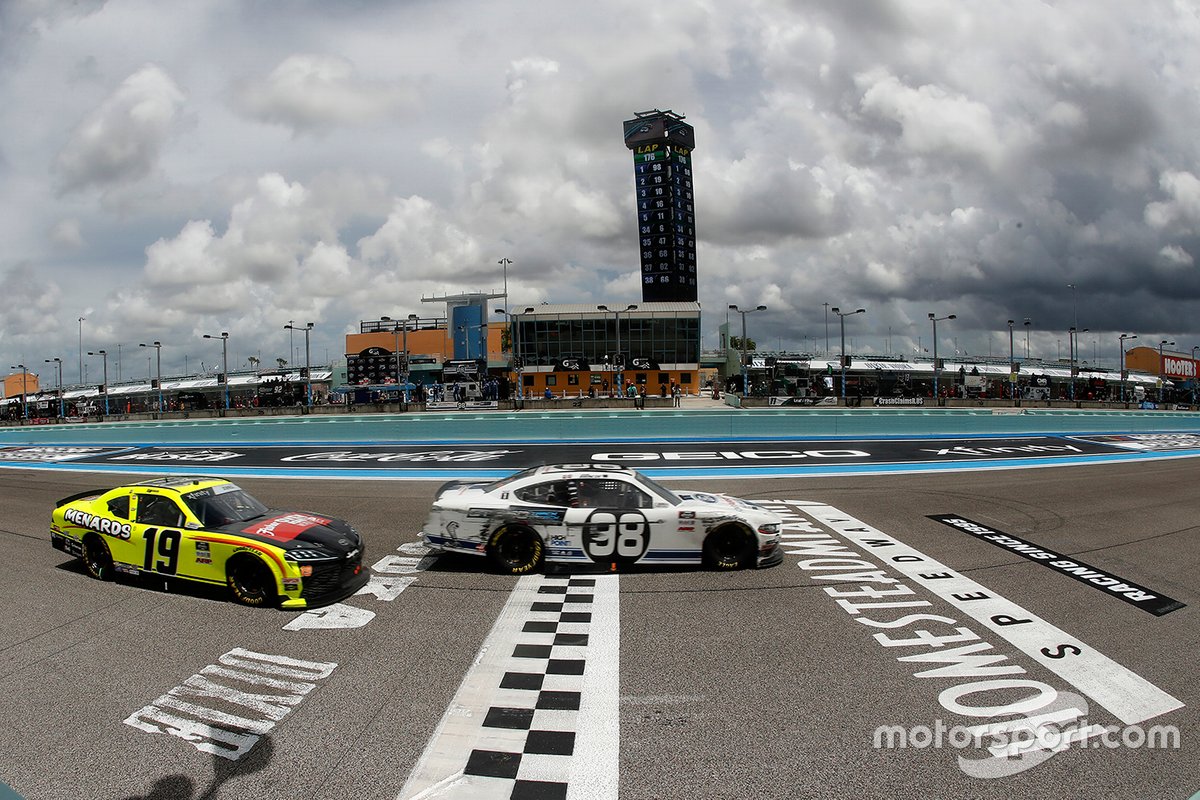 4/10
The first entry on this list that didn't take place at Daytona or Talladega Superspeedway. Briscoe took the lead with an inside pass on a GWC restart, but Jones fought back with momentum on his side, but not enough time as Briscoe crossed the finish line and claimed the checkered flag just ahead of the JGR driver. 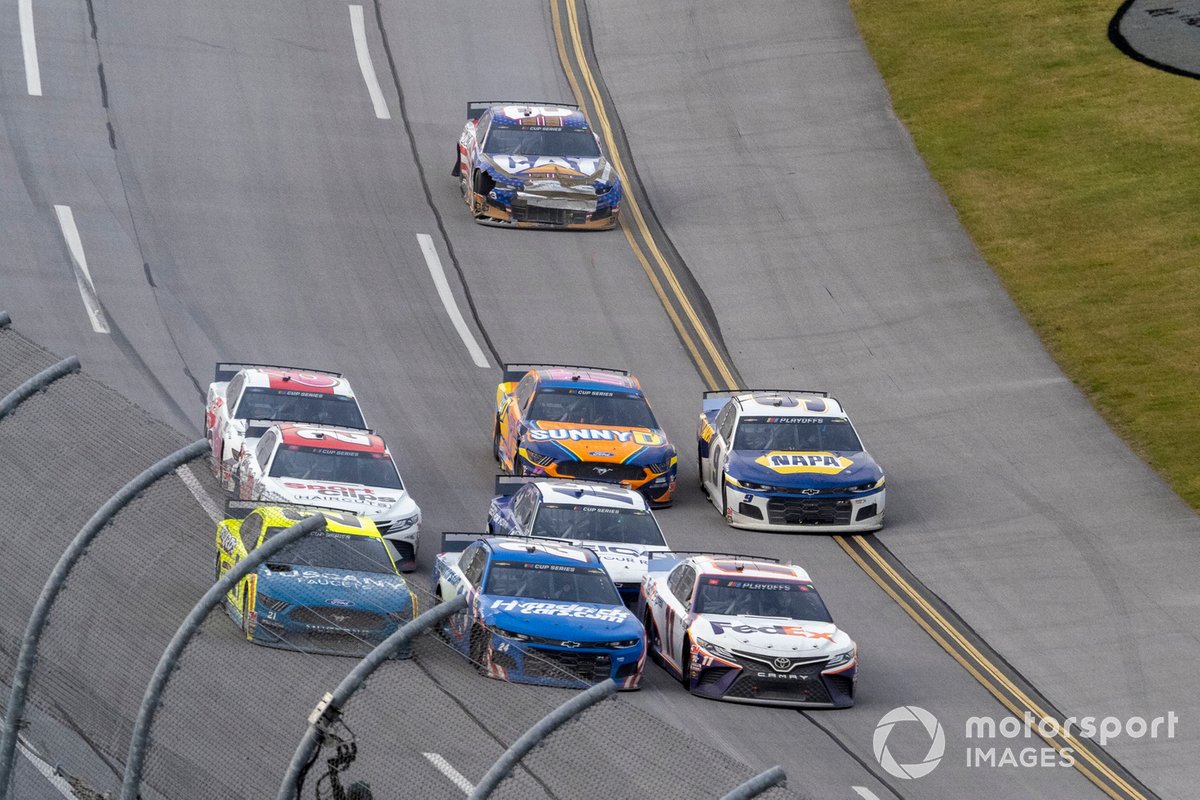 5/10
This chaotic finish could have been a bit higher up the list, as Hamlin claimed the win by just 0.023s over Matt DiBenedetto. However, NASCAR black-flagged the Wood Brothers Racing driver for forcing another car below the white line in Turns 3 and 4, giving second-place to Erik Jones. the result was still enough to place it fifth in our rundown. 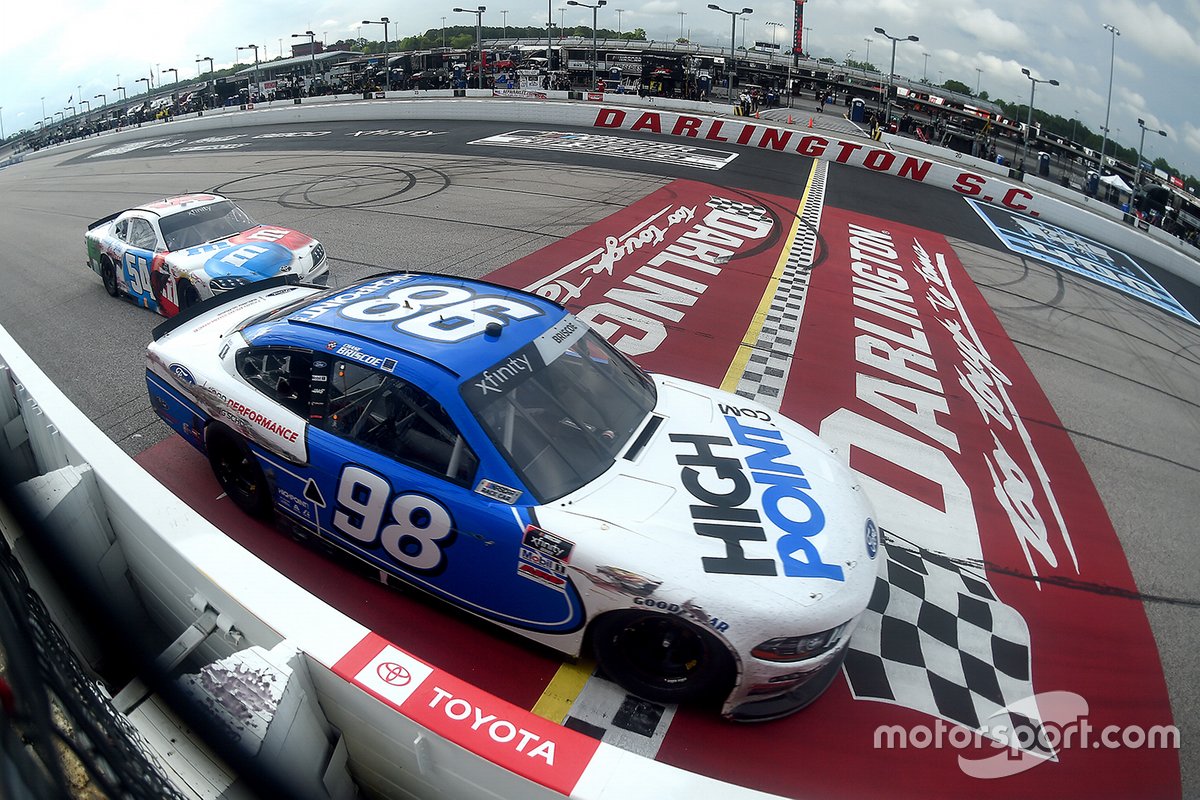 6/10
Chase Briscoe battled it out with one of the best in Kyle Busch in the closing laps at Darlington Raceway earlier this year. The Xfinity Series title contender took on the 2x Cup Series champion and prevailed in one of the more entertaining back-and-forth battles of the season.

7/10
Kevin Harvick swept the Michigan doubleheader in August, but not without a challenge. Denny Hamlin mounted a late charge, but wasn't able to quite get there as Harvick took back-to-back victories. 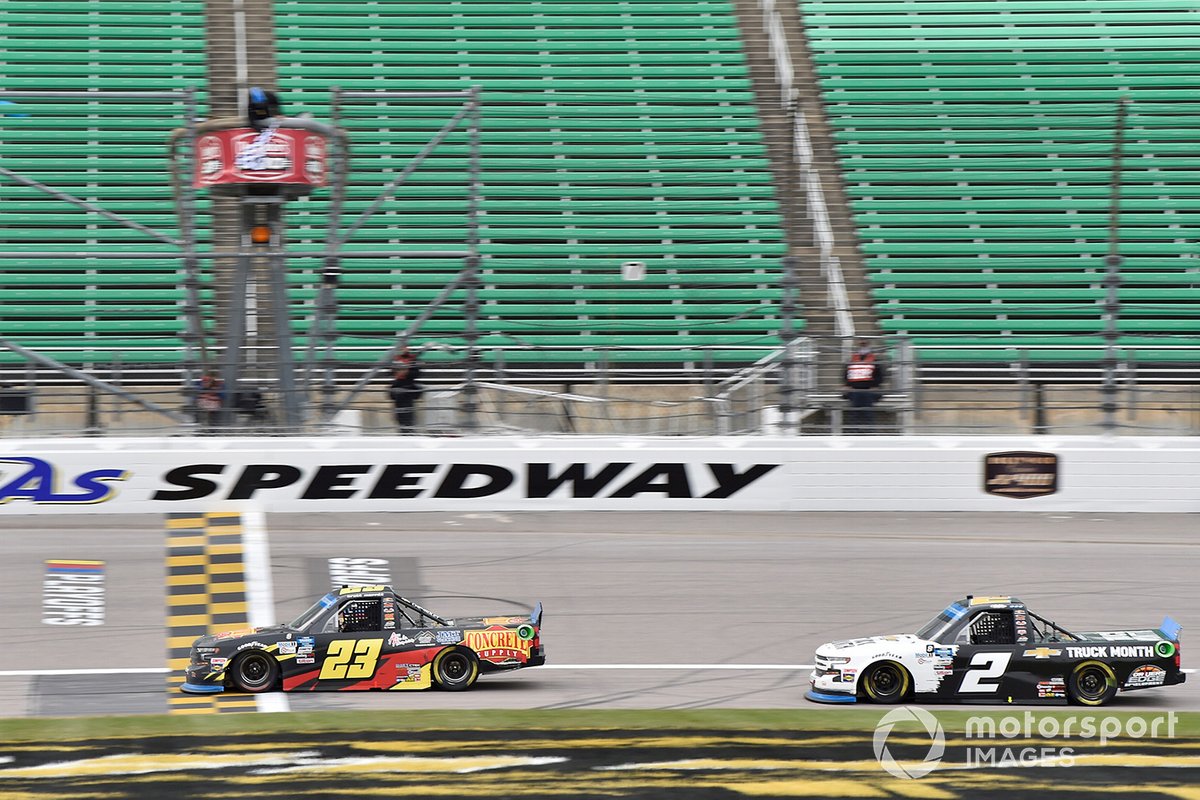 8/10
Moffitt held on in a two-lap shootout for what would be his only victory of the 2020 NASCAR Truck Series season. 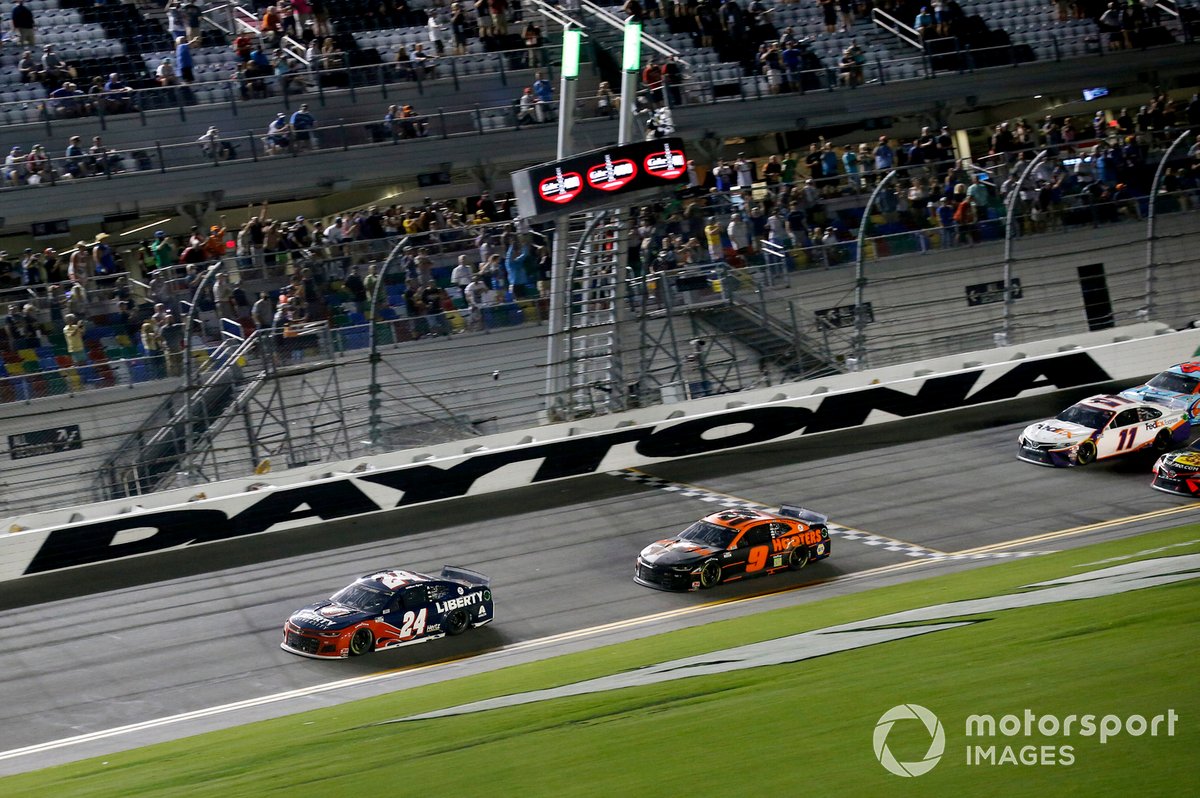 9/10
William Byron locked himself into the NASCAR Cup Series playoffs with his first career victory in the regular season finale at Daytona. It would be Chad Knaus' final win atop the pit box before transitioning into an executive role at Hendrick Motorsports. 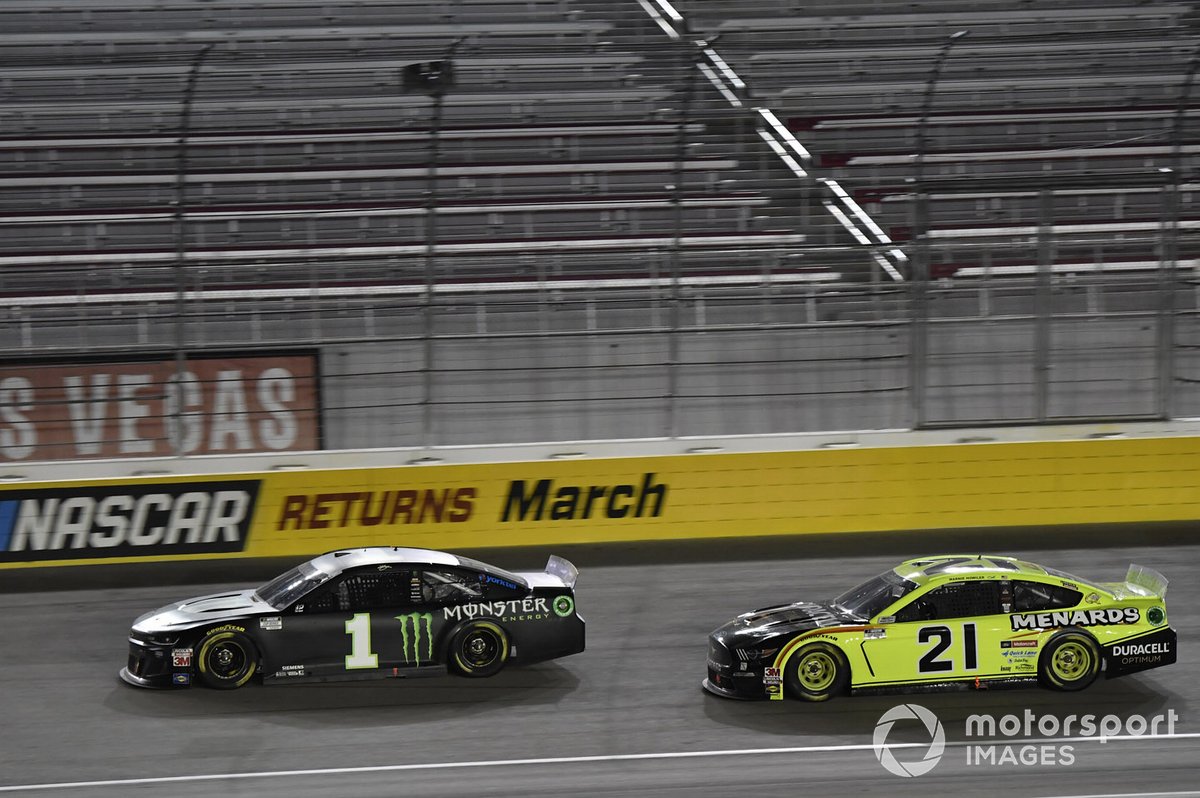 10/10
Kurt Busch's lone trip to Victory Lane in 2020 came at home as he beat Matt DiBenedetto to the checkered flag at Las Vegas Motor Speedway. The victory ended an 0-21 losing streak at Busch's home track.