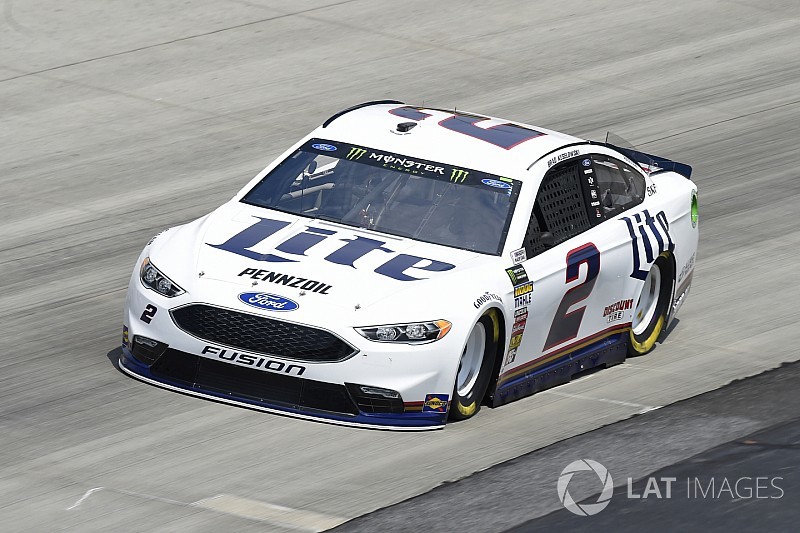 Team Penske was first out and led the way in Saturday’s first Monster Energy NASCAR Cup Series practice at Dover.

Teammates Joey Logano and Brad Keselowski were the first two cars on the track for Saturday’s first practice session and went right to the top of the speed chart, where they remained until its conclusion.

“Early bird gets the worm,” Logano said over his team radio as he completed his first lap.

Chase Elliott was fourth and Aric Almirola completed the top-five.

Despite qualifying 18th for Sunday’s AAA 400, Logano said Dover is one of his favorite tracks.

“I started my first Xfinity race here back in 2008 so Dover has always been a special place for me. It is a bad-ass race track. That part never changes every time I get out there,” he said.

“This has been probably a weaker race track for Team Penske as of late. We have run well here but the last two or three years have been kind of a little bit of a struggle for us. Hopefully the speed we have had in our cars the last few weeks and things we have learned in the past here we can make our cars quick here.”

Rounding out the Top 10 in practice were Kevin Harvick, pole-winner Kyle Larson, Ricky Stenhouse Jr., Kurt Busch and rookie William Byron. Kurt Busch completed the most laps in the session (50).

Five teams – those of Trevor Bayne, Daniel Suarez, Gray Gaulding, Derrike Cope and Kasey Kahne – were forced to sit out the final 15 minutes of the session for being late to qualifying inspection on Friday.

Corey LaJoie, in the No. 72 Chevrolet, got back on track Saturday after missing Friday’s qualifying session. His car lost its engine at the end of Friday practice and wasn’t ready in time for the start of Round 1 of qualifying.

Jimmie Johnson: "We’re a victim of our own success"