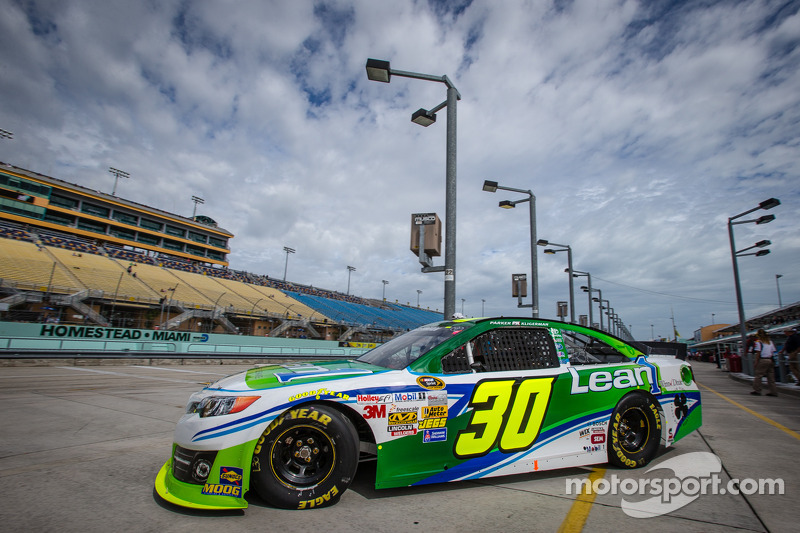 Just one year after their debut in the series, Swan Racing continues to grow.

Swan Racing announced today that it is expanding to a multicar organization in 2014 and will compete in the NASCAR Sprint Cup Series with rising stars Parker Kligerman and Cole Whitt driving Toyota Camrys. This is a major step for Swan Racing as it seeks to improve its organization and to be more competitive in the upcoming season. Swan Racing completed its inaugural season this year under the leadership of team owner Brandon Davis.

The team is expecting steady improvement and we are in good position to deliver.

“When we launched Swan Racing we pledged to race hard every lap of every race. That’s what we have done and what we will continue to do. We learned a lot this year and now is the time to plan for the long term future by adding more resources to be more competitive,” said Davis.

“The team is expecting steady improvement and we are in good position to deliver,” said Kligerman. “Personally, I am looking forward to working with Cole as a teammate and as a competitor for Rookie of the Year honors.”

“I am really impressed by how everything is coming together for Swan Racing. This is the place to be and we are going to truly take the next step in 2014,” said Whitt. “Parker and I will learn a lot from each other next year while racing hard every lap of every race. I’m ready to get started!”

Swan Racing is preparing to move into its new shop in Statesville, NC. The 25,000 square foot facility will provide the team enough space to accommodate the two teams and even grow if necessary.

“This is an important moment for this young team,” said Swan Racing general manger, Bray Pemberton. “Things are falling into place and we are really looking forward to 2014. In the coming weeks we will make decisions on a number of additional details such as car numbers, hiring a crew chief and the addition of new sponsors,” he said.

Swan Racing competed in the NASCAR Sprint Cup Series in 2013 with several drivers including Michael Waltrip who raced the No. 26 Toyota in the Daytona 500 with a special paint scheme dedicated to the victims of the shootings and Sandy Hook Elementary School in Newtown, Ct. David Stremme then drove the No. 30 for the next 25 races. The team then auditioned several drivers including Whitt, Kligerman, and Kevin Swindell.