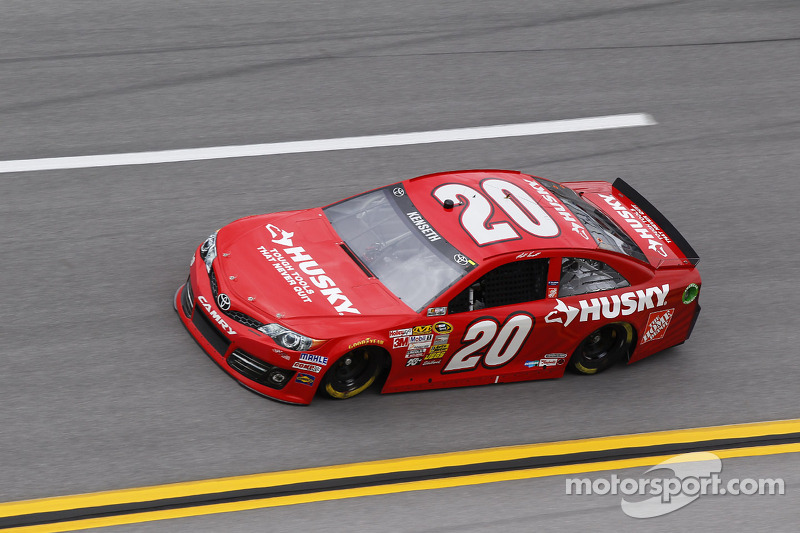 No. 20 Joe Gibbs Toyota, sort of, won their appeal while Penske Racing lost their cause except for the suspensions being reduced.

The No. 20 Joe Gibbs Toyota NASCAR Sprint Cup Series team won its appeal to the National Stock Car Racing Appeals Panel on Wednesday, sort of. JGR went before the Panel to appeal penalties handed down as a result of the engine raced in the No. 20 at Kansas Speedway on April 21 failing inspection. One of the connecting rods in the engine was too light.

According to NASCAR's original penalty announcement on April 23, the engine from the No. 20 car was in violation of sections 12-1 (Actions detrimental to stock car racing), 12-4J (Any determination by NASCAR Officials that race equipment used in the event does not conform to the NASCAR rules detailed in Section 20 of the NASCAR rule book, or has not been approved by NASCAR prior to the event) and 20-5.5.3E (Only solid magnetic steel connecting rods with a minimum weight of 525.0 grams will be permitted. Connecting rod failed to meet minimum connecting rod weight) of the 2013 NASCAR rule book.

After the penalties were announced, Kenseth referred them as "grossly unfair" and "borderline shameful."

As a result of the Joe Gibbs Racing appeal on Wednesday, the suspension of crew chief Jason Ratcliff was reduced from six races to one. His $200,000 fine, though, stood. Kenseth and car owner Joe Gibbs each got some of their lost points back. Originally, each was docked 50 points by NASCAR, but the Appeals Panel thought 12 points was a more reasonable deduction.

The Appeals Panel also rescinded NASCAR's ruling that the No. 20 would not receive owner's points for six races. Also, NASCAR previously declared that the pole Kenseth won at Kansas would not count as qualification into the 2014 Sprint Showdown, a race for previous season pole winners, and the race win at Kansas would not earn Kenseth bonus points for the Chase for the Sprint Cup postseason. That decision was also reversed.

While the penalties for the No. 20 team were lightened, the Appeals Panel came down harder than NASCAR on Toyota. Following NASCAR's original penalty announcement, Toyota Racing Development issued a statement accepting responsibility for the engine issue. NASCAR took five manufacturer's points front Toyota. The Appeals Panel, though, upped that penalty to seven points.

It was the second day in a row that a NASCAR Sprint Cup team had penalties lightened. On Tuesday, Penske Racing went before Chief Appellate Officer John Middlebrook regarding penalties issued by NASCAR for a rear end issue on its No. 2 and No. 22 Fords driven by Brad Keselowski and Joey Logano. Both cars were found to have unapproved rear end assemblies during re-race inspection at Texas Motor Speedway on April 13.