Fight breaks out on pit road during Cup qualifying at Phoenix 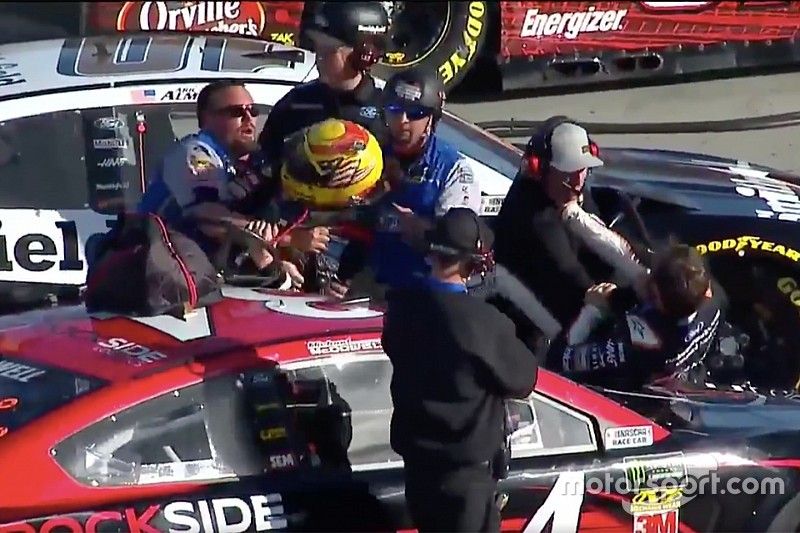 Tensions overflowed into a physical confrontation on pit road following the first round of NASCAR Cup Series qualifying at ISM Raceway on Friday.

Suarez was apparently upset that McDowell impeded his qualifying run on the track.

"(Suarez) tried to crash us and I just didn't appreciate it," said McDowell. “I held him up on that lap, that was just a miscommunication. We were all waiting until the end to go out there.”

Said Suarez: “Just a lack of respect. You got to try to get out of the way if someone is making a hot lap. That’s racing.