Stewart-Haas Racing has revealed details regarding Tony Stewart's back injury and have confirmed that he will miss out on the start of his final NASCAR Sprint Cup season. 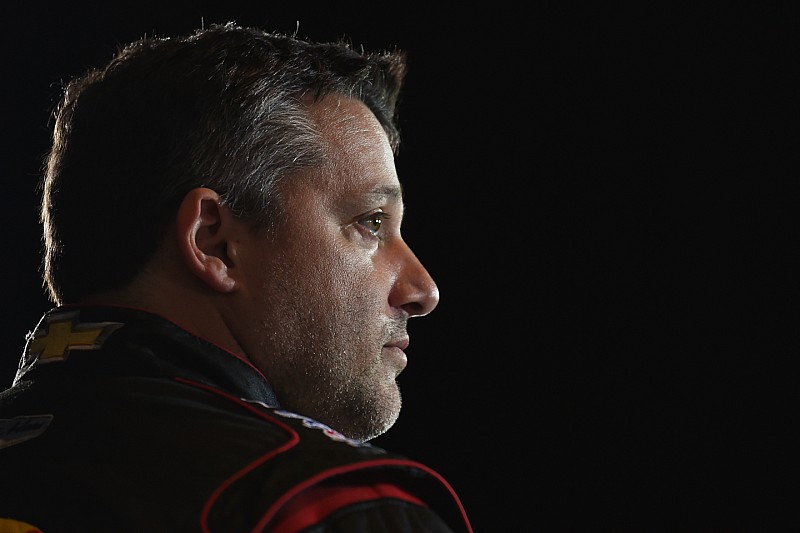 Tony Stewart, driver of the No. 14 Chevrolet for Stewart-Haas Racing in the NASCAR Sprint Cup Series, sustained a burst fracture of the L1 vertebra in an all-terrain vehicle accident Sunday while vacationing on the West Coast.

Stewart was transported to a local hospital following the non-racing accident and promptly evaluated. He was awake and alert throughout the process and able to move all of his extremities.

Stewart flew to North Carolina Tuesday evening and was admitted to a Charlotte-area hospital for further evaluation. On Wednesday, he underwent surgery.

The subsequent recovery period means Stewart will miss the beginning of the Sprint Cup season. A timetable for Stewart’s return has not been determined, but he is expected to make a full recovery and return to the No. 14 Chevrolet in 2016. Plans for an interim driver have not been finalized.

Stewart-Haas Racing officials announced Tuesday that Stewart injured his back on Sunday and was hospitalized after being involved in an accident in an all-terrain vehicle. In a statement, SHR called it a “non-racing incident.”

Stewart attended the Barrett-Jackson auction Saturday night in Scottsdale, Ariz., and according to sources, was among a group including Jeff Gordon, Rusty Wallace, Don Prudhomme, Ray Evernham and Greg Biffle, who traveled to the home of car collector Ron Pratte on Sunday, which is located near Winterhaven, Calif., on the Arizona/California border.

On Sunday, many in the group spent time driving sand buggies on a tract of land owned by Pratte in the Glamis Sand Dunes, where Stewart’s incident occurred.

In SHR’s initial statement, it said Stewart, 44, was awake and alert and could move his extremities.

Biffle spoke publicly about the event for the first time on Wednesday night on SiriusXM NASCAR Radio and said he was told by those who assisted Stewart that he was “in a lot of pain” after the incident.

“I do know that the people that helped him – I don’t know if he got out of the car on his own – (said) he was walking and moving all his extremities and all that, but he was in a lot of pain,” Biffle said.

Biffle said he was not near Stewart when the incident took place and he didn’t witness it himself.

In the summer of 2013, Stewart was seriously injured in a dirt track race in Iowa and missed the rest of the 2013 season recovering from a compound fracture of his right leg.

A year later, a sprint car driven by Stewart struck and killed driver Kevin Ward Jr. at a dirt track in upstate New York on the night before the Cup series race at Watkins Glen (N.Y.) International.

A New York grand jury declined to indict Stewart on any charges related to the incident. Ward’s family has since filed a wrongful death lawsuit against Stewart but no trial date has been set.

Stewart failed to make the 16-driver Chase field this past season and finished 28th in the series standings – the lowest of his career for any season in which he competed in all the races. He also failed to earn a top-five finish for the first time in his NASCAR career.

Last fall, Stewart announced the 2016 season would be his last as a fulltime competitor in NASCAR.

Stewart is one of the most diverse and successful drivers in American motorsports, and at times has been one of its most controversial. His driving legacy transcends from Midwestern dirt tracks to the superspeedways of NASCAR.

Stewart’s driving career is without question Hall of Fame material. He’s won 48 Cup races – tied with Herb Thomas for 13th all-time. He’s also won three Cup championships – the most recent in 2011 – and captured an IndyCar Series title in 1997 before his fulltime move to NASCAR.

Greg Biffle: Stewart was in "a lot of pain" after sand buggy accident