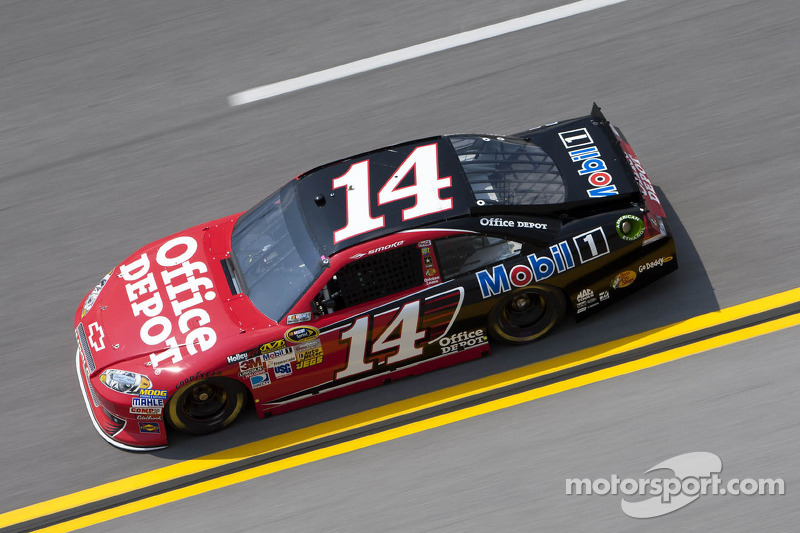 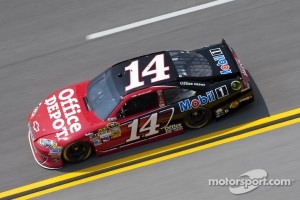 Tony Stewart had a strong opening in the Aaron’s 499 NASCAR Sprint Cup Series race Sunday at Talladega (Ala.) Superspeedway. Unfortunately, his ending was at the other end of the racing spectrum, as he finished 24th after being collected in a late-race crash.

Stewart started eighth and rocketed to the lead on just the first lap. The driver of the No. 14 Office Depot/Mobil 1 Chevrolet for Stewart-Haas Racing (SHR) led the first 16 circuits around the 2.66-mile oval and ran among the top-five until lap 100. There, after a series of green-flag pit stops, Stewart’s engine began to run hot.

Three-time and reigning Sprint Cup champion Stewart had to duck out of the draft to get clean air onto the grill openings in the nose of his Chevy, and while he was able to cool the engine’s water temperature, the engine’s water pressure still was dangerously high. It wasn’t until a lap 177 pit stop under caution that the team was able to go under the hood and decrease the water pressure.

Stewart left pit road and restarted in 18th with an Office Depot/Mobil 1 Chevy that was back to the strong form it showed at the beginning of the race. But as is often the case in restrictor-plate racing at Talladega, where cars run in packs and one small misstep by one driver drastically affects others, a multi-car crash on lap 186 collected Stewart as he was making a run toward the front.

“I thought it was a pretty good race. I made it further than I thought I would before I got crashed,” said a sarcastic Stewart after the race.

Despite the 24th-place finish, Stewart gained one position in the championship standings. He rose to seventh and has 328 points, 50 behind series leader Greg Biffle.

Stewart’s SHR teammate, Ryan Newman, had an even worse day at Talladega. The driver of the No. 39 Bass Pro Shops/Tracker Boats Chevrolet finished 36th after an engine failure 42 laps into the race. Newman fell three spots to 13th in points. He’s 92 points out of first with a tally of 286.

Kyle Busch finished .304 of a second behind Keselowski in the runner-up spot, while Matt Kenseth, Kasey Kahne and Biffle rounded out the top-five. Clint Bowyer, David Ragan, Trevor Bayne, Dale Earnhardt Jr. and Jeff Burton comprised the remainder of the top-10.

There were five caution periods for 24 laps, with 19 drivers failing to finish the 194-lap race, which was extended six laps by a green-white-checkered finish.

Bayne scores a top 10 at Talladega