Stewart announces 2016 season will be his last as a driver 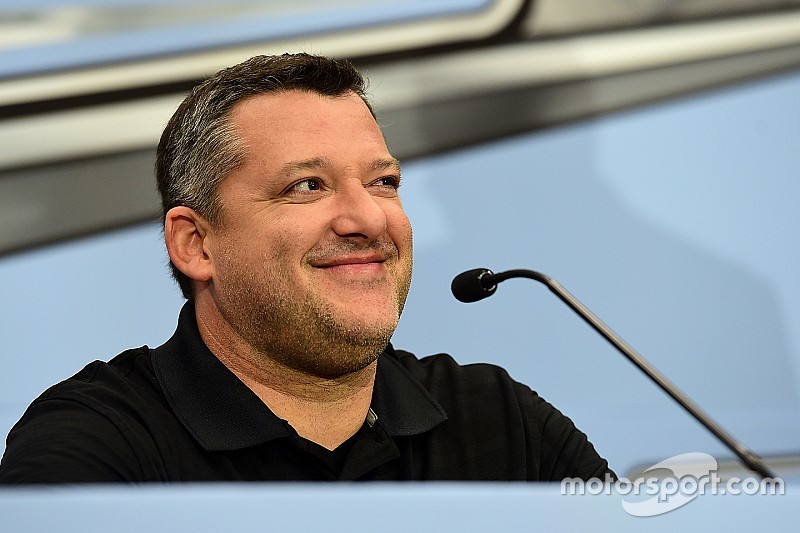 Tony Stewart, a three-time Sprint Cup Series champion and former IndyCar Series champion, confirmed Wednesday the 2016 season will be his last as a fulltime driver in NASCAR.

Stewart made the announcement on Wednesday in a news conference at Stewart-Haas Racing headquarters in Kannapolis, N.C. His retirement was first confirmed on Sunday by Motorsport.com.

"Next year will be my last in the Sprint Cup Series and the decision was 100 percent mine," said a relaxed Stewart. "I'm still going to race, I'm not retiring from racing ... Just Sprint Cup.

"I'm going to get to do a lot of things that I've not been able to do."

Stewart, 44, has been one of the most diverse and successful drivers in NASCAR history and at times one of its most controversial. During the press conference, Clint Bowyer was also confirmed as his successor in the No. 14.

He’s won 48 Cup races – tied with Herb Thomas for 13th all-time. He’s also won three Cup championships – the most recent in 2011 – and captured an IndyCar Series title in 1997 before his fulltime move to NASCAR.

In 1995, Stewart became the first driver to win USAC’s version of the “Triple Crown,” earning championships in all three of USAC's major divisions – National Midget, Sprint, and Silver Crown.

Stewart began his Cup career with Joe Gibbs Racing but stunned the NASCAR world when he left after the 2008 season to become part-owner and driver for Stewart-Haas Racing, co-owned by Gene Haas.

Stewart will retain his ownership role in the organization going forward.

"We're going to do everything we can to win another championship. To be perfectly honest, there was a chance this could happen at the end of this year. The reason it didn't was the fans. It's as important for me to do this for them as it  as it for my career."

In his racing career, Stewart has won many of the most prestigious races in motorsports. He’s a two-time winner of the Brickyard 400 at Indianapolis Motor Speedway, the 2009 NASCAR All-Star Race winner, a two-time Chili Bowl winner and in 2001 was inducted into the National Midget Auto Racing Hall of Fame.

It’s been a difficult past two seasons for Stewart away from his NASCAR career.

Last month marked the one-year anniversary since a sprint car driven by Stewart struck and killed driver Kevin Ward Jr. at a dirt track in upstate New York on the night before the Cup Series race at Watkins Glen (N.Y.) International.

Ward, upset at getting wrecked minutes earlier, was walking on the track while the race was under caution.

Stewart sat out the race at the Glen and two others before returning to action. A New York grand jury eventually declined to indict Stewart on any charges related to the incident. Ward’s family have filed a wrongful death lawsuit against Stewart but a trial date has yet to be set.

In the summer of 2013, Stewart was seriously injured in a dirt track race in Iowa and missed the rest of the season recovering from a compound fracture of his right leg.

This season has been Stewart’s worst performance-wise since joining the Cup series fulltime in 1999.

He failed to make the 16-driver field for the Chase and is currently 25th in the series standings. Stewart does not have a top-five finish yet this season – he has never previously gone a season without one – and has just two top-10s in 28 starts.