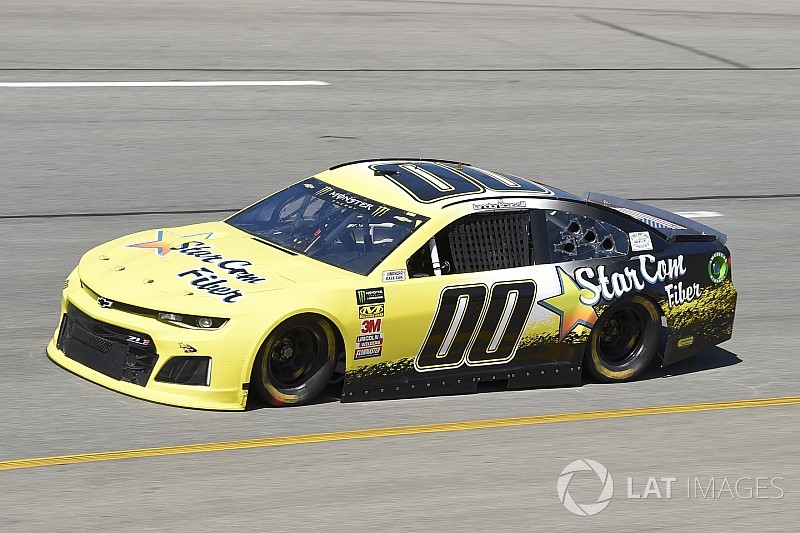 Cope competed in select races in 2017 as StarCom prepared for its first full year but stepped back for the role when Jeffrey Earnhardt was signed for ’18.

Earnhardt and StarCom parted ways after five difficult races, and Landon Cassill stepped in as driver of the No. 00 Chevrolet Camaro after he was dropped from Front Row Motorsports at the end of 2017.

StarCom had previously made it known that it could run the #99 Camaro for a driver with significant sponsorship during 2018, but Cope will now drive at Dover.

“It’s hard to believe we are this far into the season already,” said Cope. “I am pleased with the progress that our team has made.

“I have been consumed with the team manager duties up to this point but am excited to get back into the No. 99 Chevrolet and especially at Dover, one of my favorite tracks.”

Cassill will return to the team having sat out Talladega as Joey Gase, the team's third driver of the year, ran the #00 Chevrolet at Talladega.

The StarCom driver added that Dover will be a race of “survival”.

“I’m excited to be back in the car, especially at such a challenging place like Dover,” said Cassill. “It will be a race for survival, like always, and I’m anxious to see what kind of progress we can make on the car in practice.”

StarCom’s best result in 2018 came at Bristol with a 20th place finish in the hands of Cassill.

Paul Menard: “I think you’ll be able to pass on the Roval”