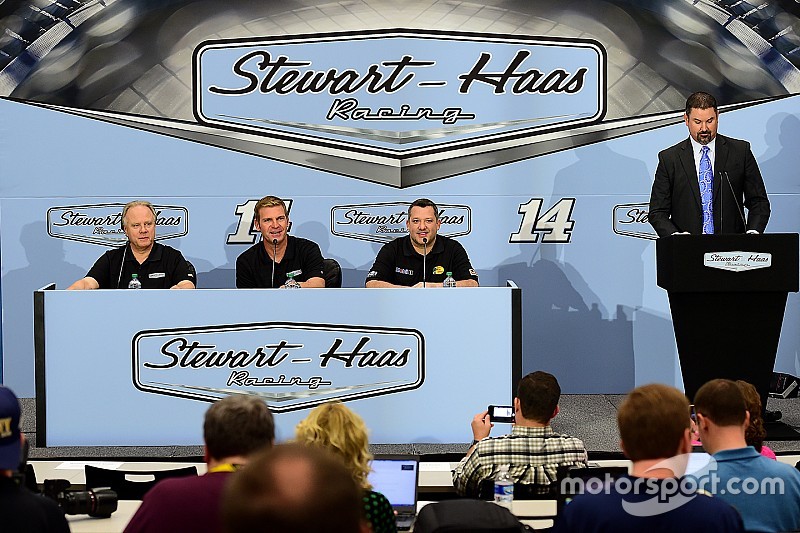 As it turns out, Smoke will be rising for a long time to come.

Tony Stewart, who long ago picked up the moniker “Smoke,” confirmed on Wednesday that the 2016 season would be his last as a fulltime driver in NASCAR’s Sprint Cup Series.

However, if anyone thought Stewart would go quietly into the night – either in his final season as a competitor or after his Cup driving career was over – they were sadly mistaken if they listened to his news conference.

Tony Stewart on why he isn't retiring this year

There was some talk this week that Stewart’s decision to step away from driving in the Cup series would somehow free him from some giant burden that he would never have to shoulder again.

That’s certainly not the message Stewart portrayed on Wednesday.

In fact, if Stewart the three-time Cup series champion isn’t around to tangle with NASCAR officials or the media, Stewart the car owner seems pleased with the opportunity to continue the tradition.

“I love what I do with NASCAR and I love what I do as a driver, and the great thing is I’m not going anywhere. NASCAR is probably going to be the most disappointed of everybody today because they aren’t getting rid of me. They have to deal with me as an owner,” Stewart said.

Of course, Stewart said all of that in a joking manner, but is there really any doubt to its truth?

The competitive fire is still there

Does anyone who has followed Stewart’s illustrious driving career believe that Stewart the car owner won’t be just as passionate, just as fiery a competitor?

As Stewart himself pointed out, he has already enjoyed immense success as a team owner and there is no reason why a more expanded version of that role wouldn’t light his competitive fire just as much as driving.

“That fire is still there, and that's what makes this transition much easier for me. I'm not sitting here trying to figure out what I'm going to do and I'm not trying to find something to be competitive with. It's already there, we've already been doing it, it's just a change in direction on the Cup side.”

Why he decided to give it one more year

Stewart even said he originally considered stepping away from his Cup driving career at the end of this season.

The reason he changed his mind?

“One hundred percent because of the fans that have supported us through the years,” he said. “I've seen and been able to follow what Jeff (Gordon) has done this year and see how much it's meant to the fans to watch him race and have the knowledge and knowing that it's their last year to watch him.

Those aren’t the words of someone looking forward to being freed from a sport that somehow restrained him from what he really liked.

Those are the words of someone embracing the sport more than ever before.