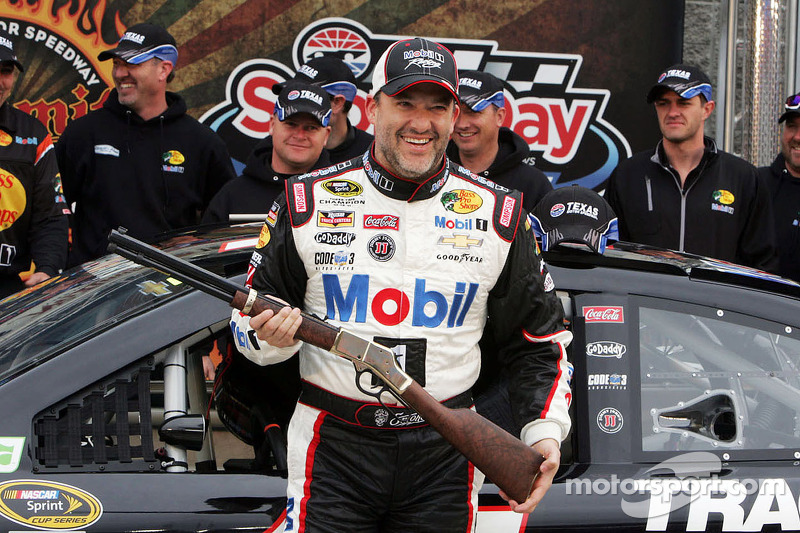 The Stewart Haas driver claimed his first pole of 2014.

As time ran out on the last of three rounds of NASCAR Sprint Cup Series qualifying on Saturday at Texas Motor Speedway for Sunday's Duck Commander 500, Tony Stewart posted a time of 27.628 seconds (195.454 mph) to claim the first Sprint Cup pole for his No. 14 Stewart-Haas Racing Chevrolet since September 2012.

"The first run, I knew I didn't run a very good lap, and then the second run really wasn't much different than that, but we knew we had a heat cycle on the tires," Stewart said. "This thing is fast. It was good in the first run, and in the second run, it was pretty good and we were second and we ran a little bit quicker. We didn't know what we could run this third time, but I knew what (Greg) Biffle had run. The good thing is (crew chief) Chad Johnston made a really big change there to try and make it better."

Brad Keselowski, who held the provisional pole spot with his time of 27.633 seconds (195.419 mph) prior to Stewart's lap will start second on Sunday in the No. 2 Team Penske Ford. Stewart's SHR teammate, Kevin Harvick in the No. 4 Chevrolet will start third, sharing the second row with the No. 16 Roush Fenway Racing Ford of Greg Biffle. 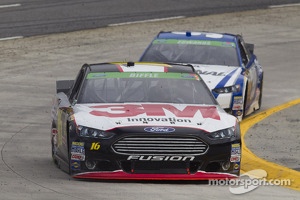 "Of course we're disappointed," Keselowski said. "We wanted to sit on the pole, but it wasn't meant to be. Tony, obviously, put down a great lap there at the end. I didn't see that one coming. I thought we had it, but that's why they do it this way."

Biffle led the way for the 24 drivers who advanced to the second round, with his lap time of 27.518 seconds (196.235 mph), while Stewart posted the second-fastest lap of the session. The No. 22 Team Penske Ford of Joey Logano advanced to the final round of 12, and with the No. 48 Hendrick Motorsports Chevrolet of Jimmie Johnson not making it to round three, Logano stands as the only driver who has advanced to the final round in every qualifying session for which NASCAR has used the current format. In the end, Logano wound up 10th.

"Today, we're really surprised not to have pace here in qualifying," Johnson said. "We have a very fast race car, in race trim especially. Our car is blazing fast. Qualifying hasn't always been my strong suit, and today, it showed up here for whatever reason."

The finishing order of the final round set the top-12 for the starting grid, which is as follows: Stewart, Keselowski, Harvick, Biffle, Edwards, the No. 11 Joe Gibbs Racing Toyota of Denny Hamlin, Bayne, Newman, the No. 9 Richard Petty Motorsports Ford of Marcos Ambrose, Logano, Busch and the No. 24 Hendrick Motorsports Chevrolet of Jeff Gordon.