Silly season is in full swing after Newman wins at Indy 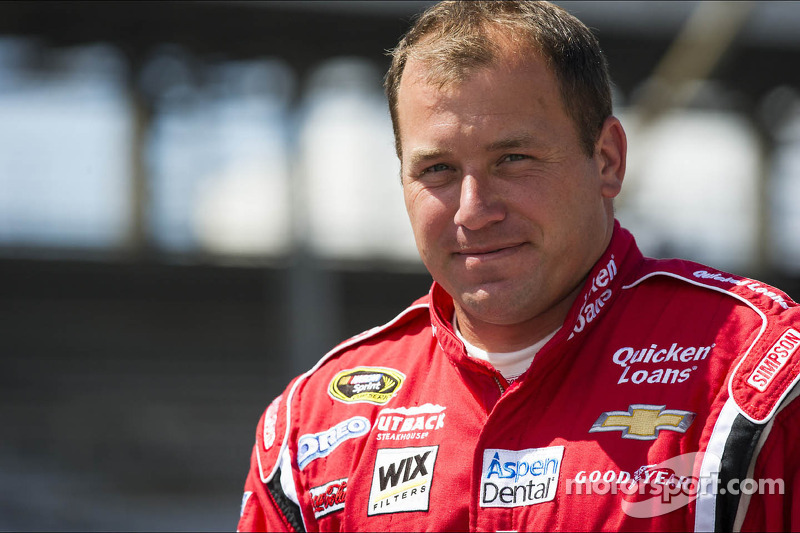 Newman to Roush Fenway...mark my words.

With his win at Indianapolis, it is hard to believe that Ryan Newman is not the most eligible free agent come this offseason. When the news hit that he would not be with Stewart Haas Racing, it looked as if it was going to be a rough off season for Newman. This sad story was playing out before our very eyes and it seemed as if Newman was just going to be the punch line of many people’s jokes throughout the rest of 2013.

It all changed this past Sunday.

When it comes to Indianapolis, perhaps the most storied track in all of America, there is a lot of talk of whether or not Sprint Cup racing belongs there. The racing is often single file, boring and passing is hard to come by. But what the Brickyard offered this Sunday was a shot at redemption for Ryan Newman and he seized the moment. After securing a new track record in qualifying, Newman won on the biggest stage of American motorsports and that is going to pay him dividends come this offseason. 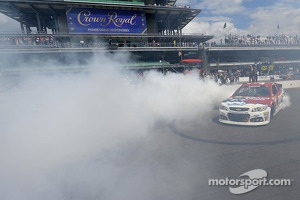 What now separates Ryan Newman from drivers such as Kurt Busch and perhaps even AJ Allmendinger is that he has that elusive win. After Newman was thrown to the wolves, he proved many others, including myself that I was wrong about his ability to still win with SHR and be competitive. In an article I wrote about addressing the possible destinations for Newman in 2014, I stated that Harvick was the choice for Stewart Haas due to the fact that he can win races and be a perennial chase contender. This win proves that Newman is still that guy and can still get it done!

Owners such as Jack Roush, Roger Penske and Richard Childress all have a tougher decision to make. I still can’t see Roush Fenway attracting sponsorship for Newman, but I think he would fair very well in a #6 Quicken Loans Ford Fusion. Roush would have a solid lineup of drivers which with the help of Newman (an engineer), could be in better shape than they are this year. It would be a win-win situation for Roush, but the sponsorship hurdle has proven to be very difficult for RFR.

Penske is also an interesting prospect for Newman. If Newman ended up back in his #12 ride at Penske, he would rain on the “AJ Allmendinger Redemption” party. Penske could be sympathetic to Newman’s plight for a full time Sprint Cup ride next year. They have a solid history together and Penske has an opportunity to get the Rocketman back in his fold again. Whether Newman ends up at Roush or Penske, either way, Ford is getting a good veteran driver who can help develop younger drivers such as Stenhouse, Bayne and Logano. 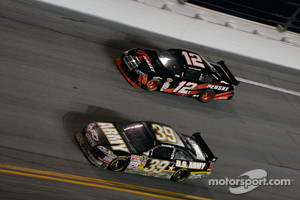 The riskiest decision in all of this free agency business is going come from Richard Childress. Childress has been linked to Kurt Busch in recent months (Jayski.com) and that seems to be the popular rumor throughout the garage area. But if Childress is smart and I think he is, he’ll take on Newman. Even if the contract is for a year or two, Childress needs to get a driver he doesn’t have to babysit.

Kurt Busch is still the same driver he was at Penske when he drove the 22. Busch lacks discipline and needs to be told “no” one more time before he drives for a winning team. Busch still exhibits mental mistakes on track, pit road and has yet to prove he is good enough to win a race so far this year.

Mark my words that Ryan Newman will be with Roush Fenway Racing next year. While Childress should choose Newman for the 29 ride, I think he will go with a similar driver to Kevin Harvick and that is Kurt Busch. Childress will firmly believe that he can resurrect Busch’s turbulent career and that is a very appealing thing to an owner who has essentially won/done everything on the cup level. So if you are reading this Jack Roush, the ball is in your court!

Stewart hospitalized during sprint car race, will miss The Glen