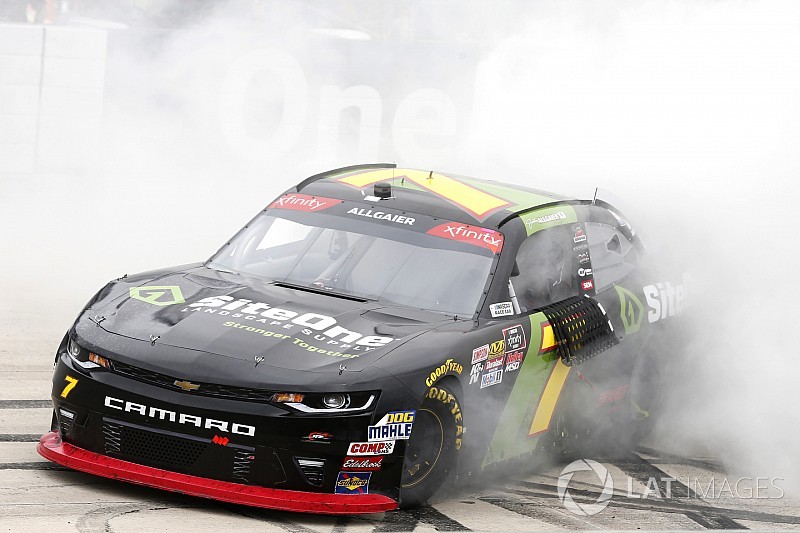 On the Cup side, both the No. 14 Stewart-Haas Racing (finished second) and No. 19 Joe Gibbs Racing teams (finished third) have been nailed with an L1 penalty for issues with the rear window area.

Daniel Suarez's crew chief Scott Graves has been fined $50,000 while car chief Todd Brewer has been suspended for the next two races. The team has also been assessed the loss of 20 driver and owner points.

Kevin Harvick and Chase Elliott were penalized for similar issues earlier in the season.

Additionally, due to issues with the front splitter, Austin Dillon's crew chief Justin Alexander has been fined $25,000 and car chief Greg Ebert suspended for one points-paying event.

After finding a improperly installed lug nut on the No. 41 SHR Ford, Kurt Busch's own crew chief Billy Scott has been fined $10,000.

In the Xfinity Series, NASCAR took issue with the rear suspension of the race-winning No. 7 JR Motorsports car of Justin Allgaier, leading to a two-race suspension for crew chief Jason Burdett. He will also have to pay a $25,000 fine and the team has been docked 25 driver and owner points.

The win will also no longer count towards Playoff eligibility.

JR Motorsports has since issued the following statement: “As a highly-competitive race team that challenges for wins each and every weekend, we’re deeply disappointed and frustrated in today’s ruling. We strive to produce race victories for JR Motorsports’ partners, fans and employees while adhering to the rulebook,” said Kelley Earnhardt Miller, general manager of JR Motorsports. “To that end, the No. 7 team put on a winning performance in Saturday’s race and received damage on the last lap that we believe contributed to this infraction. We will never fault ourselves for that.”

The No. 3 Richard Childress Racing NXS team was penalized for a splitter that did not meet specifications.  Crew chief Nick Harrison has been fined $10,000 and car chief Michael Scearce has been suspended from the next NASCAR Xfinity Series Championship Points Event.

Roundtable: Would sale of NASCAR be good for the sport?