Ryan Newman: “We’re not done, we’re just out at this point" 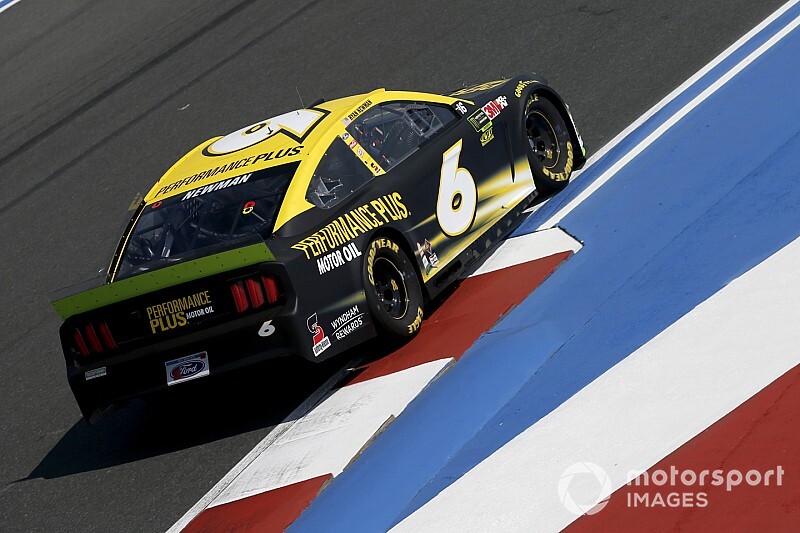 Ryan Newman kept taking hits in Sunday’s race at the Charlotte Roval but his playoff hopes kept bouncing back.

But he ended up with one obstacle too many.

Newman was running 15th in the final laps of Sunday’s Bank of America 400 while Alex Bowman was second. If the gap held between those two drivers, Newman would squeak into the final transfer spot in the Cup Series playoffs.

But entering the backstretch chicane on Lap 108 of 109, Newman failed to successfully navigate it, which forced NASCAR to call him for a penalty.

“We had a little miscommunication. I missed the curbs down there in the chicane and I was under the impression that I had to do a stop-and-go over there, but then they told me I had to do a pass-through, I guess because I didn’t get it that lap,” Newman said.

“So, I zigged and zagged and I guess got (Daniel Suarez) turned around or whatever. It wasn’t anything intentional by any means, but whether he thought it was or didn’t I didn’t really care.”

When Newman didn’t do the standard stop-and-go penalty before the end of the race, he was assessed a 30-second time penalty afterwards, which left him in 24th and one of the four drivers who failed to advance to the Round 12.

“We just didn’t have it. I screwed up several times. We didn’t have a great race car, struggled all weekend, didn’t qualify good, just nothing went our way, but that’s racing and those other guys did a better job,” Newman said.

“Obviously, the Hendrick guys had a great road course package and we didn’t and we just didn’t do a good enough job, period.”

Newman said a lot of his mistakes in Sunday’s race may have come from “trying too hard.”

“We did not have the race car and that’s what I had to do. I felt like we were in a position at one point and then just kept trying too hard trying to keep (Aric Almirola) behind us and missed the curbs. That was unfortunate,” he said.

“We came in at a big deficiency and finished (16) points out or whatever it was, but, no matter what, we’re still going to fight for fifth. I’m proud of everybody at Roush Fenway for the fight and the opportunity that they’ve given me.

“We’re not done, we’re just out at this point.”

NASCAR to speak with Wallace after “not classy” confrontation