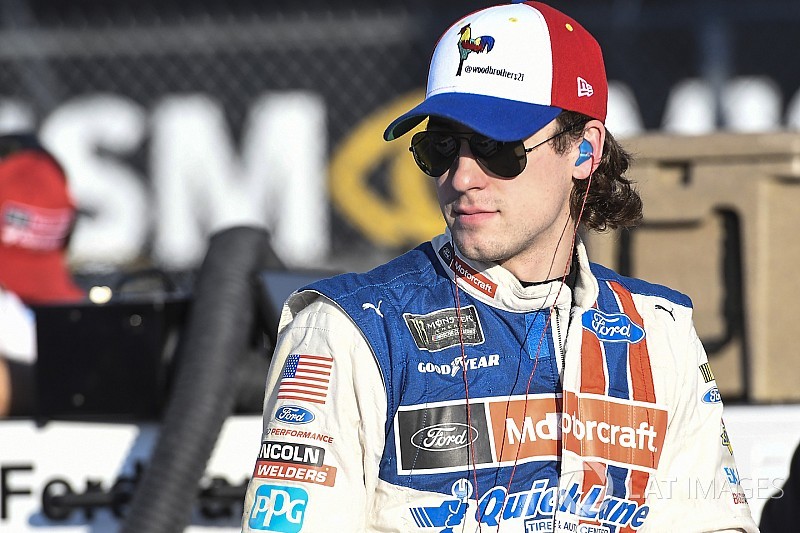 Ryan Blaney defied the odds Sunday and still has a chance to win his first NASCAR championship.

It was already going to be a difficult road to the NASCAR Playoffs’ Round of 8 for the Wood Brothers and Blaney even before they had their qualifying speed disallowed by NASCAR on Friday.

That penalty pushed Blaney to last-place on the starting grid for Sunday’s Hollywood Casino 400 at Kansas Speedway. With only a nine-point cushion to work with, Blaney was going to need a solid run.

He got that and more.

In fact, Blaney’s third-place finish was his best finish and most consistent performance since his victory at Pocono (Pa.) Raceway in June.

“We started off in the back and was able to make some good ground early. We were able to run up through there and made good adjustments throughout the day which got us in a spot to be up toward the front towards the end and advance,” Blaney said after the race.

“It was a solid day for our team. We overcame a lot coming from the back and they should be proud of that.”

Blaney enters the Round of 8 ranked seventh among the eight drivers still in playoff contention. The four drivers lowest in points without a victory will be eliminated following the Phoenix race in three weeks.

Blaney’s performance Sunday was among his most complete of the season. He finished fourth in Stage 1 and eighth in Stage 2, collecting valuable Stage points during the race that ultimately helped him to advance in the playoffs.

He also narrowly avoided getting caught up in a multi-car wreck early in Stage 3 that required a more than 10-minute red flag to clear the track of debris.

“We ran strong enough all day that we should have been in with where we ran,” he said. “I am really proud of my team for the effort and we will move on to the next round and Martinsville.

“I didn't really have any goals, expectations. I just wanted us to do well, see where it ended up. It's going pretty decent for us right now. Hopefully, we can keep that going.”