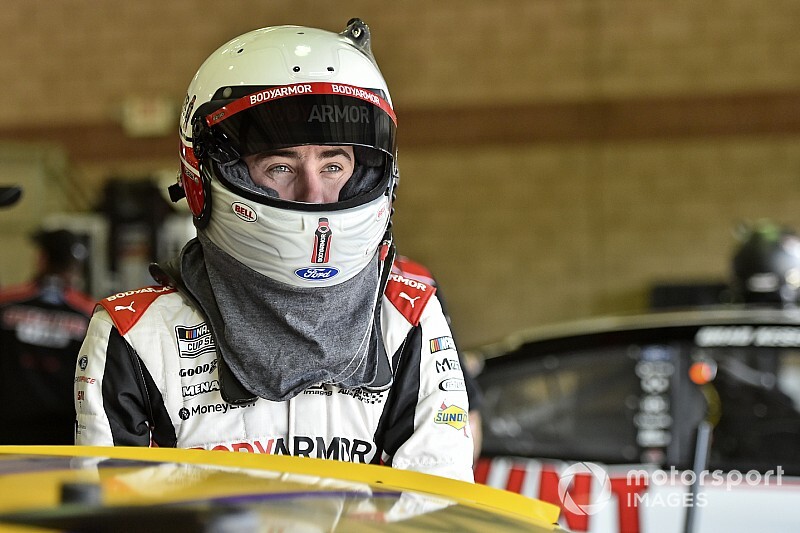 Ryan Blaney has a strong start to the 2020 NASCAR Cup Series season but it’s his finishes the last two weekends that have left him frustrated.

Three races into the season, Blaney leads the series standings. He kicked off the year finishing second in the Daytona 500, inches away from victory.

He’s run up front and led laps in all three races and been in contention for the victory. The circumstances of losing out on the win the last two weeks, however, have been difficult ones.

At Las Vegas, Blaney was leading when a late-race caution provided a near-impossible choice whether to pit knowing all or most of those behind him would likely choose to do opposite of what he did.

That’s exactly what happened, as Blaney elected to pit, and many lead-lap cars stayed out, burying him in the field on the restart. He finished 11th.

Sunday at Auto Club Speedway, Blaney looked to have the only car capable of keeping up with race winner Alex Bowman, but while running second with three of 200 laps remaining, he was forced to pit with a corded tire.

“Yeah, we led a little bit and ran pretty good,” Blaney said. “We just corded a right rear at the end. We lost the lead there at the beginning of the third stage and kind of got swallowed up, and (Bowman) got away and got gone.

“We needed to be in front of him. It is just the way it goes sometimes.”

During the race, Blaney had finished second to Bowman in the first stage and won the second stage by a wide margin.

It was unclear whether he would be able to challenge for the lead in the final laps, but he almost certainly was looking at a runner-up finish.

And again, Blaney was left to wonder, ‘What if?’

No win, but Jimmie Johnson "is going in the right direction"

NASCAR shifts to center-locking wheels for 2021