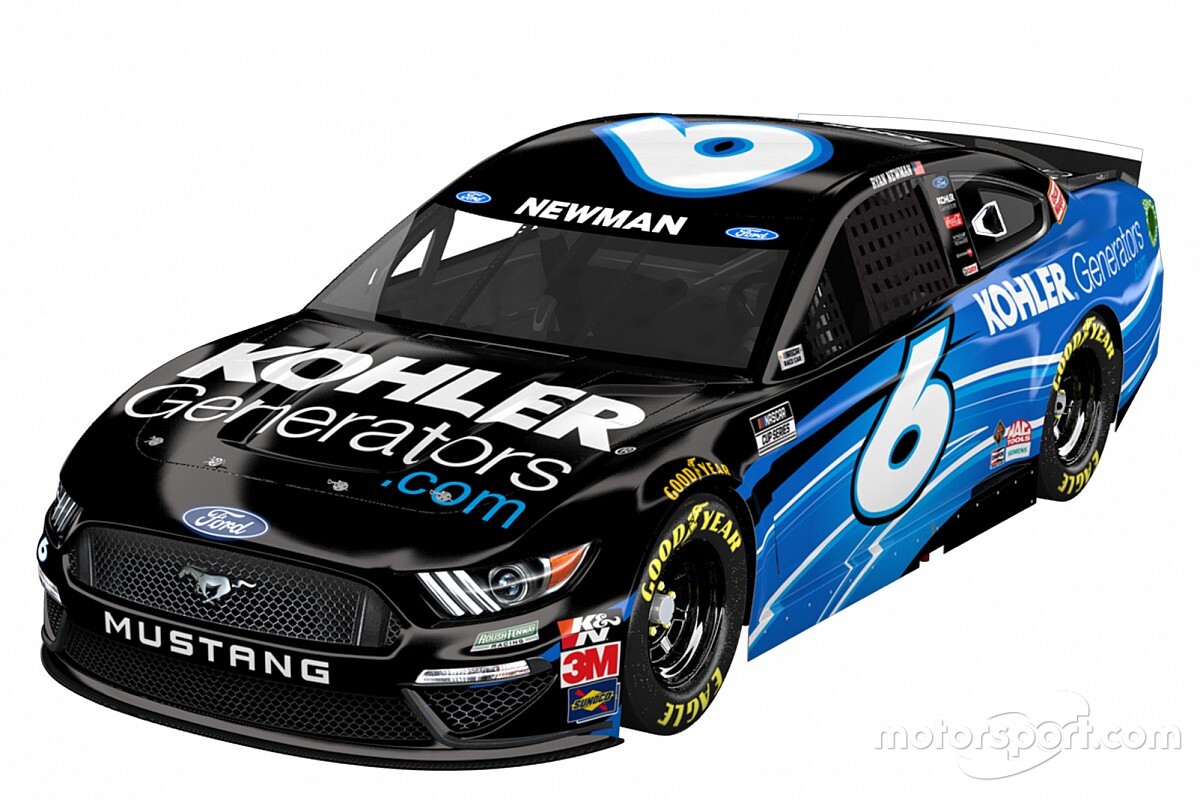 Roush Fenway Racing will debut a new anchor sponsor on Ryan Newman’s No. 6 Ford beginning with the 2021 Daytona 500.

Kohler Generators, a leader in home backup generators which operates under the umbrella of Kohler Co., will make its debut as a primary sponsor on Newman’s No. 6 in the Feb. 14 Daytona 500.

Kohler Generators will also serve as Newman’s primary partner for races at Atlanta in March, Darlington and Charlotte in May, Road America in July, Bristol in September and Talladega and Martinsville in October.

“We are looking forward to getting back to Daytona this year, and bringing on Kohler Generators as the primary partner for our biggest race of the season is really exciting,” said Newman.

“We came very close to winning this race last season, so hopefully this year we can go to Daytona, finish the job and put that Kohler Generators Ford in Victory Lane.”

Newman, the 2008 Daytona 500 champion, enters his 20th fulltime season in the NASCAR Cup Series, and third driving Roush’s No. 6.

The 43-year-old veteran was seconds away from winning the 2020 edition of ‘The Great American Race,’ before a horrific crash at the finish line. He was hospitalized with a closed head injury after the accident, was released less than 48 hours later and made a miraculous return to the track after missing just three races.

“We are pleased to welcome Kohler to the Roush Fenway Family,” said NASCAR Hall-of-Fame team owner Jack Roush. “We share the same pursuit of high performance in both of our fields, and I cannot think of a better place to kick off the partnership than Daytona.”

Head-to-Head: COTA or Bristol dirt to have more impact on 2021?