On this week's NASCAR Roundtable, we talk about the new crew chief for Jimmie Johnson, NASCAR's return to road course action and the potential for a new winner. 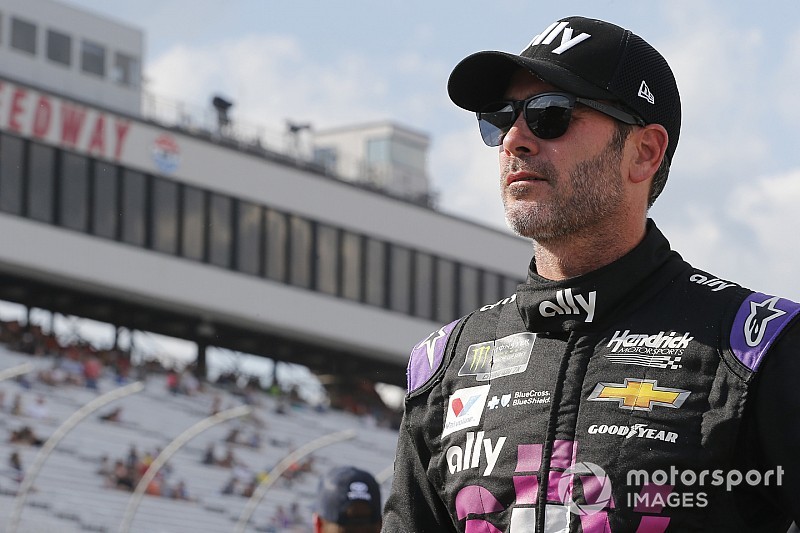 Jimmie Johnson is now on his third crew chief in a year. Is the change too late to make a difference in the 2019 season?

Jim Utter: For me, it's hard to say, simply because Hendrick Motorsports hasn't been setting the world on fire performance-wise this season. Yes, Chase Elliott and Alex Bowman have wins but the most consistent performer this season has been William Byron and he has yet to win in the Cup Series. I certainly don't think Jimmie Johnson would make another change lightly so I feel like he believes a new crew chief will improve the team's performance. I'm not sure, however, there is enough time for the change to make a significant impact on the 2019 season.

Nick DeGroot: I really don't know what's missing with the No. 48 team or if a crew chief change will do anything about it, but they couldn't continue without making some changes. The playoffs are close and Johnson is in real danger of being out, which despite his winless streak is unthinkable. As for it being too late, I would hesitate to say that as we all remember Tony Stewart's incredible turnaround in 2011 but they do indeed have a hard road in front of them.

Tim Southers: I’m not too sure. I think it’s way too early to answer that question. Obviously the driver felt a change needed to be made or this wouldn’t have happened before the end of the season. Although Alex Bowman and Chase Elliott have won races, Jimmie Johnson in experiencing the longest winless streak of his career so I’m sure they are willing to try something new to get him back to Victory lane.

Has Denny Hamlin cemented himself as a serious contender for the 2019 Cup series championship?

Jim: It certainly seems so. The last two weeks have shown me that Hamlin and his No. 11 team are just as capable as Kyle Busch or Martin Truex Jr. to contend for wins week-in and week-out. I think Hamlin would probably have more wins now - or at least have been a factor in more of the outcomes - if were not for some of the self-inflicted wounds, such as pit road penalties. If the No. 11 team can keep those to a minimum, it certainly can go far.

Nick: He sure seems to have raised himself to the level of teammates Kyle Busch and Martin Truex Jr. making JGR an even bigger threat heading into the postseason. Hamlin may not be a champion yet but he has been in the hunt multiple times. Maybe 2019 is the year for the 2x Daytona 500 winner.

Tim: Although he won the season-opening Daytona 500, he kind of fell off the radar for the rest of the first half of the season, but he and his team have really stepped up their performances of late highlighted by the win last weekend. They have been fast at times but always seemed to find a way to take themselves out of contention for wins with penalties, etc. but now they seem to be clicking on all cylinders.

Is Watkins Glen more likely to produce a new winner this season or is it another race for the taking by Joe Gibbs Racing or Team Penske?

Jim: Considering some of the best road course performers of late have been the drivers from Joe Gibbs Racing and Team Penske, I'm leaning to another familiar winner at Watkins Glen. Even last year's winner at The Glen - Chase Elliott - has already won this season.

Nick: It's a huge opportunity for drivers who may not get another chance before the playoffs. Daniel Suarez is one that comes to mind, having finished third and fourth in previous two races there. But no, I don't think Penske and JGR are going to control this race. Watkins Glen is an unpredictable, chaotic race known for wild finishes. I do believe we will see a new winner.

Tim: I tend to agree with Jim that a familiar face will probably win this weekend at The Glen and it will mostly likely come from either Joe Gibbs Racing or Team Penske. However, don’t count out Matt DiBenedetto as a surprise winner this Sunday at The Glen. He had a strong run at Sonoma last month and the team has really performed well the past five races or so and I would not be shocked to him and Leavine Family Racing contending this Sunday.

Who is likely to benefit most in the Xfinity Series during its stretch of road course races over the next couple months (and beginning this weekend at Watkins Glen)?

Jim: I think Justin Allgaier could well be the driver to take most advantage of the road course race stretch coming up in the Xfinity Series. Allgaier has yet to win this season and would love to lock in his playoff sport and he won two road course events last season - at Mid-Ohio and Road America. Chase Briscoe, who is coming off his first win of the season last weekend at Iowa, won at the Charlotte Roval last fall and could also make another trip to Victory Lane.

Nick: Definitely Allgaier, who surprisingly has not won yet this year. But he has won at Mid-Ohio and Road America in the past, as well as Montreal when it was still part of the schedule. I'd also just generally say the midfielders who normally don't have a chance have a big opportunity to snag an unlikely victory as Jeremy Clements did in 2017.

Tim: I think Justin Allgaier is the odds on favorite to win at least two of the three road course races coming up in the near future for the Xfinity Series. He won twice last year and I could see him repeating at one or both of the courses where he won and also picking up a win this weekend at Watkins Glen.